[OPINION] The slow death of Philippine history in high school 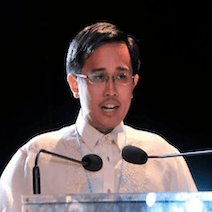 Unfortunately, no changes were made with the Araling Panlipunan (AP) curriculum. Organizations such as the Teacher’s Dignity Coalition (TDC), Suspend K-12 Alliance, and Tanggol Kasaysayan made objections about the decision early on. Partisan and progressive groups all came along to call for the return of Philippine History in high school. These calls were made alongside their overarching advocacy of condemning K-12 altogether. (READ: Aquino signs K-12 bill into law)

Tactless government representatives responded by saying that Philippine History is already integrated in other Araling Panlipunan (AP) subjects such as Asian History. There was no need to make it redundant since it is already taught in elementary. This was made painfully clear when, in 2017, current DepEd Secretary Leonor Briones expressed the following in a Philippine Daily Inquirer article entitled, “Not ‘Kuri-kulam’ but ‘Cure-iculum’”

“While Philippine history, as a subject, is no longer part of the junior high school curriculum, discussions of events in Philippine history, especially on martial law, are ‘naturally integrated’ in several subjects, among them Southeast Asian political landscape in the fourth quarter of Grade 7,” Briones said in the article.

From my educational perspective, integration does not work given that AP is only 3 hours or 3 contact sessions a week in junior high school. Compared to other subjects like English, Math, and Science that has 4 (or in some schools, 5) contact hours a week, AP is at a disadvantage. Logistically, it is nearly impossible to integrate Philippine History in Asian History or any other non-AP subjects given the constraints.

Effectively, there are 6 whole years (4 years in junior high school and two years in senior high school) where a student does not learn Philippine History as a dedicated subject at all. A Grade 6 student might learn it in elementary, but the next time he or she will learn it will be in college, under the Readings in Philippine History course. The huge 6-year gap can pose a problem. (READ: Basagan ng Trip with Leloy Claudio: 5 movies about Philippine history)

Those teenage years in high school are said to be most formative according to principles of developmental psychology, such as those espoused by Erik Erikson. This is an age bracket where they are most socially, developmentally, and politically malleable. With no room for a mature conduit for discussion, they tend to be susceptible to distortions in history and the worsening of historical amnesia.

That is why it is no surprise to me if more students tend to believe that Rizal is actually “Jack the Ripper” or more students’ wonder why Epi Quizon’s character (Apolinario Mabini) is always sitting in the film Heneral Luna. This is further worsened by the explosion of manipulative and distorted historical content found on social media. If teenagers started to genuinely believe this misleading content in high school due to a lack of pedagogical guidance, then they will most likely bring that misguided belief until their adulthood. (READ: The unsung heroes who fought for Philippine independence)

If things were bad before, things have gotten worse because of the effective removal of Philippine History in high school.

A call to personal action

Fast forward to 2018, and I was still quietly aching due to the removal of Philippine History in high school. I still yearn for the inquisitive discourse on national identity and the genuine love for country through high school Philippine History classes. I started to realize that I must do something.

And yet, I couldn’t bring myself to join already established organizations calling for the return of Philippine History in high school. While I respect these groups and their convictions, such groups are known for their political baggage or their hyperpartisan inclinations.

I am a professional teacher, not an activist. I have no other agenda other than the return of Philippine History in high school. I am not against K-12 per se; I only desire for reforms in the system.

Along with like-minded teachers, students, and professionals, we started an informal, non-partisan, and pro-Philippines group named Ibalik ang Philippine History sa High School Movement. Through our Facebook page, we disseminate information about the removal of Philippine History in high school through various infographics and memes while broadcasting our petition through shares and posts.

True enough, there were many Filipinos who were not even aware of the removal of Philippine History in high school. Upon knowing this, many patriots immediately signed the petition. (READ: FAST FACTS: What makes a Filipino historical figure a national hero?)

That is why it is a big boost for our movement when the Philippine Historical Association (PHA), the professional group of historians and academicians in the country, endorsed our petition last September. The report was even published last October 3 in the Manila Times. We are grateful for their support.

It is unfortunate that despite the heart-wrenching disservice made by the removal of Philippine History in secondary education, it did not get powerful media millage similar to the protests made against the removal of mandatory Filipino language courses in college. Perhaps it is indicative of the state of appreciation for history in this country.

It is already 2019. Since 2014, I have worked in two different private schools. Whenever I ask young Grade 7 students about national heroes or historical events, I mostly get blank stares as a response. From my level, I can see the slow death of Philippine History at the secondary level becoming ever more inevitable. With the lack of appreciation for our nation’s past at this age bracket, I worry for our nation’s future.

But seeing the number of signatories for our petition growing to over 37,000, with many of the signatories being my former students in Malayan High School of Science (my first employer), perhaps we can stop this impending death and resuscitate the appreciation for our heroes’ sacrifices for their country.  The very same boys and girls I taught before 2014 are now professionals. Many of them signed because, as one former student told me: “We need Philippine History in high school to inflame love for country in these dark times. We need history to stop it from repeating itself.”

These curious boys and girls have finally become patriotic men and women.

Perhaps Jose Rizal’s proverbial words, cliché as they may be, do ring true in this situation: Ang kabataan ang pag-asa ng bayan (The youth is our nation’s hope).  – Rappler.com

Jamaico D. Ignacio is the convener of Ibalik ang Philippine History sa High School Movement. He used to teach AP at the Malayan High School of Science and is currently working as an AP teacher at the Ateneo de Manila Junior High School.