Facebook Twitter Copy URL
Copied
It was a slow and painful healing process, but we would not have it any other way 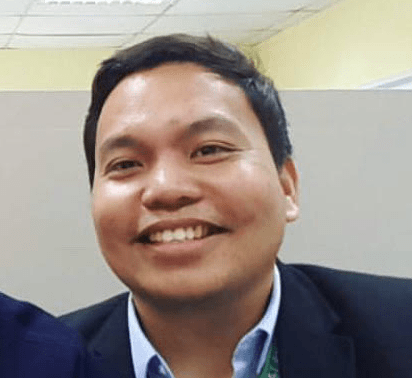 The bitter taste of pressed coffee lingers as I empty my cup. Its warmth stirs up nostalgia as I stand behind the ledge, gazing into the horizon. Beneath the rubble covered in offshoots were lives engulfed by the storm surge brought by Super Typhoon Yolanda (Haiyan) 6 years ago. Beyond the bay the sun breaks, its rays slowly revealing the new structures supposed to mask the wreckage. A new day begins in the city I’ve called my second home for the past decade – Tacloban.

Drinking bitter, sugarless coffee has literally been my daily grind. Provisions were scarce in the aftermath of the super typhoon. Somehow, I had learned to like its bitter aroma, not because it comes with maturity, but because of necessity. It reminds me of hardships that make me appreciate life better, and memories I can’t forget no matter how hard I try.

It was like a scene from a high-budget disaster film, the kind that employs stunning special effects. It took just a single instance of nature’s wrath to bring such incomprehensible devastation to the city. There were no actors – only people with raw emotions, grieving the loss of their families, going hysterical over those missing, walking aimlessly like zombies, and trying to hold on to what was left.

And who could blame those who chose to leave? We were hungry, thirsty, weak, and desperate. No sign of help was coming. People had to find solace somewhere else and establish a semblance of normalcy. If not, we were all going to die, or completely lose our minds. Though the media was there, there was still no word, photo, or video able to capture the emotions after the tragedy.

The domestic airport is 10 kilometers away from downtown and we had to brave knee-length debris, water, and bodies to get there. Hundreds lined up, hoping against hope to finally escape from the nightmare. Four days after Yolanda struck, I spent my birthday on the side section of the runway desperately looking for any kind of momentary escape. My extensively planned Hong Kong birthday trip which coincided with the super typhoon was obviously canceled, but I had no regrets. I was alive. What more could I ask for?

Luckily, a woman who had overbooked asked me how she could get a refund. I grabbed the chance and bought her ticket scheduled to depart in two days. I could never forget the airport staff who processed my flight: Emmanuel, the name tag showed. I grinned because it was as if God was telling me to hold on. That He would get me through this and that He would not abandon me. I was beginning to lose my voice and the accumulated stress – being soaked during the night and being beaten by the sun’s rays during the day – was beginning to take its toll on me.

The day of the flight came, and the city became a pseudo-militarized zone. The dawn slowly broke as I traversed my way back to the airport. The cold wind and the fog never made it easy, but the smell of rot kept me going. As the plane took off, the rumbling engines reminded me of the howling winds that pounded our quarters. I leaned towards the window; the extent of the damage was beyond imagination. I have seen the city from the air many times before, but all I could see were indistinguishable, flattened ruins. An eerie silence followed. You could hear your own heartbeat.

Everyone shed tears as the plane slowly plateaued, an assurance that we would not be routed back anymore. Gradually people applauded, a rare emotion during that ordeal. The mundane in-flight snacks we usually ignore seemed like a treat; you could hear every plastic wrapper being torn.

It had been exactly a week into this tragedy, and I cried for the first time. I could no longer contain the emotions that had welled up in me, and that my brain had been trying hard to deny. Though there was relief in knowing that I’d be able to seek refuge, the guilt of leaving those in a much more miserable plight nagged at me. In my mind, I was running away not to escape, but simply to survive.

There were days I wished that it was just a bad dream, that it would take just one night’s sleep to erase from memory the dirt, mud, and the sight and unbearable stench of rotting corpses. But every time I woke up, the images on the television would haunt me. Guilt washed over me as I lay in a comfy bed, ate 3 meals a day, and enjoyed life’s simple pleasures. I was angry not only at the situation, but also at myself.

Despite this harrowing ordeal, the storm brought out the best in us. Aid and prayers poured out. Christmas parties were sacrificed. Some donated a day’s wage; others gave whatever they could. Giving was a no-brainer and there were a lot of opportunities to get involved. I needed to go back and do my share.

I returned to Tacloban after Christmas. Though I was not surprised that nothing much had changed, I knew that the grief, shock, anger and other emotions had to stop at some point. We had to face and accept the reality. We had to pick ourselves up, start again, and keep moving. We had to rebuild. We needed to have hope.

It was a slow and painful healing process, but we would not have it any other way.

Soon, offices started operations and work resumed. Businesses were back to normal. Months after, commuters would still talk about their experiences. A father lamented how he failed to save his children. A woman still couldn’t find her brother; if it were not for him, their whole family would have perished. Some would cry, others would laugh, and the rest would just empathize. Everybody would listen so intently to each story that when people reached their destinations, everyone already knew each other.

That was psychosocial therapy for us, a way to release emotional and mental stress and to preserve whatever sanity was left. It tugs at my heart to think that everyone contributed to someone’s healing. The sense that we’re all in this together couldn’t be any more uplifting to a worn soul.

Today, one rarely talks about it. It appears as though we have returned to our normal lives, albeit not fully. The city has recovered; it is thriving, and is perhaps way better than before.

Yes, it is heartbreaking that Yolanda had to happen before we stopped underestimating the havoc a storm could wreak. That we had to witness people looting supermarkets and people walking past nameless, lifeless piled-up bodies for us to take preemptive evacuations seriously. But I guess some lessons are best learned the hard way.

The aim was to build better post-Yolanda. Yet sadly, some houses are rebuilt in the same danger zones. Yolanda may be a far-off memory for many, but I hope we will never forget the lessons it taught us.

Every evening on November 8, the streets are dotted with candles in memory of the more than 6,000 who died and those who are still missing – some of whom gave their lives so that others may continue to live. While we can’t bring them back to life, we can honor them by taking part in building a better Tacloban, by learning from our mistakes, and by making a difference with the second shot at life we were given.

It may take a lifetime to fully recover from the pain and the scars, and we may never fully understand why it happened. But these candles signify that we are more than ready to soldier on with our daily battles, break free from darkness, resist the cold and the wind, and weather whatever storm will come our way. The wick that bears light is a Taclobanon whose spirit may flicker and sway, but will never die down. And in each of us is a story of survival, waiting to be told.

Perhaps the bitter coffee mimics life after Yolanda’s onslaught. It was difficult at first, but with every sip of the bitter brew, the harsh taste eventually faded. We get used to it and we discover that life is not as bad as it seems to be, that it goes on no matter what. We are wide awake and we realize that life may be fleeting, but it just gets better with time.

And sometimes when we no longer know what to do, we just need to choose to stay alive. Before we know it, life will put itself back together. – Rappler.com

Marvin Delco A. Tamondong, a registered nurse by profession, now runs his own café after almost a decade of working in a clinical and corporate setting. He is on a mission to love life even more.