[OPINION] This debt I carry: What it’s like to be adopted 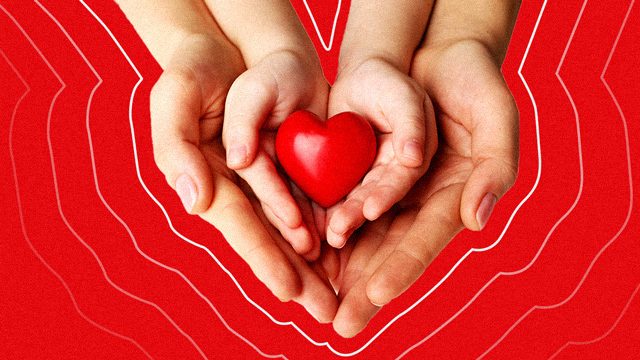 Facebook Twitter Copy URL
Copied
'I think of that small window of opportunity where I was given up for adoption and they were there ready to take me in. What if they weren’t?' This is how I remember Filipino teleseryes depict being adopted onscreen. Sure, there are some positive stories out there, but for the most part, adoption or being adopted has been given this negative notion in mainstream Filipino media. There may be some truth to it, but it can get borderline ridiculous how not being a biological child can be seen in this light.

I, for one, can say that this cannot be further from the truth – at least in my case.

For as long as I can recall, I’ve always known that I was adopted by my parents. I may not remember what exact age they told me but I do know that this truth has been ingrained in my memory even as a child, because my parents did not want me to see it as a negative thing. In fact, they want to see it as a blessing – and this is how I still see it to this day.

My parents already had 3 biological kids when they adopted me. Both of them still wanted more children after my older siblings, but my mom couldn’t bear any more kids due to her prior caesarian operation. When she tells me of this story, she always says how much they’d all prayed for a child to come into their lives. Fortunately enough, there was a newborn baby that could not be properly taken care of by her biological mother and was given up for adoption straight from the hospital. That newborn infant was me.

My adoptive parents’ names appear on my birth certificatn along with my birthday, September 8, 1988, they date they’d chosen for me. My mom was a devout Catholic so it’s no surprise why she chose that date, as well as the name she chose for me, which is Mary. I honestly do not know the real story behind why I was given up for adoption nor what happened to my birth mother, but I guess I never felt the need to really know in the first place.

I’ve lived such a privileged life – a life that not all adopted children end up experiencing. To say that this is a blessing to me would be an understatement. Since I was a child, my parents and my 3 older siblings have spoiled me rotten and have given me so much love and care that not once did I view being adopted as a bad thing. I may not look exactly like they do, but they looked at me completely as their own — the same goes for my two younger twin siblings, whom my parents had also adopted from the hospital.

I simply never wanted for more nor have I ever felt that there was something missing in my life. I’m guessing this is the very reason why I never felt compelled to search for my birth mother or know more about her (except maybe for how she looks).

While being adopted was no big deal at home, it can be quite funny how other people react when I tell them I’m adopted. I remember telling my friends even from kindergarten and grade school, and they would always give me this slightly shocked look that they try to rein in. And then I just laugh it out, and they proceed to ask me all sorts of questions, which almost always include my possible heritage given that I have very fair skin, jet-black hair, and smaller eyes. From there, my whole adoption story just becomes a fun guessing game as to whether I’m part Chinese, Korean, Vietnamese, and so on. But my adoption story means so much more than that. For me, it means owing everything to my parents and my family – a debt that I’m happy to carry with me as long as I live.

When I think of my parents, there’s this tremendous outpouring of love and gratitude that I feel for them. They gave me life and it’s a life that I never would have had a chance at having had they not chosen to adopt me. I think of that small window of opportunity where I was given up for adoption and they were there ready to take me in. What if they weren’t? What if there was no one who could adopt me? These questions and more I always ask myself as a reminder of how truly blessed I am to have this life I’m living to this day.

Much like how they don’t want me to see being adopted as a bad thing, I also do not see my “debt” to them in a negative aspect as well. I owe them everything and this is the kind of debt I am proud of having, the kind that drives me to be a better person, the kind that helps me to be kinder to myself when I fall short or make mistakes,and the kind that pushes me to pay it forward.

My dad had recently passed away and it was such a big blow to our family, having lost the best dad in the world. Seeing him die has forever left this indelible mark on me, and inasmuch as it can be very painful, I’m also happy for having it because he really was  the best father I could ever ask for.

So now, more than ever, I’m appreciating everything this life has been giving me – the good and the bad, all that makes me happy and causes me pain, and everything in between. There were many ways my life could have played out, but being adopted by my parents made me realize how my life is a gift and I should live and lead it as such. – Rappler.com

Mary Dizon is a freelance digital content writer formerly based in Manila, and now lives the island life in Siargao. She spends her days putting thoughts into words, riding the waves, and caring for her two fur babies.