[OPINION] It’s fabulous to be single and childless

Dec 2, 2019 8:53 AM PHT
Rob Julian M. Maghinang
Facebook Twitter Copy URL
Copied
Pressure forces many couples to sire children even if they are not financially nor emotionally ready 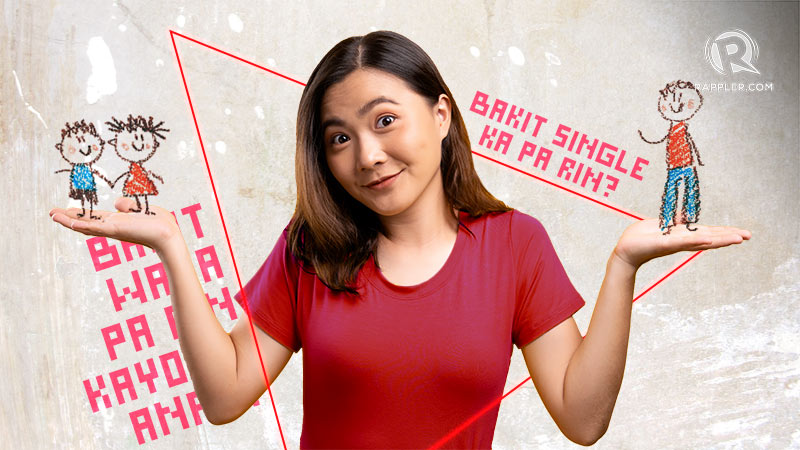 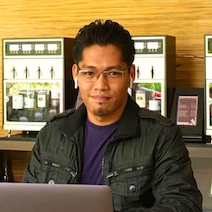 It’s that time of the year again when we gather with our cherished ones to celebrate love and life. Too busy chasing our goals, this is sometimes our only genuine opportunity to get connected again. Courses of food are served, and alcohol flows. Everything goes well until a prying relative asks, “Bakit wala pa rin kayong anak?” (Why don’t you still have kids?) or “Bakit single ka pa rin?” (Why are you still single?). And the holiday turns out not to be so merry after all.

Our society’s need for relationships and children

These well-intentioned, albeit tactless, questions are ubiquitous in every holiday gathering. According to many, you must start dating in your early 20s; you must have exchanged vows before your 30s, and you must be already nursing rambunctious children before your 40s. (READ: Titas of Manila: Single and in your 40s)

Previously, women married early to both follow the Word of God and also to survive. Women were not fully educated and were unable to get jobs, because their husbands were expected to support them anyway. Without a man, a woman would have found it hard to find food and shelter and, without children, a woman would have no one to care for her in her final years.

Men were not safe from this toxic expectation, either. Machismo dictated that men should have a girlfriend early, yet at the same time be promiscuous. To be loyal to one was weakness, and to be syota-free (girlfriend-free) was a sign of homosexuality. To be childless was seen as a lack of sexual prowess.

The problem with these expectations

Pressure forces many couples to sire children even if they are not financially nor emotionally ready. This coercion leads to hardships and ill-equipped children. Instead of advancing their education or career, many young people give in and start laying the foundations for their own family. (READ: Dealing with a pregnancy scare)

While there is nothing inherently wrong with having children or getting a partner, we have to understand that this may deprive people of time and resources. A man, instead of saving money for a house, allots his resources on dating many women. Rather than paying for a language class, a woman spends her money on diapers. A gay man starts to lavish on a dashing man with gifts and vacations instead of investing for retirement.

There is less need for a partner or children today

Women are now more educated, and inclusivity is on the rise. They are now given chance to finish their education and land jobs in the boardroom. Women can feed themselves and be independent. (READ: [OPINION] The choice to be childless: Being the woman I used to fear and despise)

Poverty is on the decline around the world. This newfound wealth means that people have more money to invest in their retirement and for life’s setbacks. Careful money management should also be enough to get rid of the toxic Filipino idea that children are retirement plans.

Only boring people get lonely because they are single. If one cannot be happy all by himself, how can it be guaranteed that a relationship or children will bring joy? Previous studies show that our 30s, on average, are the saddest days of our lives, and researchers attribute it to the responsibility of raising children. (READ: Why I don’t want to have kids)

It is now easier to find something to keep boredom at bay. The key here is never to let your mind be idle, because our brains default to negative thinking when allowed to wander. So, remember: a truly happy person is jovial alone or with company.

In support of being choosy

A partner shares the highs and lows of life. Should we decide to be with someone, it’s imperative to realize that they’ll play a significant role and can also make or break us. So why do people frown against being fussy or picky? Why do people see it merely as being maarte rather than being prudent?

If someone can break us, shouldn’t we be more careful with suitors? If we are to spend the rest of our lives with another, don’t you think it’s important to know the person first? Is “singlehood” really a curse that needs to be broken by any means necessary, such as saying “yes” only after a week of courtship? (READ: Annulled and void: After the love is gone)

I once spoke to a crying gay man who was left by his partner of 3 months. Their ligawan (courtship) lasted for only 7 days. I wanted to pull his patilya (sideburns) back then.

So rather than dissing “choosy” people, we have to admire their tenacity, wanting to be with someone who best compliments their lives. They understand that life is more than just settling for someone, but is also about focusing first on their growth.

Final thoughts on being single or being childless

“Anything that comes in haste goes in haste,” I told that gay man before. He is an example of a young man who succumbed to pressure, and it led him to heartbreak.

Having a partner or children is delightful, but it should not be your sole purpose. Every person should be given a choice as to how they will live their lives. We need to get rid of this outdated expectation that people should be partnered or have children because they have life-altering repercussions.

However, being single or childless shouldn’t lead to a rigid life; besides, there is still pleasure in being in a relationship or raising children. But until that day happens, one should focus on personal growth. Equally important is the need to accept who we are, blemishes and all. We should be overflowing with happiness first, so much so that we are ready to share this happiness with another. Let us also prepare ourselves for the demands of a partnered/family life. Before we start looking for “the right one,” we have to be “the right one” first.

Should the day come when we finally become parents, I hope that it is filled with joy and love rather than relief from pressure. If you decide to say “yes,” I will leave you with the words of my aunt, a ranking officer at the Asian Development Bank, who is single and childless: “That giddy feeling is good, but keep your eyes open.” – Rappler.com

Rob Julian M. Maghinang is a proud Iskolar ng Bayan from the Polytechnic University of the Philippines Manila. His opinions are his alone and does not represent any of the organizations he is affiliated with.