[OPINION] The stain in my blood: Thoughts of a person living with HIV 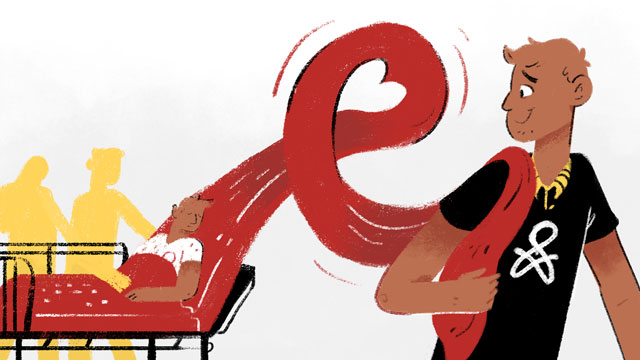 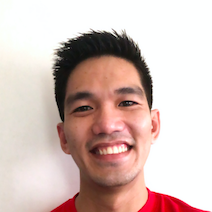 Those were the questions I had in my mind when I was first diagnosed with the human immunodeficiency virus (HIV) in July 2018. It has been over a year since I learned that I was HIV-positive, and life is better now.

I didn’t know I had the virus until I got admitted to the hospital for pneumonia. I couldn’t breathe normally. Breathing was a chore, and I also had allergic reactions to my meds.

My long-term partner brought me to one of the nicest hospitals in the city and stayed with me the whole time I was there. My sister was also there. She provided me with all the things that I needed. My entire family was worried sick, and it made me sicker to know that they were worried about me. I kept giving them problems, but they were so supportive of my welfare. I felt an immense love for my family more than ever before. It was a revelation – family is family. Blood is thicker than water.

Had I known I had HIV earlier, I wouldn’t have been in that situation. I wouldn’t have suffered. I wouldn’t have felt like I was in a life-and-death situation on a hospital bed, holding my ex-partner’s hand, crying, ready to say goodbye. It was my first time being admitted to the hospital, and goodness, I would never go back there. (READ: Catriona Gray’s open letter on International Women’s Day: Get tested for HIV/AIDS)

Nevertheless, I learned that living with HIV still means living a normal life. I don’t find it different. What virus I have does not define who I am. In the words of Pia Wurtzbach, “It’s not who you are, it’s what you do.” We don’t discriminate against people who have diabetes or high blood pressure, so why would we discriminate against people who have HIV? (READ: [OPINION] I’m complicit in the rise of the HIV epidemic – and so are you)

Having HIV does not even correlate with being promiscuous. I only had give-or-take 8 sexual partners, and I still caught the virus. Some people I know have had more than 100 sexual partners and have not been infected. It’s also ignorant to associate HIV with just the LGBTQ+ community, because unlike people, HIV does not discriminate. It infects any human being regardless of race, color, sexual preference, political affiliations, and religious beliefs.

It’s important to know your status so you’d be able to get medications as soon as possible. Choose a center where you feel safe, where you feel you won’t be judged. I was told by a lot of people that government testing sites discriminate. So, just Google “HIV testing center,” and canvass the clinics near your location. Why delay? It’s for you anyway. (READ: Cebu has most reported HIV cases in Central Visayas)

I am happy now. Physically, I am okay. I have been taking ARV or antiretrovirals. It’s a medication for HIV, so the virus would stay dormant forever for as long as I take it. The goal is for me to maintain undetectable levels of the virus so I won’t transmit it to someone else, and so that HIV won’t develop into acquired immune deficiency syndrome or AIDS. I have to take it for a lifetime, too. It’s provided to me for free thanks to the government and a lot of global funders.

Only my family and my ex knew about my status because I thought I didn’t owe anyone an explanation. My life, my rules. I also wanted to protect my loved ones from any discriminatory slurs from the community. Most people in this country are not prepared to know the facts. We are way behind other countries. Still, I trust that one day everyone will be more open, more compassionate, more loving, more logical, less prone to bull, and less dependent on beliefs that would never help anyone. (READ: New law allows minors to get HIV test without parents’ consent)

That’s why I’ve decided to come out, to step forward, and to submit an essay for Rappler. I trust the goodness in people. I’m also probably just done hiding.

What I have is nothing compared to how other people are suffering. I only have HIV. It’s just a stain in my blood, a testament of my being human. It does not stain anything else about me. It’s not even deadly if I don’t stop taking ARV. What’s more deadly is the people who discriminate and create stigma.

This is the reason why I am now doing my best to help spread HIV awareness and education in the community, with the help of my fellow dedicated volunteers from LoveYourself Cebu. We all give our best to contribute to society and to let everyone know that early detection is the key to good health. More than that, our community is a safe space. I love what I do now because of the people I am with, and I am happy where I am at. I want everyone to experience this, too. (READ: Person living with HIV grateful for priest’s hug and acceptance)

More importantly, love yourself by knowing your status and getting tested. It’s always better to know now than to find out at a later time. – Rappler.com

Elbert Maceda recently left his corporate job to be a freelancer. He’s a full-time volunteer now, hoping to change the community little by little.