Dec 3, 2019 4:33 PM PHT
Rappler.com
Facebook Twitter Copy URL
Copied
Workers who have to be on duty share funny tweets and memes about their situation while others give words of encouragement and some safety reminders 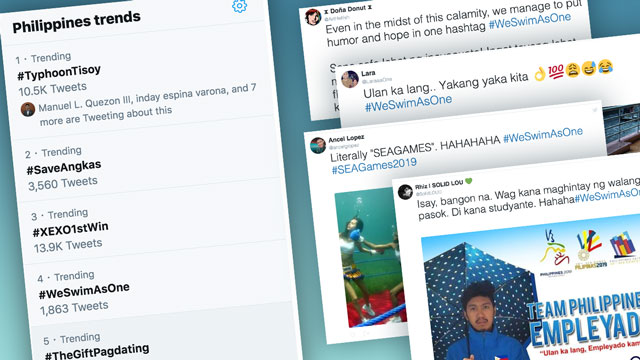 MANILA, Philippines – On Day 3 of the 30th Southeast Asian Games, Filipino netizens were not only cheering for the Philippine team but were also rallying behind their countrymen who had to endure heavy rains brought by Typhoon Tisoy just to report for work.

As of 3 pm on Tuesday, December 3, #WeSwimAsOne – a word play on the “We win as one” slogan of the SEA Games 2019 – became one of the trending topics on Twitter Philippines. 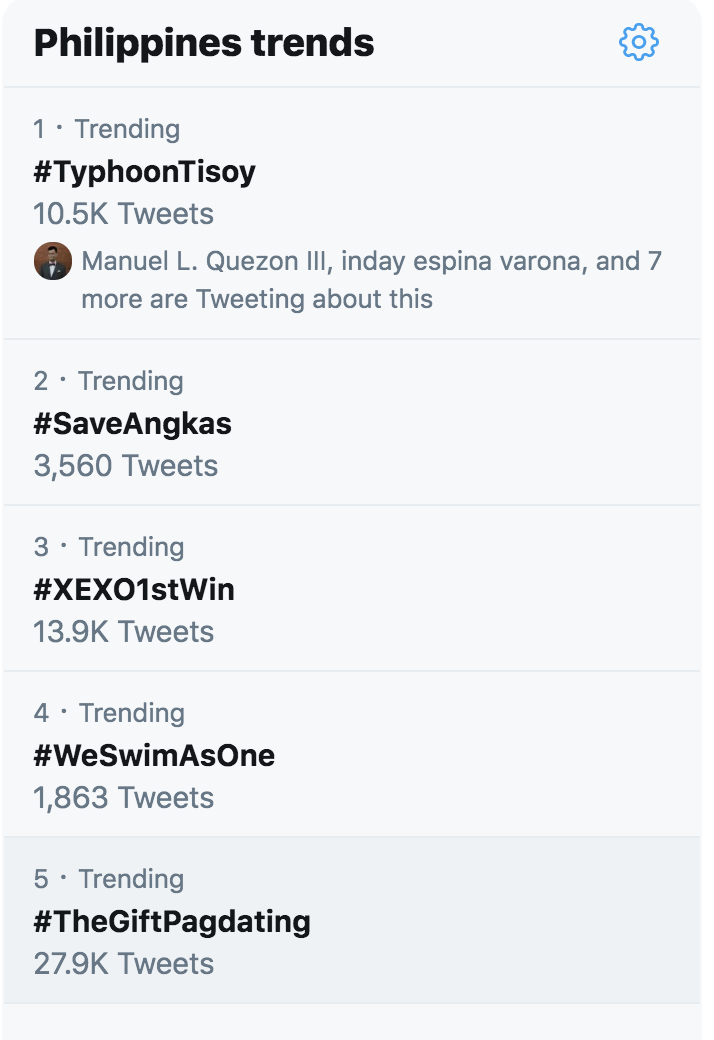 In a briefing past 2 pm on Tuesday, the Philippine Atmospheric, Geophysical, and Astronomical Services Administration (PAGASA) said Tisoy was in the vicinity of Baco, Oriental Mindoro. (READ: Typhoon Tisoy makes 4th landfall in Oriental Mindoro)

Classes were suspended in all levels in affected areas, including Metro Manila, as well as work in government offices.

Workers who had to be on duty shared funny tweets and memes about their situation while others gave words of encouragement and some safety reminders. Here are some of them:

How are you coping with the effects of Typhoon Tisoy? Leave a comment below. – Rappler.com