[OPINION] How millennials are helping informal settlers and the homeless

Dec 15, 2019 5:00 PM PHT
Philip Robert Flores
Facebook Twitter Copy URL
Copied
It is precisely because we millennials are socially aware and innovative that we are needed in the public sector 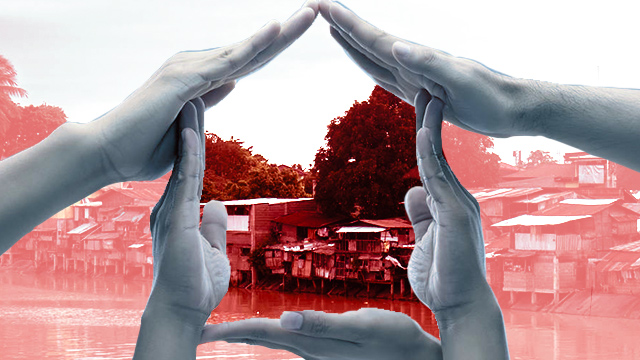 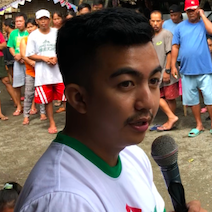 We millennials have been unfairly dismissed as lazy and entitled merely for being social media-using, Netflix-watching, Spotify-listening kids, as if these are all we do in our young lives. The fact is, many in my generation are socially aware – part of an informed and involved population. We like directing our time and efforts towards that which gives us a sense of purpose and fulfillment.

We have also been called stubborn and hardheaded for deviating from the norm, challenging the authority, and questioning conventions. But isn’t that the only way to introduce new approaches to doing things and spark much-needed change? (READ: Occupy Bulacan: How the urban homeless won shelter)

It is precisely because of our being socially aware and innovative that we are needed in the public sector. The government needs more young and passionate individuals who will share their talents. I have seen and experienced this need in the housing sector.

I started my social housing career in the private sector. My first assignment was in Xavier Ecoville, a university-led resettlement project that provided houses for more than 500 households displaced by Tropical Storm Sendong (Washi). With zero experience, but armed with much drive to effect tangible change, I worked there for several years with young like-minded individuals who shared the same passion and eagerness. (READ: Estero de San Miguel: Where every settler is a Soriano)

We would stay up late and argue over coffee about several possible courses of action before settling on the best option. The system was efficient: we had agreed plans and timelines, and we stuck to them. There was also less chatter, more output. That is how I like things to work. That is what I was used to. The state-run Social Housing Finance Corporation (SHFC) even came to visit Xavier Ecoville during my stint there. My team was proud that the agency recognized our workplace then as a model of efficiency.

The call to public service

As the Xavier Ecoville project came to a close, I was bent on continuing my advocacy to provide homes for Filipino families through a no-nonsense process, and to apply what I had learned in the private sector. Incidentally, SHFC was also expanding its coverage and needed more help to implement the Community Mortgage Program. When I was introduced to SHFC’s flagship initiative, I realized that it was – and still is – the best existing housing program the government is offering for informal settler families. (READ: [OPINION] Whose city is it anyway: On Isko Moreno’s clean-up of Manila)

Firstly, it is participatory because it is demand-driven rather than supply-driven, and relies on community dialogue and a people’s planning process. Secondly, it promotes a collaborative approach that is complimentary because it maximizes effort among government agencies, non-governmental organizations, the private sector, and community associations.

So I heeded the call of public service and joined SHFC. At first, I had my agenda and my timeline ready for implementation. But the longer I got immersed, it became clearer to me that bureaucracy did exist, and it was not going to change anytime soon. It was definitely a different ball game, but it did not discourage me. It did not dampen my sense of mission that I could contribute to the enhancement of the program, and that I was needed there.

The challenge was how to creatively navigate through the system without compromising the program requirements, and how to stir up and change the status quo for the good. We millennials, then, will grow in the public sector because we are less satisfied with the current situation, and we are not afraid to speak out. Also, we like challenges and never run out of avant-garde concepts. (WATCH: The street vendors who were told to ‘hide’ during the ASEAN Summit)

Come to think of it, if more millennials joined the government housing sector, we would have more ideas on solving the housing backlog, enhancing socialized housing programs, and exploring more housing subsidies for the poor. (READ: Lending a hand to the charcoal children of Tondo)

We millennials are nation-builders who want inclusive and participatory ways of doing things, and as a millennial who transitioned from the private to the public sector, I can confidently say that we can do it and we are needed here. – Rappler.com

Philip Robert Flores or Bob is the Estate Management Division manager of the Social Housing Finance Corporation. At a young age, he already has vast experience in housing projects, may they be for typhoon survivors or informal settlers.