How huddles moved conversation into action in 2019 Facebook Twitter Copy URL
Copied
Throughout 2019, different people – from students to professionals – have gone beyond conversations by taking part in crafting solutions to issues that matter to them through huddles organized by MovePH, Rappler's civic engagement arm

MANILA, Philippines – To bridge the gap on various issues, conversations are good starters. But what can communities do to scale up the level of discourse?

Beyond conversations, it also aims to encourage students, professionals, and people from different sectors and advocacies to discuss and craft solutions to issues that matter to the community.

It hopes to empower ordinary citizens to build partnerships with various groups as they take the lead in bridging communities, identifying problems, brainstorming ideas, and eventually bring huddles to inspire others to step up and find ways to create solutions and possible movements.

Throughout the year, MovePH’s huddles touched on timely and relevant issues in an effort to amplify the voices of Filipinos. 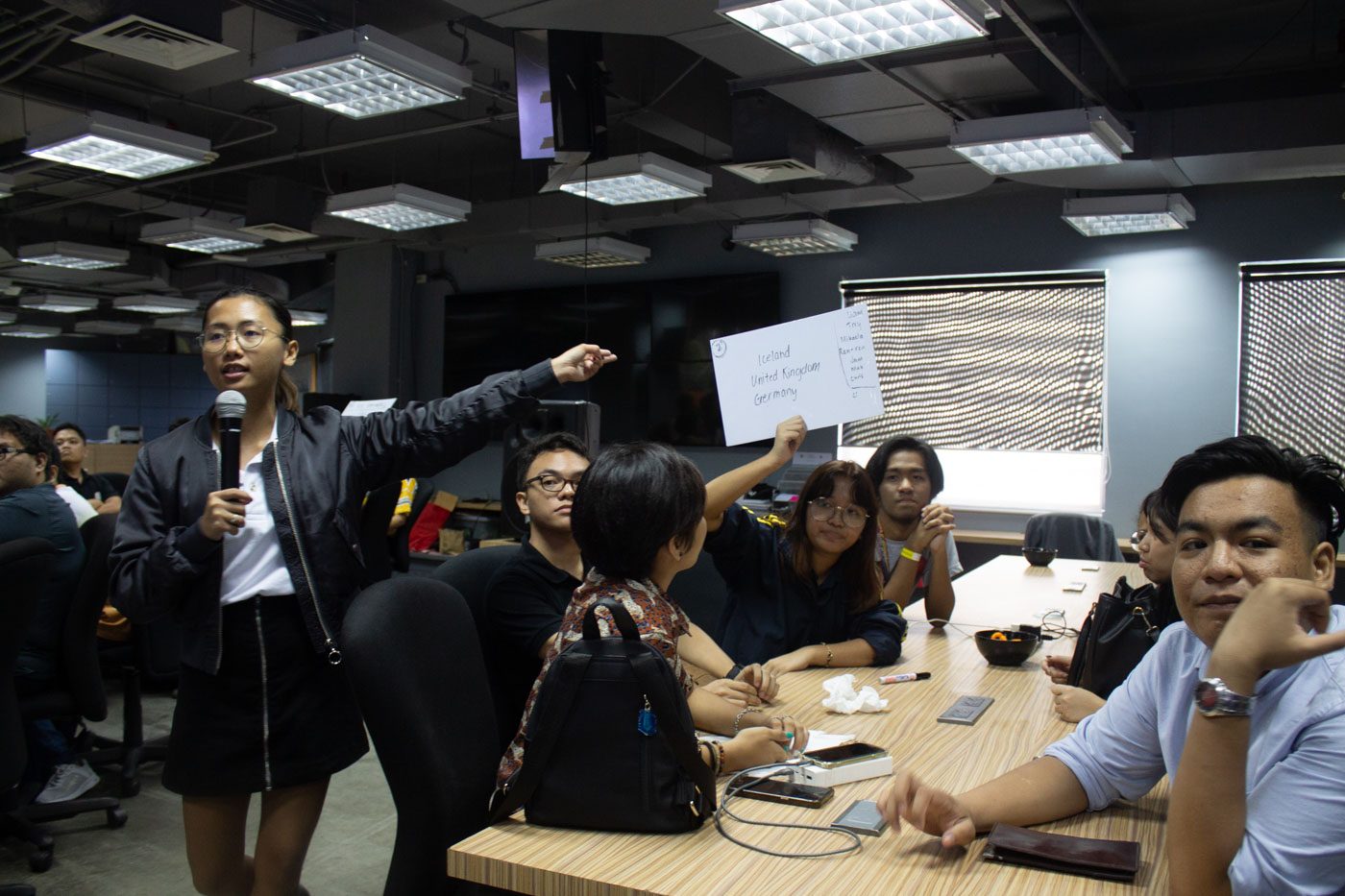 In July, MovePH kicked off its first huddle with a real-life Rappler Quiz with student leaders and campus journalists to show how discussions on current events and sustainable development goals can be done in a fun and exciting way.

To continue the discussion on pressing national topics ahead of President Rodrigo Duterte’s State of the Nation Address, another huddle was organized in partnership with Dakila, an organization building a movement of modern heroism, in the same month.

The huddle aimed to discuss the current state of the nation from the lens of different sectors. Participants not only expressed their experience and insights on national issues but they also shared their vision for the Philippines in the next 3 years of Duterte’s term. (READ: Youth, advocates share ideal Philippines ahead of SONA 2019) Participants tackled the important role that citizens play in creating change in society emphasizing unity through “active citizenship,” such as joining advocacy groups for collective action, lobbying for “progressive laws,” and informing other people “through simple conversations.”

This has also led student leaders, professionals, advocates and other interested individuals to connect with each other and find ways to work together as a group to achieve a common goal.

At a time when the public transportation crisis in Metro Manila was especially felt due to a proposed provincial bus ban along EDSA, frustrated commuters were hungry for effective solutions to traffic.

This paved the way for commuters to take the spotlight as individuals, transport advocates, and experts joined MovePH huddle reimagining EDSA in partnership with transport advocacy group AltMobility and Right of Way. (READ: #2030Now: How a group of friends started lobbying for law on dignified commuting)

Through the activity, commuters identified and grouped the issues they faced in relation to public transportation. Most of the issues were anchored on awareness, behavior change, government policies, and commuters’ participation. 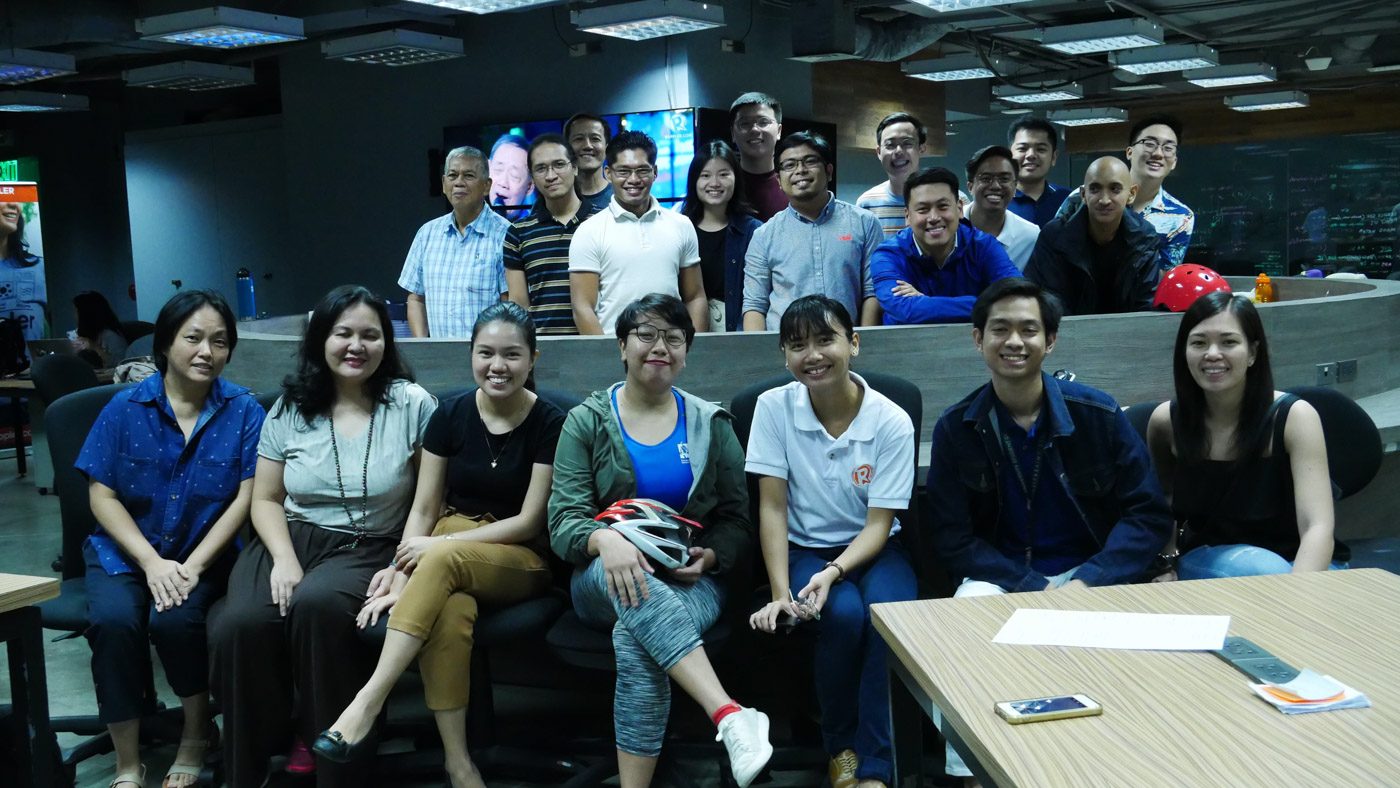 Each group then proposed solutions on how they might address these issues. (READ: ‘Let’s do actual things!’: Commuters huddle on solutions to address traffic)

This was followed by another huddle at the 2019 Manila Social Good Summit on September 21 where participants emphasized the need for data to inform policymaking for commuters. To these design thinkers, entrepreneurs, and economists, a livable city is a walkable city, and so they proposed a campaign that puts importance on the needs of pedestrians.

As commuters clamor for better public transportation, participants showed in the huddle how addressing the problem of traffic congestion required the collective action of people from different sectors.

Inspired by previous huddles, the University of the Philippines Diliman College of Education Student Council (CESC) led a huddle to tackle an advocacy close to its goal as an organization.

In partnership with MovePH, CESC’s huddle on the accesibility of education was the first primarily initiated by another organization. It aimed to highlight the value of education and educators in the Philippines.

Hoping to make education more accessible, students, teachers and education advocates shared their ideas about potential learning opportunities for marginalized sectors such as the urban poor, out-of-school youth and children, and indigenous people. With the insights mentioned in the panel discussion, participants didn’t just learn about the accessibility of education in the country but also brainstormed ideas that can be applied in various communities. (READ: Beyond the classroom: Advocates discuss how to make PH education more accessible)

To widen the scope of the discussion, huddles were also done in local communities outside Metro Manila.

To get a feel of the heartbeat of the community, representatives from advocacy groups, student organizations, and social enterprises in Bacolod City were invited to join the huddle to discuss the issues in the community that they believed deserve more attention. Among the issues raised during the brainstorming session were labor rights, the lack of implementation of environmental policies, red-tagging of activists, farmers’ struggles involving land, and rural development of Bacolod City.

To help participants see what they can do to solve the issues in their communities, Micah Asistores of HiFi Future Shapers gave a talk and workshop on the theory of change – a project planning framework to help address community issues.

A group focused on the issue of human rights in Bacolod City pitched an educational campaign that aims to create awareness on the human rights abuses in Negros Island.

Another group also proposed an education campaign to help spread awareness and push for a stronger implementation of Bacolod’s environmental policies. They hoped to involve barangays and the Sangguniang Kabataan to help advocate for the environment.

To highlight the importance of the arts, another group called for stronger measures against piracy and intellectual property rights issues through an educational campaign. Another group proposed to focus on policy lobbying and awareness campaigns to responding to troubling working conditions in Negros Island.

Getting started with actual movements

Another huddle was also done in Tacloban City. Known as Yolanda’s ground zero, it was the most devastated city when the super typhoon struck in November 2013.

During the huddle, Waraynons highlighted issues of road safety, climate emergency and disasters, and social welfare including the housing projects for the Yolanda victims. Three groups of participants came up with proposals during the huddle to help address these issues.

Aiming to protect and train disciplined road users in Tacloban City, one group proposed to push for a road safety ordinance. They also mentioned doing information drives, campaign in schools and other institutions, establishing partnerships with local agencies and groups, and setting guidelines for road violations.

Advocating for environmental sustainability and disaster preparedness, another group pitched an education campaign on disaster preparedness especially as locals are vulnerable to hoaxes involving disasters due to what they experienced from Yolanda. (READ:  Taclobanons urge community to combat disaster-related hoaxes)

To address issues revolving around the housing problems faced by Yolanda survivors, a group proposed to create an organization dubbed #PukawTacloban (to awaken) that would initiate huddle sessions in different barangays and consultations with survivors.

In December, the group moved forward by conducting actual community consultations on housing rehabilitations in at least two villages in Tacloban City.

Although the results of these activities are still in the works, participating groups have showed that everyone can play a role in helping out the community and contributing to nation-building.

After all, the secret to getting things done is to get things started, one huddle at a time. – Rappler.com