IN PHOTOS: In Biliran, thousands to welcome the New Year homeless 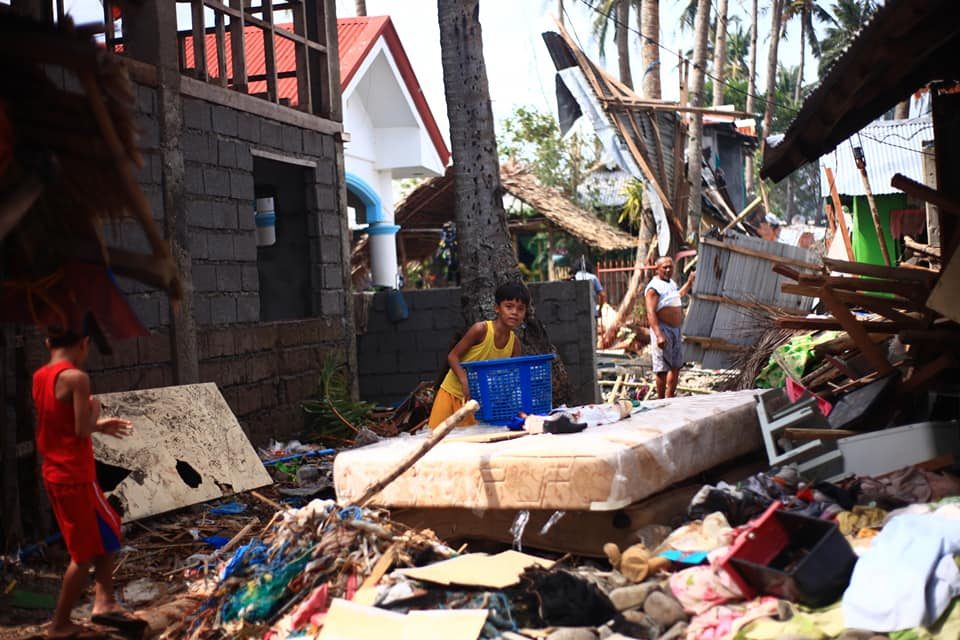 MANILA, Philippines – In Biliran, almost 2,000 houses were totally destroyed and at least 11,000 partially damaged after Typhoon Ursula (Phanfone) battered the region with strong winds and heavy floods on Tuesday, December 24.

Following the devastating impact of the typhoon especially at the coastal communities, the provincial government placed Biliran under a state of calamity on Friday, December 27.

More than 15,000 families or over 66,000 individuals were affected by the onslaught of Typhoon Ursula in the province. The provincial disaster risk reduction management office also estimated the initial cost of damage in Biliran to reach almost P800 million.

In a report dated Friday, December 27, the provincial disaster risk and management council said that there was a need to provide immediate shelter assistance to the affected families to help repair their damaged houses.

Mover Jeremiah Orobia Vertulfo went around the province to capture the impact of Typhoon Ursula in his hometown on Wednesday, December 25. (READ: #ReliefPH: Help those affected by Typhoon Ursula)

(After 6 hours of the continuous onslaught of Typhoon Ursula, this is what we saw. A lot of people celebrated Christmas and will welcome the new year without a roof over their heads)