Facebook Twitter Copy URL
Copied
Millions of households continue to be without electricity, and many other areas with a limited service of only 4 to 6 hours per day 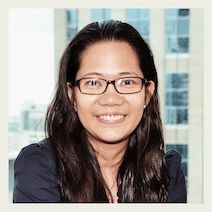 Mass unemployment. Landlessness. Escalating prices of goods and commodities. Severe lack of access to basic social services such as health, housing, education, and insurance coverage. These are some of the urgent problems that plague the Filipino people, and these same problems have remained largely unsolved for decades despite the succession of governments.

Included among these problems and one of the least discussed by responsible agencies of government is energy poverty. Poverty caused by lack of access to electricity is a nationwide problem.

According to a report that came out in 2017, some 2.36 million households in the Philippines are still without electricity as of July 2016. These numbers were cited in the study titled “Accelerating the Deployment of Renewable Energy Mini-Grids for Off-Grid Electrification – A Study on the Philippines.” It was stated that in late 2017, the level of household electrification in the country stood  at 89.6%; this translated to 2.36 million households without electricity, and many other areas with a limited service of only 4 to 6 hours per day.

It can be said that this same number of households are denied countless economic opportunities and income-generating platforms because of this lack of access. Through the years, various efforts to call attention to the issue of energy poverty and to address its negative impact on the economic well-being of poor and marginalized communities all over the country have been held back, not so much by the lack of grounded, updated, and solid base of knowledge about effective policies that should inform large-scale government and private-sector interventions, but because the focus has been more on profit-generation instead of social service.

A very important first step towards solving the problem of energy is to muster the commitment to help those who are most greatly affected by it – members of the marginalized sectors, namely the workers based in urbanized centers; farmers, farmworkers, settlers, and fisherfolk in the provinces; the urban and rural poor and those living in GIDA areas which include the indigenous peoples. This is what should guide answers to all other questions such as where to start, and how to go about implementing reforms and changes. Informed policies are those that are backed by the firm knowledge of which interventions are applicable for the majority of these potential consumers, and how these interventions can be put in place in the most effective way.

Again, it goes without saying that access to abundant and affordable modern energy is good for society, but lawmakers, the private sector, and the public remain at odds on the way forward to realize this goal.  Should an energy-poor society invest in more coal power plants, or should it convert to solar power and other renewable energy sources? (READ: Making cleaner energy from pesky water hyacinths)

The interest of policymakers in creating policies should be to improve lives and living conditions,  especially for those suffering the most from energy poverty. Whether only well-off households purchase solar home systems is beside the point; but if solar home systems can help other, poorer households out of poverty by bringing down electricity rates, then the focus of lawmakers and policy makers should be policies and programs to promote these systems as valuable tools in economic development.

At this critical juncture when the world is severely affected by the effects of climate change, national and even local policies should be guided by measures, methods, and solutions that will not exacerbate these effects. Policymakers and energy executives must decide to make use of the country’s most abundant, clean, and renewable energy resources, and invest government funds to develop and promote these same resources.  For instance, policy makers and executives of government from the national offices down to the barangay level should now buckle down and for the first time seriously eschew coal-fired power plants and encourage the development and use of renewable energy sources.

Renewable energy (RE) is a constantly growing industry in the Philippines, driven to a large extent by the growing adoption and utilization of RE all over the world. And rightly so, because this is one concrete step the country should take to reduce carbon emissions and to fight climate change. (READ: WATCH: Geothermal energy and the Philippines: A match made in heaven)

Renewable energy resources (geothermal, hydropower, biomass, solar and wind) comprised 25% of the country’s power generation mix in 2017. Renewable energy-based facilities generated 23.19 million megawatt-hours (MWh) in 2017, up by 5.5% from 2016’s 21.98 million Mwh. This shows that there remains enormous potential for RE development in the Philippines.

Tapping and popularizing the use of renewable energy will help the country meet its goal to end energy poverty. Also, in the last decade, renewable energy technologies have become significantly cheaper compared to diesel- or kerosene-based systems, and cheaper than extending the grid in areas with low populations and per capita energy demand.

Local, clean solutions, like microgrids that run on solar power, can empower poor, small communities to address their own energy needs. The systems are relatively cheap to maintain, and Filipinos who live off their own renewable electricity can stop being vulnerable to volatile fossil fuel prices or the unsustainable demands of the electricity monopolies and unscrupulous electricity providers. (READ: Renewable energy is healthy energy)

We can end energy poverty by increasing access to clean, renewable, and affordable sources of energy to generate electricity. This will benefit the people, the environment, and the economy in the long run, and with no worries about the potential damage that can be wrought on the country and the planet. There is no denying that increased electricity supplies can contribute to economic growth of communities and the entire country as a whole by bringing down production costs, encouraging innovation, and spurring agricultural and industrial productivity. – Rappler.com