Volunteers share food and water with tired devotees during Traslacion 2020 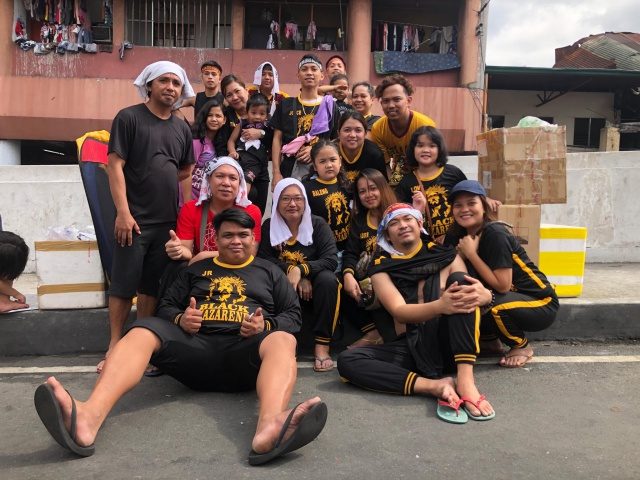 MANILA, Philippines – In a sea of about 2.3 million devotees, you can find Espi Abanne, 47, and her group of friends handing out water and food packs near the Quezon Bridge during the procession of the image of the Black Nazarene on Thursday, January 9.

This act of kindness is their way of sharing their blessings as devotees express their faith during the annual Feast of the Black Nazarene, which culminates with the Traslacion.

The Feast of the Black Nazaene is the biggest showcase of faith in Asia’s most predominantly Catholic country as thousands of devotees gather to participate in the said procession to show their devotion and thanksgiving.

Dubbed the Paredes chapter, Abanne and her group of friends have been handing out these food packs and bottled water for the past 5 years during the Traslacion to help tired devotees.

In the past, Abanne and her group of friends would go to Mass while their husbands tried to get as close as possible to the Black Nazarene during Traslacion. Their family and children later joined them and decided to hand out food to devotees

When they first started, they only handed pieces of bread to devotees until her friends decided to give food packs by pitching in cups of rice, food, and other needs.

During this year’s Traslacion, Abanne is praying for the health and safety of the Filipino.

Meanwhile in Arlegui Street, another group of kind-hearted individuals also handed out free water in plastics bags for the devotees of the Black Nazarene. 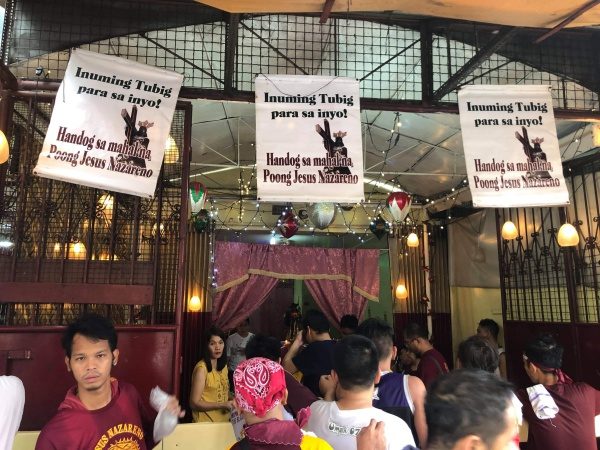 For this year, the procession left Quirino Grandstand in Manila at 4:30 am Thursday, January 9 – more than an hour ahead of the announced schedule. It went really quick when it passed the Manila Hotel and crossed Roxas Boulevard in a matter of minutes.

It also had one major change this year as the Traslacion passed through the Ayala Bridge instead of the traditional Jones Bridge. (READ: Faster Traslacion 2020 frustrates devotees)

This caused some Catholic devotees to express their frustration as the implemented changes deprived them of their tradition to get near the andas as police blocked the icon’s carriage. – with reports from Kurt Adrian Dela Peña/Rappler.com

@SamanthaBagayas
Samantha Bagayas is a community and civic engagement specialist under MovePH, Rappler's civic engagement arm. Aside from writing stories about movements and civic initiatives, she works with movers and campus journalists across the Philippines to amplify issues affecting their communities.