What other LGUs can learn from Albay’s Mayon response plan 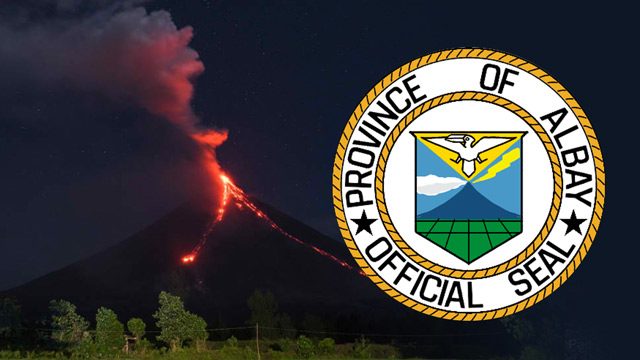 MANILA, Philippines – Does the country have standard protocols for volcanic eruptions?

While the Department of the Interior and Local Government (DILG) came up with Operation Listo, a manual for local government units (LGU) responding to typhoons and other weather systems, the Philippines has yet to create a counterpart manual specific for volcanic eruptions.

Unlike typhoon response that could wrap up in a few days, volcanic eruption watch and response can be long and grueling. With the possibility of ashfall, volcanic tsunami, and lava flow, hazards and risks in a volcanic eruption scenario are different from that of a typhoon. (READ: How to stay safe during volcanic ashfall)

Of the 23 active volcanoes being monitored by the Philippine Institute of Volcanology and Seismology (Phivolcs), Mayon Volcano is considered the most active, having erupted more than 40 times since its first recorded eruption in 1616.

It comes as no surprise, therefore, that the provincial government of Albay has initiated its own protocol for when Mayon Volcano suddenly erupts – a scenario that happened with Taal Volcano on Sunday, January 12, when Phivolcs raised the alert level to 4 in just a matter of hours. (READ: Batangueños uneasy about future amid imminent Taal Volcano eruption)

In an interview with Rappler, Ian Secillano, the municipal disaster risk reduction management officer in Libon, Albay, explained that, after the Mayon eruption in 2018, the Local Association of DRRMOs of Albay (LADA) turned their lessons into policies and practices should the volcano erupt again.

What can other local government units (LGUs) learn from this?

In its manual, LADA enumerates LGU priorities in the aftermath of a volcanic eruption and breaks them down into days in a four-month period. Secillano, who serves as the secretary of LADA, shared the key insights of their paper on Facebook.

One of the most important lessons Secillano highlighted was the significance of having an updated and centralized information management system. (READ: #ReliefPH: Help communities affected by Taal Volcano eruption)

(It’s important that everyone who wants to help should coordinate with the local government. If they don’t, it could mess up response in relief centers. If everyone coordinaes, the local government can look at their data and answer which evacuation centers need relief goods the most.)

With the surge of donations from private groups and individuals for those affected by the Taal Volcano eruption, the National Disaster Risk Reduction Management Council (NDRRMC) has appealed to the public to coordinate their donations with the Office of Civil Defense, the Department of Social Welfare and Development, and the Batangas Provincial Disaster Risk Reduction and Management Office. (READ: In disaster-hit areas, people are stepping up to help Taal Volcano victims)

In Albay, Secillano said they hired a dedicated personnel with the appropriate skills and qualifications who focused on data gathering and management of information needed during their Mayon eruption operations. Although the hiring was a job order basis, Secillano said they were critical to making sure their information management system is updated during their response.

However, Secillano acknowledged the problem of the lack of manpower – a reality experienced by many local DRRM offices. During a volcanic eruption, this becomes more critical.

(Most of DRRM officers have permanent or plantilla position. Sometimes, you have one DRR persons attenting to numerous job orders. Imagine the stress when you’re on round the clock operation with limited manpower. In a volcanic eruption, dragging experience tires you out in a different way.)

Secillano recommended tapping or hiring additional manpower to help in responding to a volcanic eruption scenario that could stretch to months.

Alert Level 4 remains in place, meaning a hazardous eruption is “imminent” or may happen “within hours to days.”

Albay and Batangas are not the only provinces with active volcanoes.

Secillan emphasized that LGUs with active volcanoes should engage with its community and consult experts, such as Phivolcs and the Department of Science and Technology (DOST), for worst-case scenarios. (READ: Malacañang defends Phivolcs amid criticism over Taal eruption warnings)

“Kailangan natin magplano kasama ang mga eksperto and kasama ang mga mamayan,” Secillano said. (We should plan together with experts and the citizens.)

In Albay, for example, they conduct volcanic eruption drills to simulate different scenarios in barangays that will most likely be affected should the Mayon Volcano erupt.

“The problem with simulations is that most people do not appreciate it. However, we need to take this seriously because it’s a practical skill,” Secillano said.