Environmental documentary ‘The Story of Plastic’ explores a global crisis Facebook Twitter Copy URL
Copied
'The Story of Plastic' hopes to help the audience have a better idea about the gravity of the plastic pollution crisis, as well as some insight into workable solutions

MANILA, Philippines – Plastic pollution has many hazardous effects on the planet, and environmental documentary film The Story of Plastic delves deep into its roots to better understand the crisis that’s affecting people all over the world.

The Story of Plastic features environmental activists, educators, and journalists discussing the global plastic problem, as well as solutions created by countries most affected by waste.

Plastic in the Philippines

During an advanced screening of the documentary at the University of the Philippines (UP) Film Institute on Wednesday, January 22, The Story of Plastic Executive Producer Stiv Wilson recalled seeing the extent of the plastic problem when he visited the infamous Smokey Mountain landfill in Tondo, Manila. (READ: Smelly, sticky, wet: Making it work in the dumps of Tondo)

“At that moment, I resolved to make The Story of Plastic. I understood plastic as an ocean issue, but I didn’t understand it as a human rights issue, from a developing world standpoint,” said Wilson.

In a widely-cited 2015 report, the Philippines was listed as one of the top 3 contributors to plastic waste in the ocean.

In countries with high poverty rates such as the Philippines, buying sachets tends to be much cheaper for the public than buying a whole bottle. (READ: The problem with plastics: Stopping it ‘at the source’)

Aside from consumerism, The Story of Plastic also tackles the issue of trash being exported from Western countries to poorer Asian countries. (READ: Canada takes garbage back from Philippines, ending long dispute)

“The pollution that exists in developing countries is predicated on our lifestyle in the United States,” said Wilson. (READ: US waste driving global garbage glut – study)

All over the world, efforts are being done to help solve the problem

Connett shared there were several strategies to implement zero-waste programs in communities such as establishment of recycling centers and reuse and repair facilities, and the banning of single-use plastics. (READ: Sachet away: What’s lacking in our plastic laws?)

“We need positive examples at every conceivable level, so when people get the message, they have models to copy,” said Connett. “Zero waste is an idealistic goal, but you must approach it in a practical way.”

Connett also urged academics and universities to take an active role in zero-waste initiatives by studying and researching the most effective and appropriate strategies for their community.

Zero waste in UP

For UP Diliman, it is a challenge that they are willing to take on.

Dr Fidel Nemenzo, vice chancellor for research and development and one of the candidates for the next UP Diliman chancellor, shared how he wants the university to join the fight against plastic.

Among the efforts he proposed were encouraging students to bring their own utensils; issuing guidelines to cafeteria operators, food establishments, and caterers to minimize food waste and packaging; and installing a water fountain in every building.

The vice chancellor plans on using a multidisciplinary approach in creating solutions.

“We will challenge all the professors and all the disciplines to help address this problem…and think about the institutional governance mechanisms that are necessary for such a campaign,” Nemenzo said.

Nemenzo emphasized how students are also integral in understanding and communicating the plastic pollution crisis to other communities. (READ: IN PHOTOS: Filipino youth call for urgent action as global climate strike begins)

The message of the story

Von Hernandez, Global Coordinator for the Break Free From Plastic Movement, hopes that The Story of Plastic can help give audiences a better idea about the gravity of the problem.

“This is a tool that can help shape the public discourse on this issue, correct its myths, and at the same time, tell the real story of plastic,” he said.

The advanced screening at the UP Film Institute was organized by Break Free From Plastic, alongside other environmental non-governmental organizations Greenpeace Philippines, Mother Earth Foundation PH, and No Burn Pilipinas.

The Story of Plastic will be screened in various film festivals throughout the year, and will be available to the public through online streaming services. Movie screenings may be conducted by signing up at the Story of Stuff website.

Watch the teaser for The Story of Plastic here: 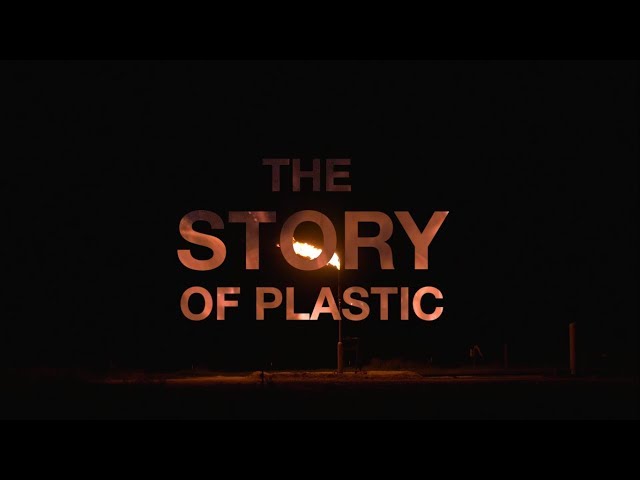 Dorothy Andrada is a Rappler mover from Roxas City, Capiz. She is currently based in Quezon City as a college freshman at the Ateneo de Manila University.