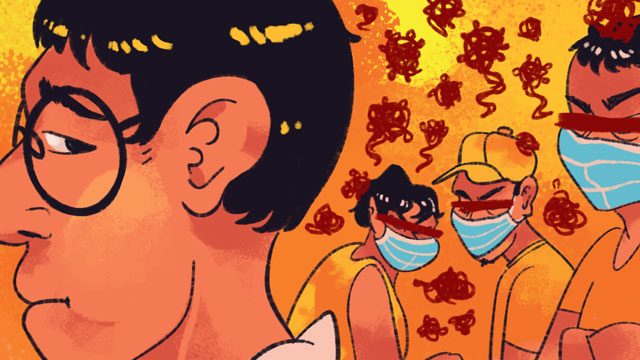 Facebook Twitter Copy URL
Copied
'I have never seen the Chinese be more sorry just for being Chinese. I have also never felt more ashamed for having a Chinese family name.' 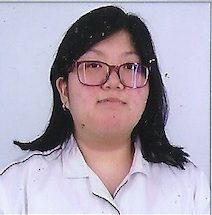 I never really felt that being Chinese-Filipino was any different from being a pure-blooded Filipino. I call the Philippines my motherland; I respect, more than any other, the Philippine flag; I memorize both the Panatang Makabayan and national anthem by heart; I speak Filipino as well as any other fellow Juan; I love eating sinigang and lechon; and I have always embraced our polluted, traffic-choked, sweltering Metro Manila streets as home.

But recently, I found this notion crumbling whenever I would see fellow Filipinos, whom I have always considered family, treating each and every Chinese national (including those originally from the Philippines) with disgust and prejudice because of the sudden mass outbreak of the novel coronavirus (nCoV). Indeed, the virus originated from the city of Wuhan in China, but China being ground zero for the virus has resulted in numerous adverse effects for all of its citizens, the most rampant of which is (extreme) xenophobia.

In the past few weeks, unfortunate stories of Chinese individuals all over the world, including the Philippines, have constantly been making rounds on different social media platforms. I see and hear of Chinese nationals being shunned and treated with utter disgust for being who they are. All individuals who “look” Chinese are ostracized and stayed away from. Many are also refused basic services such as cab rides and the use of certain facilities such as public comfort rooms and elevators. Once an individual is classified as Chinese, no matter what their citizenship, he or she is automatically denied these rights. (READ: [OPINION] Like us, the Chinese are victims of the virus and a despotic government)

Selected schools and offices have also issued a notice for mandatory self-quarantine that singles out only Chinese individuals. Recently, Adamson University was mired in controversy because of this issue. Many more stories like these abound, both locally and internationally.

I have never seen the Chinese be more sorry just for being Chinese. I have also never felt more ashamed for having a Chinese family name.

As a Chinese living in the city of Manila, which serves as a home to many Chinese locals in the country and houses renowned hospitals (e.g. San Lazaro Hospital and Metropolitan Hospital – which both reported and confirmed cases of the coronavirus), discrimination, however disheartening, was to be expected.

Recently, I noticed how some Filipinos have become more wary of me. For example, when staff at food establishments ask for my name and I tell them my family name, they always seem to give a certain look or make an awkward pause. Similarly, the other day, when I went to the grocery store with my mother and she spoke in Chinese, I noticed how the people around us looked our way, when in the past it didn’t matter. So I just put my head down and hurriedly spoke in Filipino to show them that I was from the Philippines – that I’m Filipino, like all of them, and free from the virus.

Through this whole ordeal I have constantly felt that Filipinos have this ridiculous and untrue notion that Chinese families such as mine all feast on exotic mammals at home, like how they perceive those in mainland China, and that we could thus carry the virus and infect them. Instead of doing proper research on the topic to curtail its spread and help the masses be aware and alert of the virus, some Filipinos choose to blow things out of proportion and throw their own baseless opinions here and there.

I see posts on Facebook claiming that being infected by the virus equates to automatic death, when in fact Chinese public officials have stated time and again that although the virus has a high contamination rate, its mortality rate, on the other hand, is very low. In fact, most of those affected make a full recovery and the others who died didn’t not because of the virus per se, but because of old age or other ailments that compromised their immune system. Public health experts also noted that panic over the virus outside of China is “unproductive and unwarranted,” asserting that there are reasons for hope during the coronavirus outbreak. (READ: WHO launches campaign against China virus misinformation)

First, the virus was identified and determined more quickly than ever before. Chinese authorities had already sequenced the virus and shared it with laboratories around the world only a week after it was discovered. Second, advancements in medical technology since the discovery of coronaviruses in the 1960s have allowed clinical laboratories and virologists to conduct thorough research into the way these viruses work.

Fear will not stop the spread of the virus and will only lead to negative social impacts. Instead, the public should take precautions to avoid getting sick, with the most effective preventative measure being everyday actions such as increased handwashing, avoiding face touching, and steering clear of contact with anyone who is sick.

In the middle of the coronavirus outbreak, along with keeping up with news regarding any development with the epidemic, I find myself re-evaluating what it means to be a Chinese-Filipino in the Philippines. Having lived in the Philippines the entire 17 years of my existence, I have never considered being able to function normally, in its most basic sense, as a privilege. Walking the streets peacefully, hailing a Grab ride, ordering food in my name, speaking in Chinese to my family in public places – all of these were mundane tasks that were simply part of my daily life, and which I considered basic rights.

But the masses’ reaction to the recent Wuhan coronavirus outbreak made me realize that there lingers a divide between Chinese-Filipinos and pure-blooded Filipinos despite having shared one home country for hundreds of years. It dawned on me that my view of Filipinos as a family might have only been one-sided, and that the notion is not shared by everyone.

Experts claim that a cure for the coronavirus is in rapid development. It is my hope that we may also soon see an improvement in cultural acceptance wherein all individuals, no matter what race or nationality, are treated with empathy and respect (and not ostracization) even and especially during times of crisis. – Rappler.com