[OPINION] The need for our schools to be homonormative 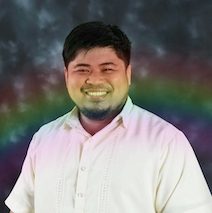 This was the question of Kenny, my former student who identified as gay. I was his classroom adviser, and I instantly said “Yes!” He then told me about the silver-colored gown he designed himself, and I saw in his eyes that he was so thrilled.

But the next morning, the joy in his eyes was replaced by melancholy; he told me that some of the other school officials were not up to scratch with his plan, and he decided to skip prom. I tried to talk to some of my colleagues about it, but with no luck. The principal had made her final decision.

It was always my choice to wear “boy” clothes, do not get me wrong. But what strikes me is the fact that the acceptance of my gayness lies in the clothes I wear. Does it mean that if I were wearing “girl” clothes, my colleagues would think less of me? (READ: 3 ways companies can promote SOGIE equality in the workplace)

This incident perturbed me as an educator. Is our school accepting of other gender identities and sexual orientations? Apparently, most schools have some degree of conditional acceptance of gender expression. This became my springboard for writing the dissertation for my doctorate. I investigated to what extent schools were heteronormative.

As scholars define it, heteronormativity is the way in which society places expectations upon people to look and act heterosexual in all situations. To put it in perspective, ”act heterosexual” means the male-masculine and female-feminine stereotypes. This expectation of heterosexuality within schools often serves to silence or further marginalize gender non-conforming and queer and questioning students, teachers, and administrators.

When heteronormativity is left unchecked in schools, it poses several adversities for students, educators, and the community. Firstly, it limits the choices for gender identity and expression by potentially encouraging conformity to rigid gender role norms. Secondly, pervasive heteronormativity limits the social, emotional, and academic life of students. It gravely impacts gender non-conforming students who may be viewed as deviant and may be subject to further marginalization and discrimination. Lastly, heteronormative culture can hamper an individual’s ability to express who they are, irrespective of their gender and sexual identities. (READ: End gendered uniform restrictions for LGBT students)

Although acceptance of the LGBTQ seems to be improving in the recent decade, the Philippine school system cultivates a heteronormative culture that is rarely challenged or disrupted. A United Nations Development Program report published in 2014 revealed that LGBTQ people are subject to discrimination in the guise of ‘academic freedom,’ which allows educational institutions to create their policies. These discriminations include the gender-insensitivity of the existing curriculum, a culture of bullying, and the existence of anti-LGBTQ policies (e.g. required haircuts and even masculinity tests). There were even instances when LGBTQ people were made to sign “contracts” to ensure they did not express their sexual orientation and gender identity and expression (SOGIE), an imposition on one’s sense of self that is not required for those whose SOGIE conforms to society’s expectations.

In response to transitioning into a homonormative institution, the Department of Education (DepEd) recently released D.O No. 32, s. 2017 or the Gender-Responsive Basic Education Policy. It outlined guidelines for how DepEd employees could promote and uphold the rights of children, regardless of gender orientation, and foster a nurturing learning environment for all. Though the policy is promising, mainstreaming sound practices for handling students’ gender preferences and addressing homonormative culture is yet to be established.

But these policies, while strong on paper, have not been adequately enforced. In the absence of effective implementation and monitoring, many LGBTQ youths continue to experience bullying and harassment in school. The adverse treatment they experience from peers and teachers is compounded by discriminatory policies that stigmatize and disadvantage these students, and by the lack of available information and resources about LGBTQ issues in schools.

When students face these issues – whether in isolation or together – the school can become a difficult or hostile environment. In addition to bullying and discrimination, exclusion may cause them to lose concentration, skip class, or seek to transfer schools – all impairing their right to education. For the right to education to have meaning for all students – including LGBTQ students – teachers, administrators, and DepEd need to work together with LGBTQ advocates to ensure that schools become safer and more inclusive places for LGBTQ children to learn.

Specific action needs to disrupt marginalization occurring in the classroom and the broader school environment. We need more transformative queer pedagogies and gender complex approaches to counteract heteronormativity and cisgenderism in the education system. Also, we need an expansion of the Gender and Development seminars and programs. Although women empowerment and women studies are still integral in this training, it should also include dialogues and discussions on LGBTQ awareness, and the issues they confront will help to lessen the aversion of teachers and school administrators towards them.

Understanding that gender fluidity spectra exist will primarily mitigate the negative attitudes towards the LGBTQ. Note that when conducting training on gender and sexual diversity, topics should be targeted on the value of acceptance and openness of the participants, no matter what age, religion, specialization, or position. (READ: [ANALYSIS] Sodom, Gomorrah, and the fate of gender equality)

Most important, the roll-out of DepEd Order. 34 s. 2017 is necessary. With the formation of gender-sensitive committees in schools, it will give an avenue for schools to consider breaking the stereotypes of sexes. Administrators should also educate themselves about this policy and start implementing the said provisions in their schools. – Rappler.com

Ronnel Joseph T. Competente is a Japan MEXT Scholar at the University of Tsukuba and a DepEd teacher at Tinago National High School. He is also a part-time Assistant Professor at the University of Nueva Caceres, Naga City. His doctoral dissertation has led him to study homonormativity and approaches in sexual and gender diversity in his school district.