[OPINION] Erased suicides: The game of shame-and-blame must stop 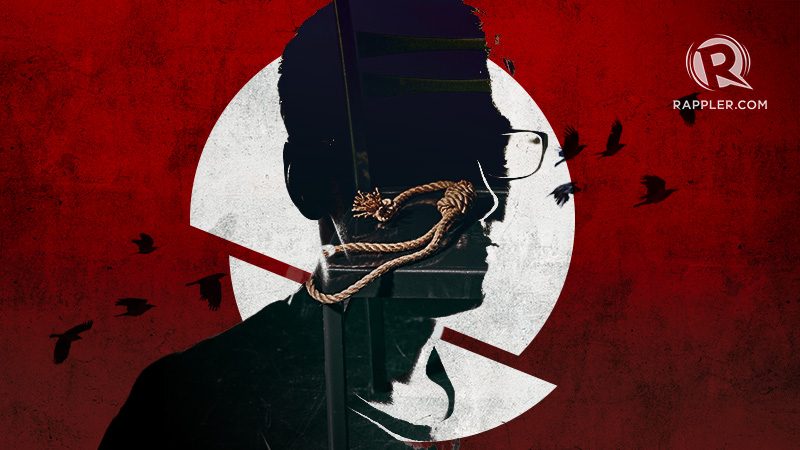 Facebook Twitter Copy URL
Copied
When we collectively refuse to acknowledge the epidemic of suicides, we become complicit in perpetuating shame, stigma, and blame on the people we need to help This is no longer something unusual: parents of those who unfortunately die from suicide, especially rich, influential parents, can and do request the police to help suppress news about their child’s death.

According to the mental health grapevine, usually the police report on the incident is pulled out of the official records, erasing proof that the suicide happened.

Can we blame the parents for going through this effort to hide the true cause of their child’s death? No. We perfectly understand their need to spare themselves from painful public scrutiny over these tragic circumstances.

And yet, as a mental health advocate, a person diagnosed with bipolar, and a survivor of suicide attempts, I wish there would also be parents who would be open about such things: parents that  would realize that acceptance and discourse, if done with the intent of helping others, can also aid in the healing.

When we, as a society, collectively refuse to acknowledge that the epidemic of suicides (particularly among young people) is a real phenomenon; when we insist on maintaining ignorant and false ideas about mental health, we become complicit in perpetuating shame, stigma, and blame on the people we need to help: those struggling with depression and other mental illnesses.

The biggest factors in a “successful” suicide are lack of treatment and lack of social support for the depressed, mentally ill, suicidal person. If such a person feels that he or she is weak, unworthy, cut off from social support, and is ashamed over being depressed and suicidal, there is little chance that he or she will seek help. Without help, then we should not be surprised if such a person dies from the unacknowledged, untreated mental illness.

Imagine that heart disease was a source of shame and invited trolling, ridicule, and bullying. Do you have hypertension (“high-blood”)? Well, too bad for you. You are so weak. Why can’t your blood pressure be normal like the rest of us?

Are you obese or overweight? That’s your fault. Why can’t you stop eating so much? Ang takaw-takaw mo kasi. So you’ve had a heart attack or a stroke. Well, that’s also your fault.

The way to prevent obesity, being overweight, hypertension, heart attacks, and strokes is all over Google. Eat less fat, less sugar. Instead, eat more vegetables, fruits, and load up on fiber. Exercise regularly. Get at least 8 hours of sleep daily.

If you are so weak-willed that you can’t even maintain a healthy diet, well then it’s your fault that you have cardiovascular disease. You should be ashamed of yourself.

It’s so logical. We really should blame people when they get heart attacks, stroke, or become overweight and obese. But we don’t. Have you ever wondered why?

It’s ridiculous for us to shame and blame people when they get heart disease, diabetes, or even cancer. And yet, reading through the medical literature, we find that these are so-called “lifestyle diseases.” Certain types of cancer, including colon cancer and cervical cancer, are tied to our lifestyle choices. But if we shame and laugh at someone with colon or cervical cancer, we’ll be considered villainous assholes.

Strangely, it seems perfectly all right for some people to shame and blame those who get depressed and diagnosed with a mental illness. When the depression gets so severe that it drives a person to suicide, such a person also receives the shame-and-blame treatment. Why?

Such regard for people with mental conditions is really rooted in Filipino culture’s erroneous notions about mental health and mental illness. Here’s a brief rundown of those wrong ideas:

We have total control of our minds (or brains). Anyone who has been so drunk that he or she starts dancing on the tabletop in a bar, and wakes up the next morning drenched in vomit with no recollection of those events is a walking refutation of this idea. The reality is, our minds and brains can drive us to do certain things, under certain circumstances, that we have no control over.

Depression (and any other mental illness) is a character flaw or weakness. This is simply not true, based on the evidence from medical science and the real life experience of people diagnosed with depression, bipolar, borderline personality disorder, obsessive-compulsive disorder, schizophrenia, etc.

Suicide is a choice. In the vast majority of instances, this isn’t true. In cases where mental illness is involved, suicide is the final, terminal stage of a disease that had been eroding the affected person’s survival instinct – eating away at their capacity to feel joy, or even to feel the barest human connection.  Daily symptoms cause them a torment that they are unable to articulate or share.

Simply put, a suicidal person is no longer in his or her right mind. They are trapped “inside their heads,” in a spiraling loop of thoughts of self-destruction, where the darkness of despair cuts them off from the outside world. One psychological researcher, Richard Heckler, calls it “the suicidal trance” in his book on suicide survivors, Waking Up, Alive.

Suicide is the end point of a mental illness that has become terminal. Assigning blame or shame to the person who was killed by it, or to that person’s family, is grossly ignorant and unfair.  The Department of Health estimates that more than 3 million Filipinos have depression – but the actual number could be higher because many of those who are depressed do not seek medical attention out of shame.

It’s a good sign that depression has become part of public discourse. More people now know that depression, when it is a medically diagnosed condition, is a sickness. A sickness can only be addressed through acceptance, medical treatment (and other therapies), and social support.

Our society, thanks in no small part to present day stresses, anxiety triggers, and mental exhaustion through the overuse of social media and the internet, is pushing many of us to the brink of mental illness. Some do fall off and become depressed or worse.

Even the medical community in the Philippines knows that unless we make mental health a priority in our families, schools, and workplaces, cases of mental illnesses will only grow in number. We need more programs that will help build mental strength and resilience among our young people, and even adults as well.

Our mental health support group, Health Mind Manila, is holding a layman’s forum on mental strength and resilience. It’s called “Leap of Faith” and will be held on February 29, 2020, at Taumbayan Cafe starting at 5 pm. For information on how you can purchase tickets and other inquiries, please go to our official Facebook Page.

If you are in emotional distress, depressed, or having suicidal thoughts, there’s still hope. Get in touch with your doctor or you may called these hotlines for help: