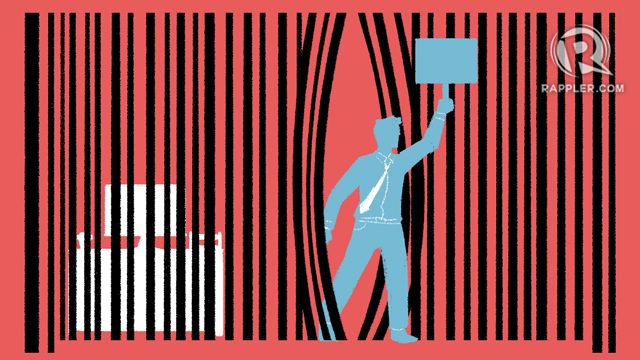 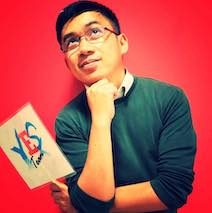 It was a gloomy Monday morning, July 2012. President Benigno Aquino was about to deliver his second State of the Nation Address. I woke up early to catch the latest news and prepare my speech for our own the State of the People’s Address. (READ: Youth activism: More than just organized action)

At 10 in the morning, different mass organizations, church people, human rights workers, activists, and students started to gather at the Iloilo Capitol grounds and march along the streets of Iznart and JM Basa. By 2 in the afternoon, there were about 5,000 people chanting, marching, and making a fuss in downtown Iloilo. At 5 pm, I delivered the closing remarks, meant to inspire Ilonggos to continue the struggle for National Democracy. By 8 in the evening, I found myself at the airport bound for Manila.

I left Iloilo because I wanted to secure a future that could save my frail romantic relationship. I found myself queuing up at a job fair in Ortigas, and with no previous experience and a somewhat average academic record, I wound up in the call center industry. Luckily, almost all the companies wanted me, so I chose what I thought had the best offer then.

But despite all that, my relationship with the person I thought would be my forever ended. It was 2016 and I was at a crossroads again.

Now that my relationship was over, I had every chance to go back and resume my advocacies. But the temptation of economic stability had always figured, so the choice to stay was obvious.

Eight years after I left Iloilo, I am now in corporate management, working on how to optimize productivity and performance of operations, process improvement, and making the business grow.

To some extent, I realized that activism was what made me who I am today. An activist is someone who is willing to challenge the status quo. Similarly, it is in trying to revolutionize the corporate setting that we get to see a different perspective and challenge the process and the system; this way there is an opportunity to improve the business. (READ: [OPINION] Activism is not a waste of time)

Today, I am facing the same crossroads again.

My decade-long involvement in activism, spanning high school to college, had cemented in me the basic principles of compassion and service to the people. And thanks to my corporate job, I have now seen the other side of the fence: how labor rights are being compromised, economic differences and the widening gap between the rich and the poor, and the public’s need for social services and welfare. All these are no longer theoretical to me. I have witnessed how an employee can be terminated without due process, how companies can become greedy in the guise of business needs and company prerogatives.

I realized being an activist never really dies even when you leave the movement. It stays in you, albeit in a different manner or form. Being critical about everything is a tool we can use to ground ourselves, our friends and family, and our country. (READ: CHR reminds government: Activism is a right)

This realization has convinced me that I should be on the streets again.

I end this piece with the question that made me become an activist in the first place: mayaman ang Pilipinas, pero bakit naghihirap ang mga Pilipino? – Rappler.com

Ian Porquia is former spokesperson of BAYAN Panay and regional chairperson of the League of Filipino Students. He is now an operations manager for a BPO company in BGC.