[OPINION] In solidarity with our queer sisters

Mar 6, 2020 1:17 PM PHT
Xavier Javines Bilon
Facebook Twitter Copy URL
Copied
'The more I learned about the experiences of other LGBTQ folks like me, the more I recognized that we were still different from each other' 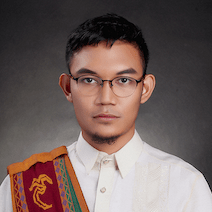 When I came out to myself as queer when I was still a little kid, I found discomfort in not knowing how I was different — or similar — from my brother, my sister, and my friends. I had no idea then what gender and sexuality were and the bigger role they played in our lives and relationships as social beings. All I knew was that I was a bit different — yet similar — from most people around me.

In college, I joined UP Babaylan, a group of lesbian, gay, bisexual, transgender, and queer (LGBTQ) folks in my university. I found comfort in knowing that we shared a lot of common experiences. We went to different schools and universities in the Philippines, met other queer students, and helped them organize and access information about their rights and freedoms. (READ: [OPINION] Why we fail as queer activists)

But the more I learned about the experiences of other LGBTQ folks like me, the more I recognized that we were still different from each other.

Seeing through my privileges

The experiences of my sister and my mother, whom I am thankful to learn from, helped me to grasp the reality that gender and sexuality affect all of us differently. For one, there was the overlooked and unspoken expectation that they had to do housework and provide emotional support on top of their daily routine. For another, I could enjoy hanging out with my friends until late at night, but my sister usually could not.

Many of my queer women friends confront the same challenges my sister and my mother encounter every day. They contend with barriers and resist norms imposed upon and constructed by a society where boys and men are favored — whether intentionally or unintentionally, implicitly or explicitly. This, despite global recognition from institutions such as the United Nations (UN) that women’s rights are human rights. (READ: ‘I know a place’: 10 safe spaces for LGBTQ+ people in Metro Manila, from clubs to cafés)

Many of the friends and mentors I look up to are women. But not many of them have the privileges I have as a man from a middle-class family. When I joined the United Nations Development Program (UNDP) in the Philippines for our HIV and LGBTQ work in the country, I had to remind myself of these privileges and take inspiration from my experiences as a queer Filipino in order to genuinely help in making our program work for women, particularly queer women, and other marginalized sectors.

Making it work for lesbian, bisexual, and transgender women

In 2018, UNDP initiated a study focusing on the economic empowerment of lesbian, bisexual, and transgender women in the Philippines. The research was led by Dr Moizza Binat Sarwar of Overseas Development Institute, a PhD graduate of Social Policy from University of Oxford, and Maroz Ramos of GALANG Philippines, an LGBTQ rights activist working on grassroots organizing of urban poor lesbian, bisexual, and transgender Filipinos.

The report reaffirms the reality that Filipino queer women power through obstacles in many facets of their lives just because of the fact that they are lesbian, bisexual, or transgender women. These hurdles that are found everywhere limit their capabilities in achieving their economic needs and their power to make and take action on economic decisions. (READ: [ANALYSIS] Sodom, Gomorrah, and the fate of gender equality)

Despite legal protections from bullying, Filipino queer women find that their paths to education are marred by bullying, discrimination, lack of access to LGBTQ-related information, and even in some cases, physical or sexual assault. Some research participants also reported that they “normally experienced violence at the hands of family members rather than neighbors or community members.” Government initiatives and services — including those in education, health, and social protection — remain to be unresponsive and inaccessible to many lesbian, bisexual, and transgender women.

The results highlight the need for a holistic approach in achieving economic advancement that focuses not only on independence, choice, and control at the individual level, but also on the more systemic factors — how our society and the environment in which we live affect women socially, economically, and politically as individuals.

From societal to personal

The report also shares some invaluable recommendations that range from societal changes we can advocate for, to actions we can work on at a personal level.

We need to strengthen our national legal framework for women by passing the SOGIE Equality Bill, and by properly implementing existing laws on women’s rights such as the Magna Carta of Women. We also have to actively combat and take personal responsibility for the violence, abuse, harassment, and discrimination faced by queer women in the public and private spheres. And we have to constantly listen to and have a meaningful dialogue with them to fully understand their priorities, their needs, and their means of economic empowerment.

During the launch of the report, Naomi Fontanos, a transgender woman activist, reminded us that institutions like the UN and our government should consciously provide employment opportunities for lesbian, bisexual, and transgender women. In achieving economic empowerment, these opportunities will allow them to directly represent themselves and fully participate in our development agenda.

Her remark made me stop and think about the time I started working with UNDP, when I was a little kid who still found discomfort in feeling different. I agree that these kinds of institutions are some of the best avenues for helping out lesbian, bisexual, and transgender women. And I am thankful to all queer women activists who continuously remind us that recognizing our differences – ones that demand different approaches, policies, and actions – is a great expression of solidarity and our shared humanity. – Rappler.com

Xavier Javines Bilon is a licensed engineer who works with the UNDP as their HIV and LGBTI Focal in the Philippines. He is currently taking up MS Statistics at the University of the Philippines Diliman, focusing on social statistics, digital data, human rights, and gender and sexuality.

The full report, “Making It Work: Lesbian, bisexual and transgender women’s economic empowerment in the Philippines,” can be accessed through the UNDP Philippines’ website.

The research was initiated by the United Nations Development Program as part of the Being LGBTI in the Asia Pacific (BLIAP) regional program, which aims to reduce marginalization and exclusion of lesbian, gay, bisexual, transgender, and intersex people. Supplementary funding was generously provided for by the Embassy of Canada, Philippines.