From a photographer’s lens: Remembering strong women throughout history

Mar 7, 2020 6:42 PM PHT
Rick Rocamora
Facebook Twitter Copy URL
Copied
Sharing these photos and their personal memories is my way of honoring these remarkable women on this special occasion 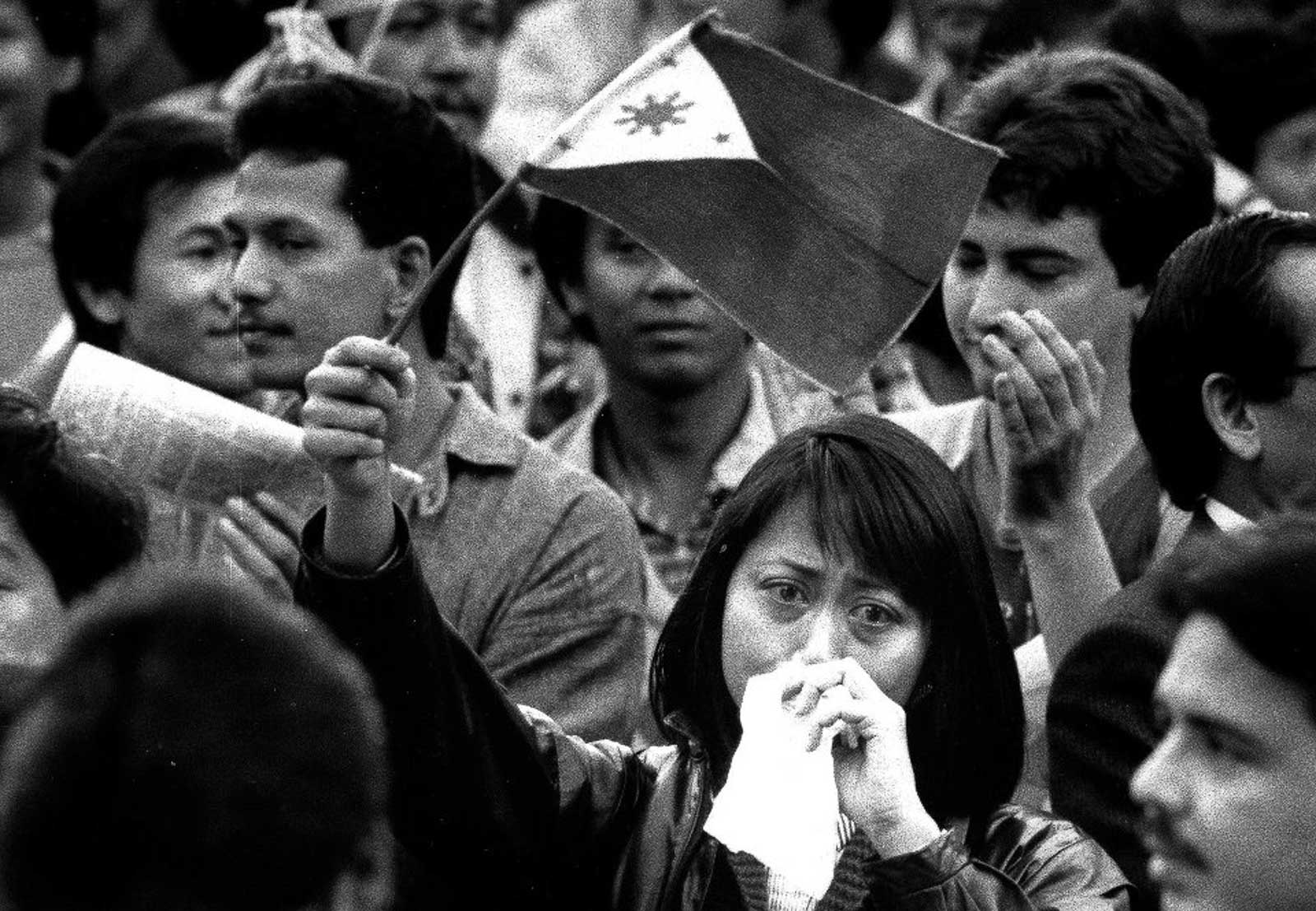 MANILA, Philippines– I have been taking pictures for 35 years now, professionally for 29 years.

From the many frames I made from Kodak Tri-X using a Leica Rangefinder camera and from the digital files of my Fuji Cameras, I have shot thousands of photos of women.

Some were taken on assignment. Others were commissioned work, political work, personal work, and long-form documentaries that ended up in books. Still, few of them leave unforgettable memories that stand out from my graying psyche.

As we celebrate International Women’s Day, sharing these photos and their personal memories is my way of honoring these remarkable women on this special occasion.

While traveling with Nicaraguan friends in 1985 during my first sojourn overseas purely as a photographer, and shooting more than 10 rolls of film for the first time, I captured this photo of Nicaraguan dancers preparing for their presentation in the ruins of the Grand Hotel, in Managua, Nicaragua. 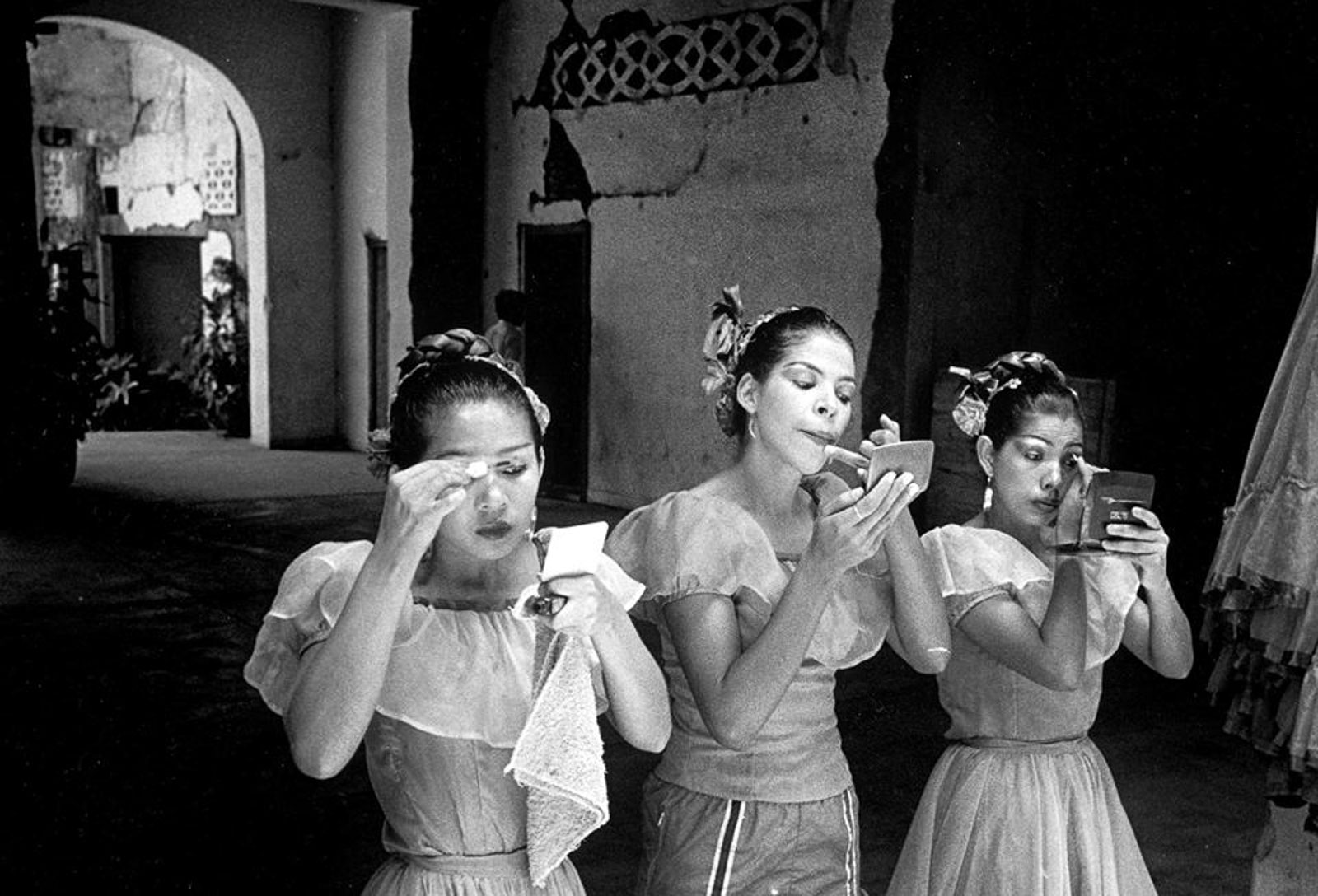 On February 26, 1986, Filipinos celebrated the EDSA Revolution, as well as the departure and downfall of the dictator Ferdinand Marcos, at Union Square in San Francisco, California. In the middle of the tumultuous crowd was a woman chanting and waving a small Philippine flag. As I lifted my long lens, I saw tears flowing from her already swollen eyes, and I took several photos.

The woman represented the many souls of silent and vocal opposition to the dictatorship, and celebrated Marcos’ departure with tears of joy. I cried as well while working to capture this pivotal moment in time. Her photo represented the love of country of many in the diaspora to this day.

Professional photographers make family pictures and I am not an exception. We make tons of them and occasionally, it is no longer a pleasure but a total annoyance to our subjects.

I took this picture of my wife Sharon and son Eugene to test an old, beaten up, vintage Nikkor 85mm F2 lens, which I ended up giving as a gift to a Nicaraguan photojournalist.

This is my favorite picture of both of them, which shows the love and care of a mother and child. 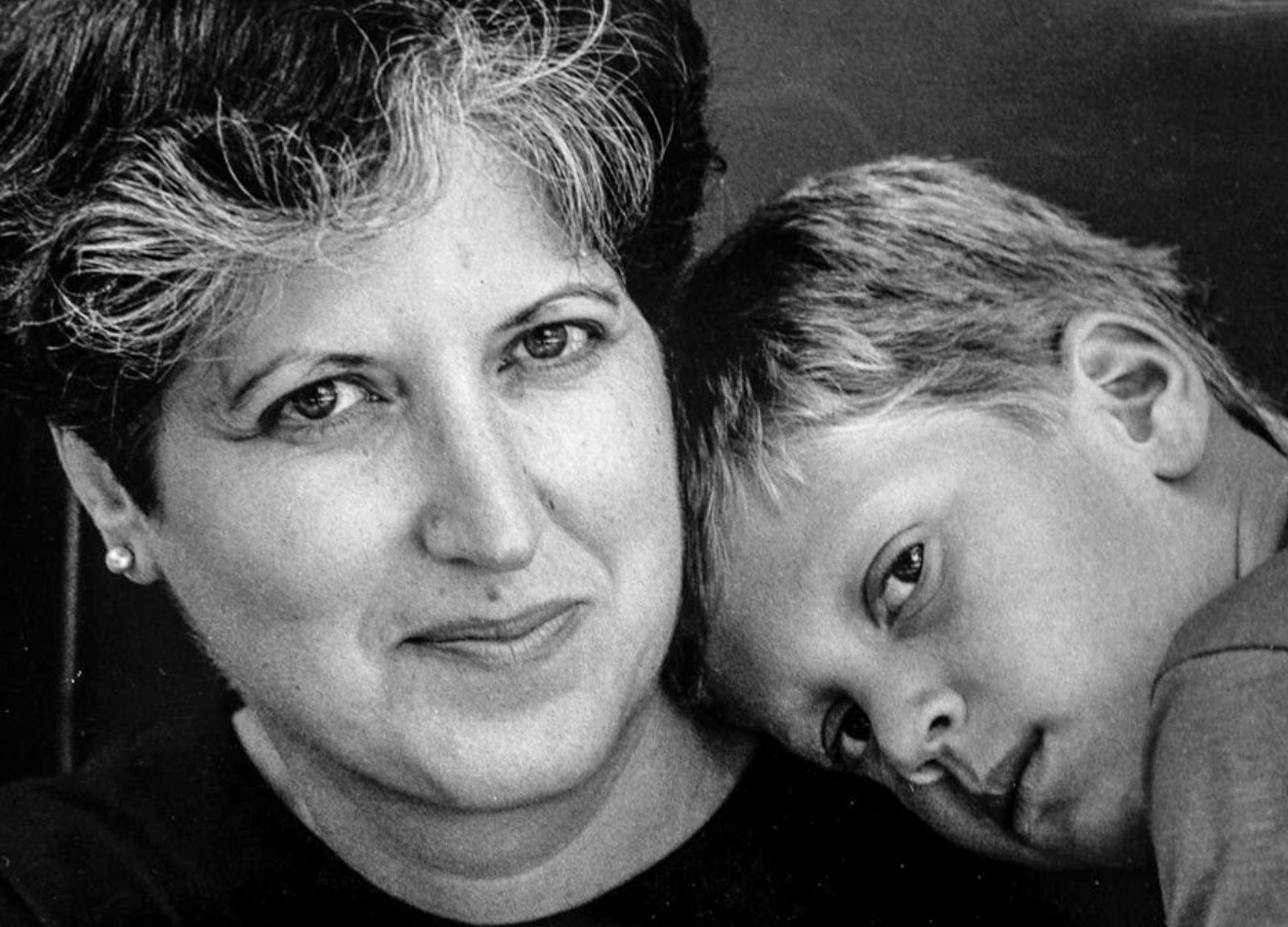 I owe Sharon an overwhelming gratitude for her appreciation and support of my passion and work. My deepest respect goes to this woman with so much love and passion for her community and internationalist work. She has my deepest love, respect and admiration.

We are both happy that our Eugene grew up to be a caring man who’s respectful of women. He is a real mensch.

The plight of Filipino World War II veterans initially did not get much attention from the Filipino-American community. These veterans were considered a badge of shame for some following the exposure of their living conditions and demand for equity for their services during the second world war.

Lou Tancinco, and many others, most of them women, organized the Filipino Veterans Equity Center (VEC) as a reaction to my published stories. Tancinco volunteered to conduct a free legal clinic to assist the veterans with their legal needs in bringing their immediate family to America with them.

To this day, the VEC is still functioning as an agency helping Filipino veterans and their families, as well as other seniors for their day-to-day needs.

More than 20 years later, Tancinco continues to provide her personal, financial, and moral support to the Filipino-American community in the Bay Area and beyond. She is one of the many Filipino women whom we must honor for their outstanding work of humanitarian service for our kababayans (countrymen) everywhere. 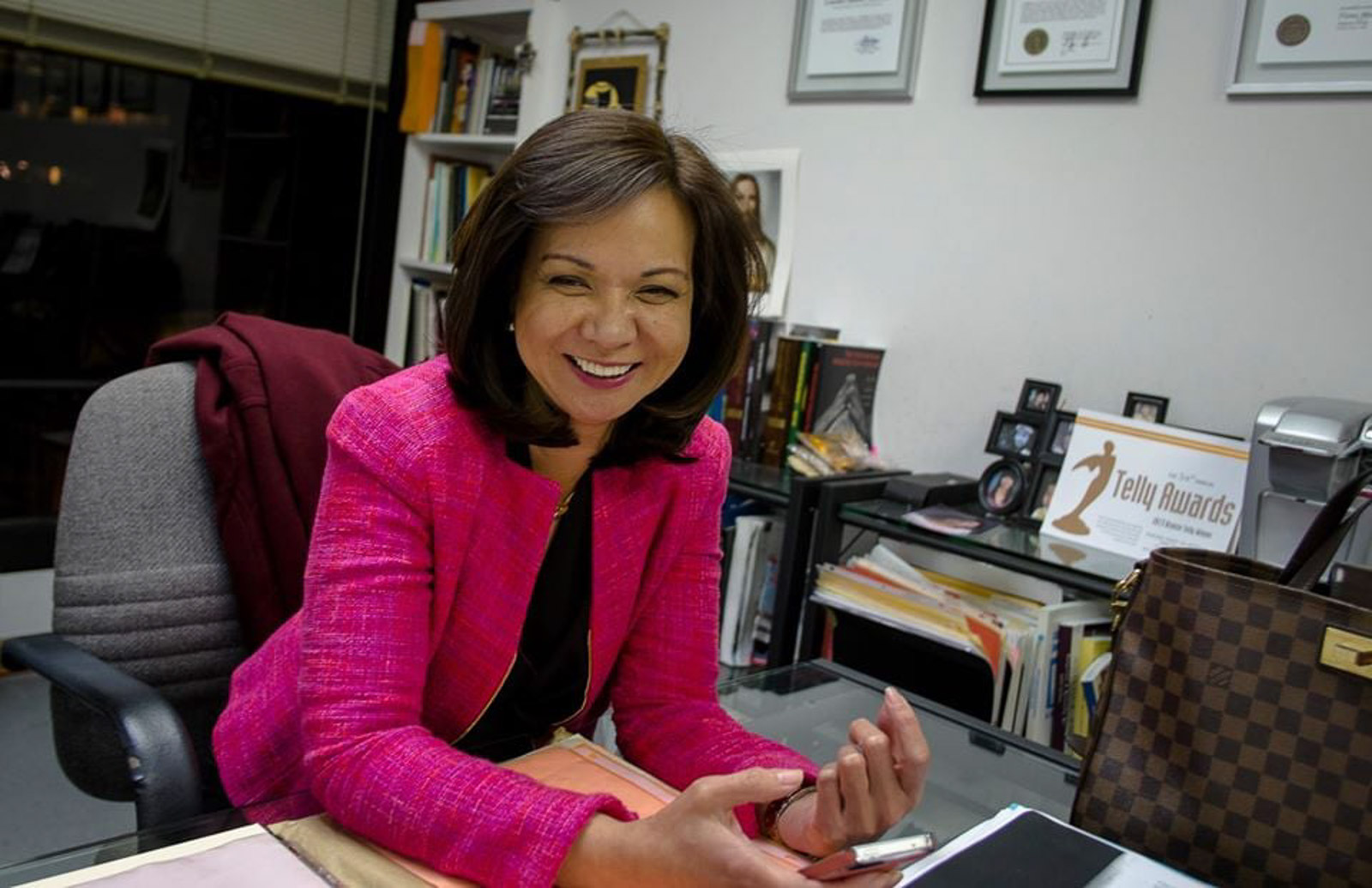 Xyza Cruz Bacani and Rodallie Mosende will forever be part of my living history as a documentary photographer.

Bacani was a former domestic helper in Hong Kong, who took photos of the life in the busy city on her time off. She’s now an acclaimed documentary photographer whose works have been published in the New York Times and other foreign publications, as she captures the abuses faced by migrant workers. (READ: The art of Xyza Bacani) 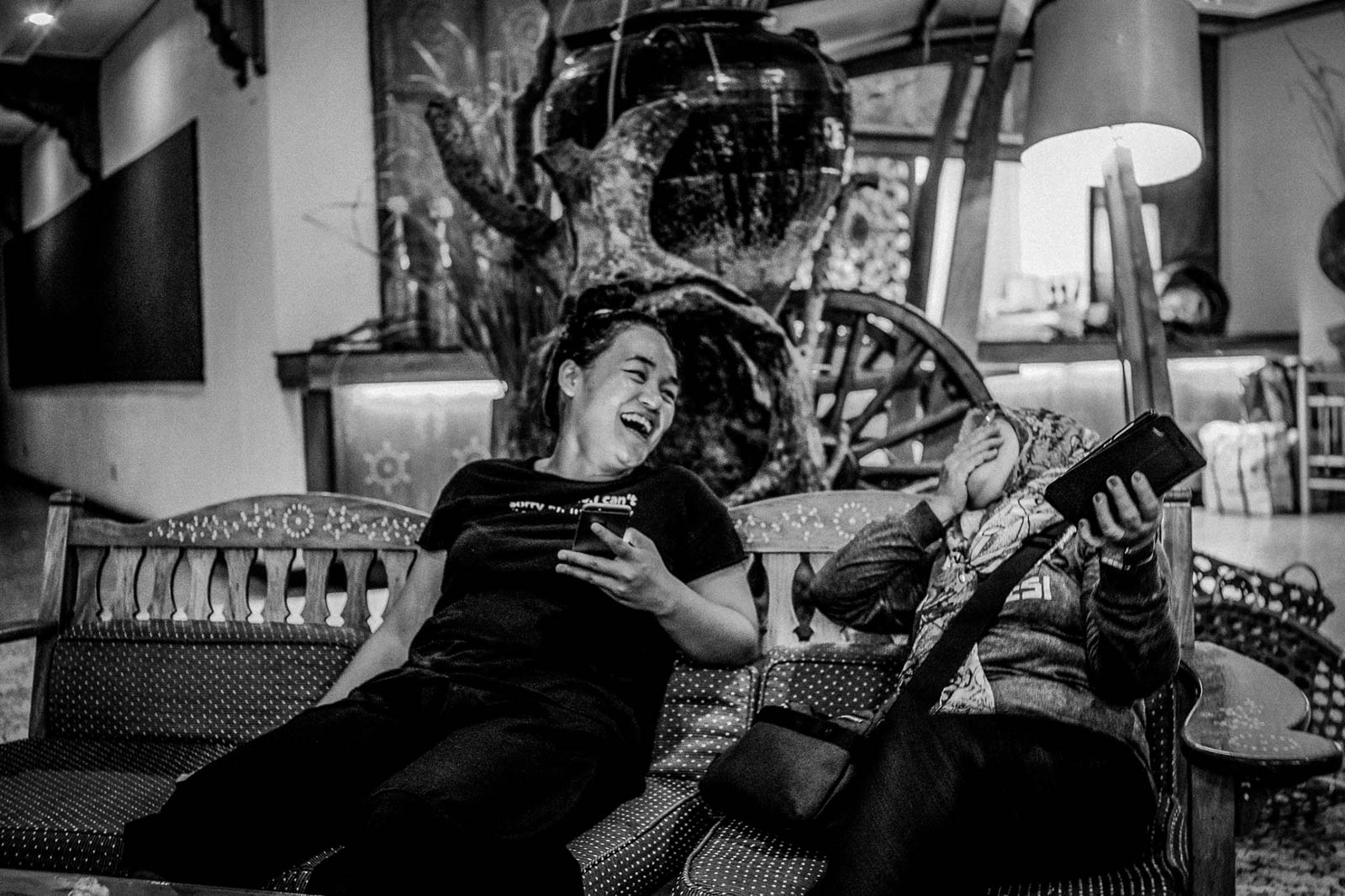 Mosende, meanwhile, grew up homeless since birth on Paterno Street, Quiapo, Manila, Philippines. She was a child beggar, and later a street sweeper until sophomore year in college to earn extra money for transportation and food. (READ: Life’s arcade: Quiapo)

Being poor and living on the street, she learned to study under candles and streetlights. While in college she stayed late to use the library, its computers and printers to finish her assigned work.

In 2016, she graduated with a degree of Bachelor of Science in International Hospitality Management and a specialization in cruise line operation in hotel services from Lyceum University of the Philippines, Manila Campus at PICC in Manila. It was with the help of an anonymous benefactor who offered to support Rodallie’s college education with a monthly stipend to cover her other expenses after seeing photos of her story. 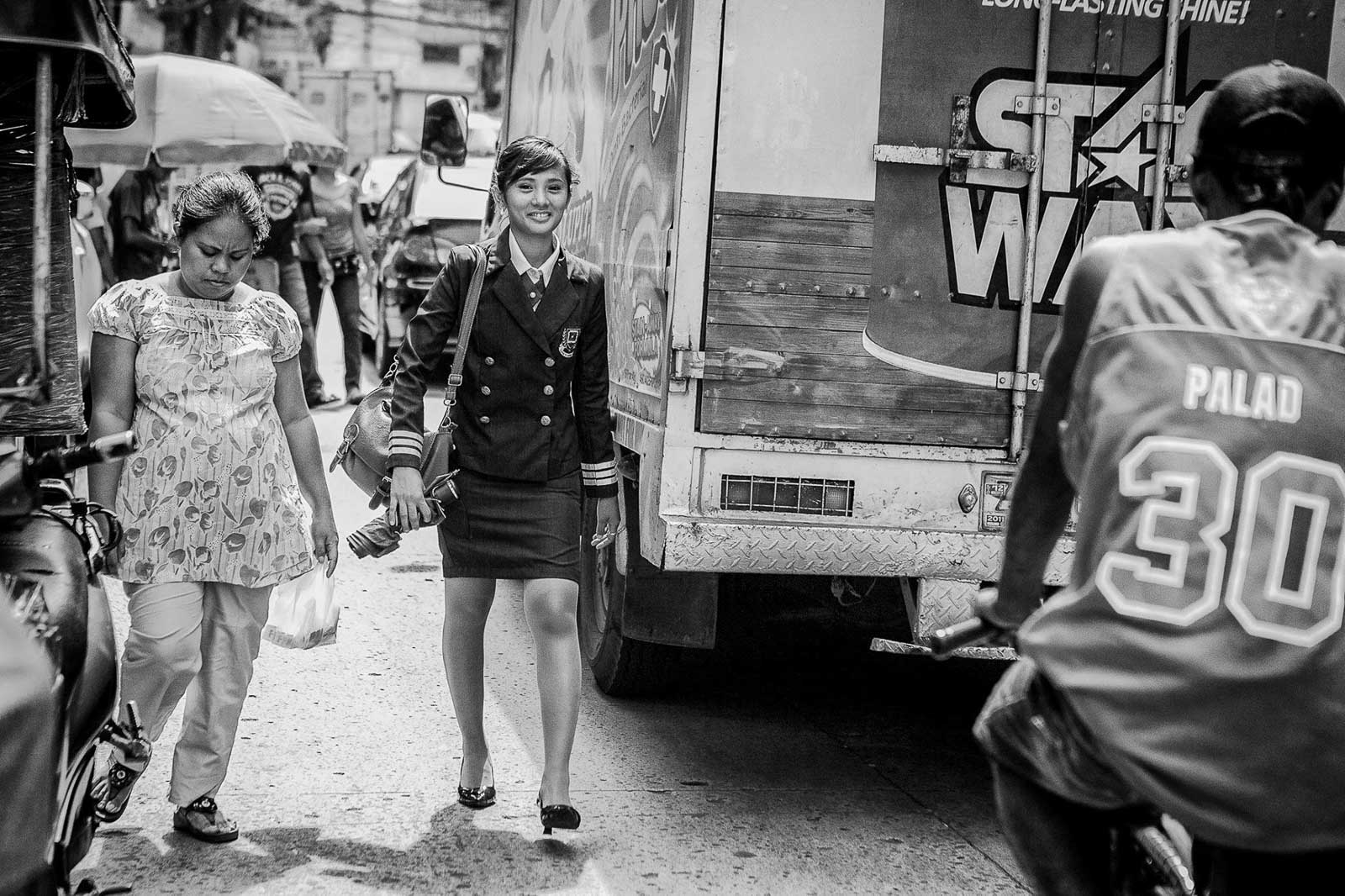 Their separate lives and stories have evolved to become an inspiration to many young Filipinas looking for opportunities, and working to improve their lives.

I consider them now as my own daughters, like many of our nation’s daughters finding their meaning and importance in a world still struggling to give them equal status in every aspect of our daily existence.

In my travels, I photographed mothers who are deeply involved in the education and health issues of their children. 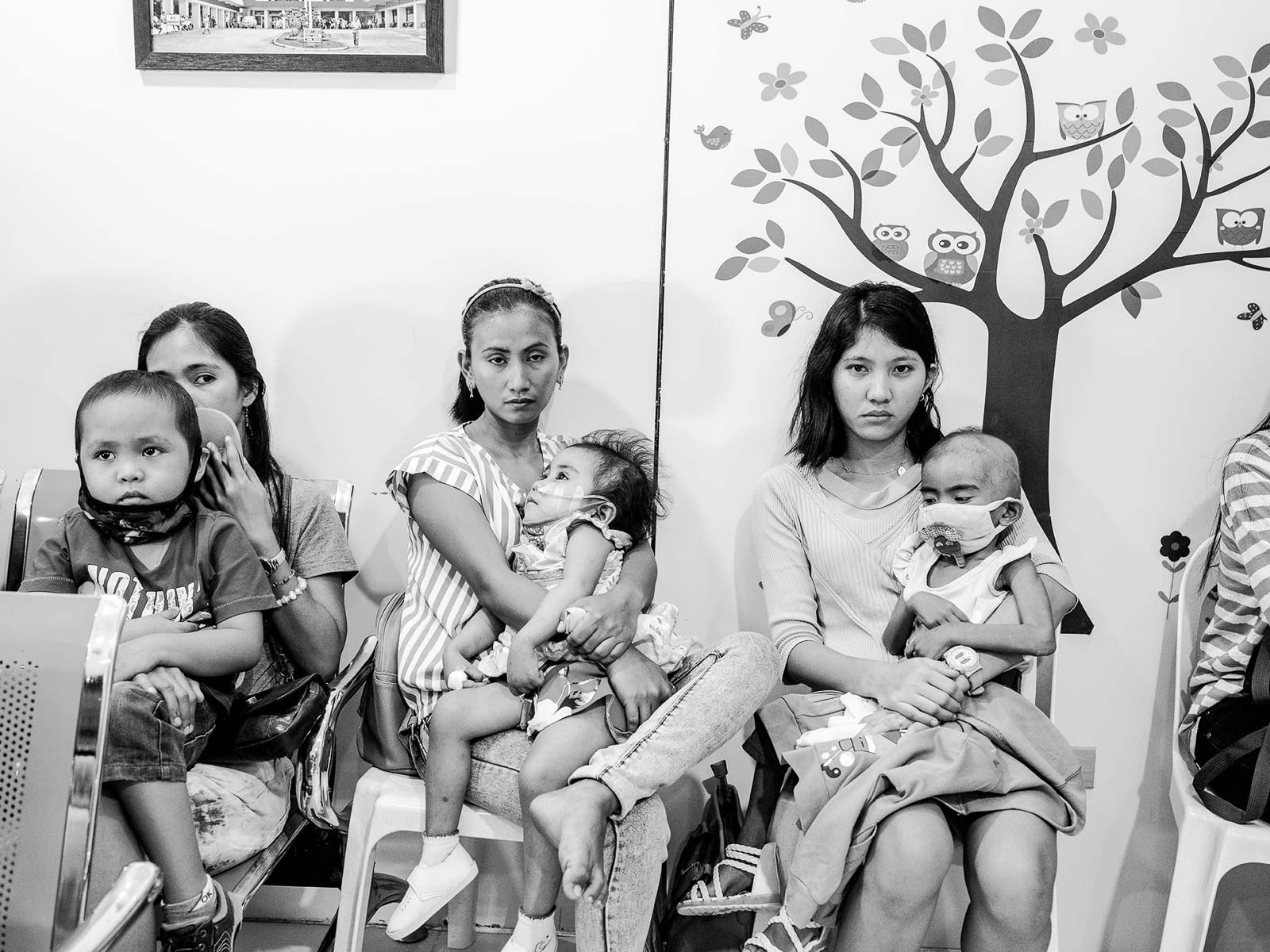 We must honor our mothers, the mothers among us, and mothers across our land, who because of our unfair and age-old culture and tradition, remain in most cases the ones who carry the burden of the family’s day-to-day responsibilities.

This women’s month, we put a spotlight on women’s issues, especially on mothers who suffer in abusive, immoral and unequal relationships because divorce is not yet an option. We honor women and mothers for their resilience, and hope our leaders will be courageous enough to take a stand for them. – Rappler.com

Rick Rocamora is an award-winning photographer and author of 4 photo books. His work is part of the permanent collection of the San Francisco Museum of Modern Arts. His work “Intifada Marawi” is currently exhibited at Ateneo Art Gallery until March 29, 2020.