The power of capoeira: Manila street children find a new rhythm through sport 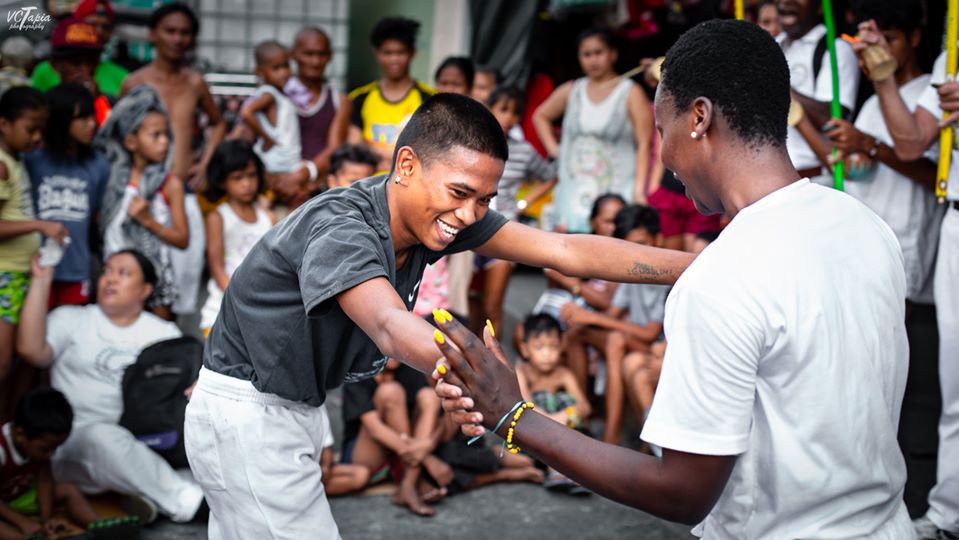 MANILA, Philippines – What would have happened to Joshua if he had not started practicing capoeira?

As a young boy on the streets of Manila, Joshua (not his real name), was among the most vulnerable, with an unstable family situation and already abusing drugs.

That bleak situation confronts far too many children in the Philippines, where more than one million children are living in the streets, according to United Nations Children’s Fund (Unicef).

They face hardships that no child should, including being deprived of an education, social marginalization, malnutrition, and physical and sexual abuse.

Those same problems, however, endanger many other children as well, with data from the Philippines Statistics Authority showing that 31.4% of children were living below the basic needs poverty line nationally as of 2015.

For children in the margins, reintegrating into society can involve almost insurmountable barriers.

In addition to the discrimination they face, most of them have developed “fear and complicated relationships with adults,” said Jaime Leandro Benedicto, a capoeira instructor and teacher at the Project Bantu Philippines, a non-governmental organization (NGO) which provides programs for disadvantaged children and youth.

“The sport allows them to gain trust and respect the authority figures to slowly reconnect with the society,” he said. 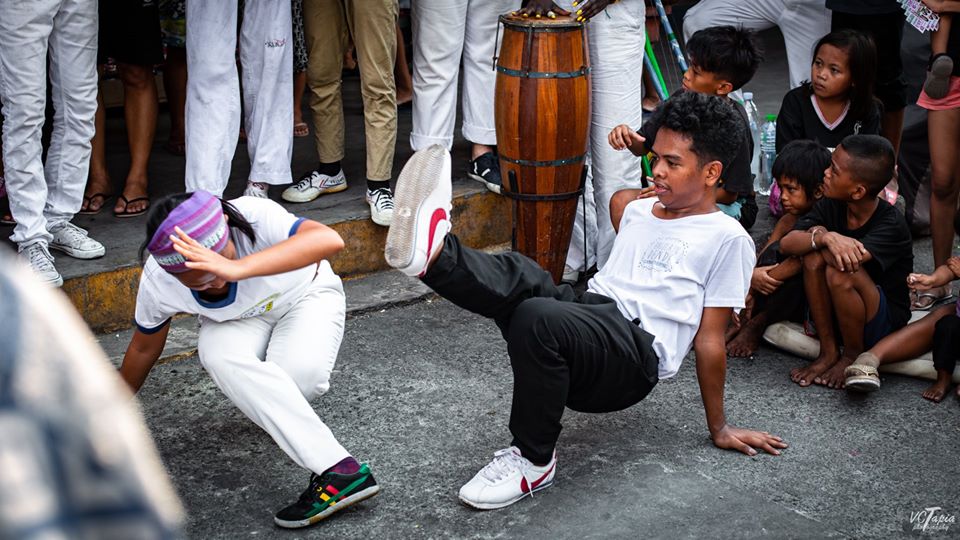 The value of capoeira

Sport is a powerful force for building peace and driving the 2030 Agenda for Sustainable Development. As Traditional Sports and Games registered by United Nations Educational, Scientific and Cultural Organization (UNESCO), capoeira contributes to intercultural and intercommunity dialogue, while helping to sustain traditional knowledge and practices.

“The linkages between youth development and sport are clear,” states the UNESCO publication “Youth Development Through Martial Arts” published in 2019.

“Sport can be used to teach healthy living, promote well-being and foster intercultural dialogue and peace building. It fosters cognitive development, which has a range of wider benefits in all aspects of learning, socialization and well-being,” it read.

These qualities led to the founding of Project Bantu in 1998 in Brazil by Edielson da Silva Miranda, who is now known as Mestre Roxinho.

Roxinho moved to Australia in 2006 where he began to work with vulnerable populations including refugees and Aboriginal Australians, providing psychological and social empowerment through Capoeira Angola.

An Afro-Brazilian art form integrating martial arts, acrobatics, music and dance, capoeira is a remarkable cultural practice in the tradition of raising up people excluded from the dominant society and fighting for equal treatment.

As the most traditional form of capoeira, the Capoeira Angola takes roots in the enslaved people of the 16th-century Portuguese colony of Brazil, most of whom had been brutalized and stolen from their homes in present-day Angola.

The capoeira circle, involving both martial artists and musicians, was inscribed as Intangible Cultural Heritage of Humanity in 2014.

The theme of empowerment persists in Project Bantu, implemented in the Philippines in 2012 that educates and empowers vulnerable young people who have experienced high levels of trauma facing “enormous social, economic, nutritional, psychological and behavioural hurdles.” 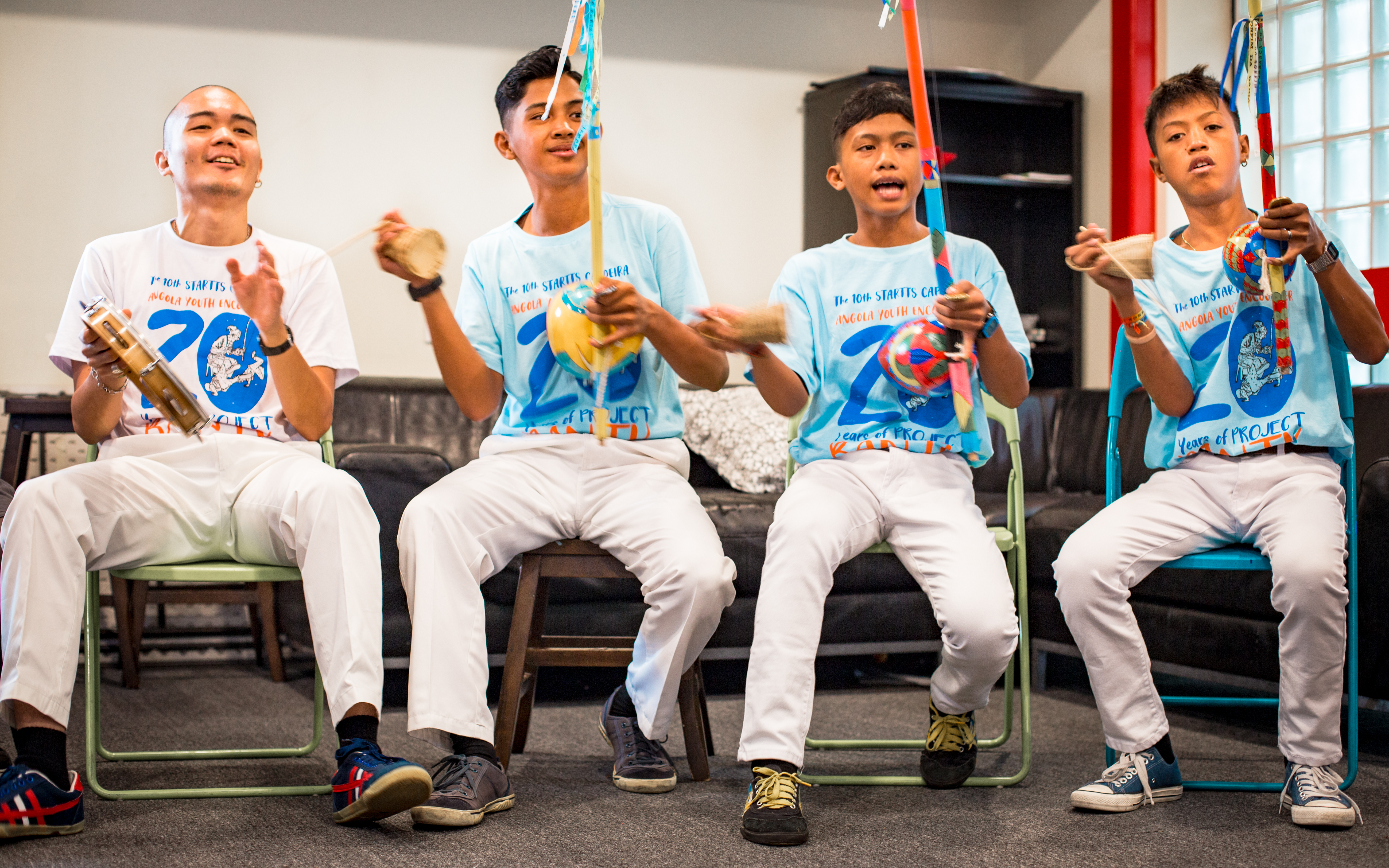 This NGO, which now conducts programs for more than 300 children and young people in Manila,  is being managed by its Project Officer Jacqueline Cruz and Benedicto, who has practiced capoeira for nearly 15 years.

A sport of hope

Many of those young people, including Joshua, have faced cruel circumstances through no fault of their own. Lacking social stability opens the door to potential health problems, violence, drug use, conflict with the law and, for some, death.

Breaking out of the vicious circle of poverty and discrimination is critical for reintegrating into society – and finding a job, which can be a near-impossible mission for a young person labelled as a menace or potential criminal.

In this very challenging context, Benedicto believes in capoeira as a positive force for change that promotes psychosocial development values. (WATCH: Giving hope for a brighter future to street children) 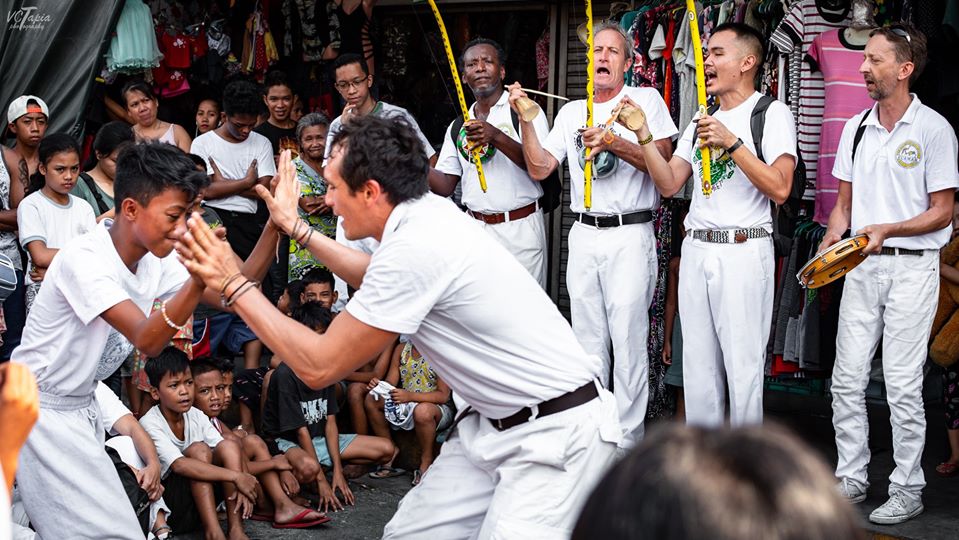 “Capoeira Angola needs a high level of concentration, control of movement, emotion and respect for the opponent,” he said, adding that engaging street children in school can be difficult, but they were more likely to keep coming back to capoeira classes.

To develop leadership and responsibility, Project Bantu offers the more experienced capoeiristas the opportunity of becoming assistant teachers, working in the office and caring for the instruments used in the art form.

Taking one step at a time, children and the youth gain more self-confidence by successfully accomplishing tasks and earning money on their own, which also helps them to integrate into the broader society.

This is the path that Joshua has followed. As a child, he experienced family and drug problems that threatened to permanently alter the course of his life. Now, at age 18, he is a teaching assistant at Project Bantu and a valuable contributor to the organization.

“The children know that they can find a real community… a safe place to share knowledge and gain skills,” Benedicto said.

That ethic of equality pervades all of Project Bantu’s programs, which in addition to street children include girls and members of the LGBTQ+ community.

With more than 100 girls and young women as students, the organization seeks to encourage them to overcome gender bias and stereotypes by setting goals and overcoming challenges.

“The girls can be scared at the beginning, but then they overcome their fear,” Benedicto said.

“When they realize they can do it, they are able to believe in their career and their future.” he said believing that this new mindset carries over into the home and society to build more respect and equality between individuals.

At present, Benedicto is the only full-time teacher at Project Bantu Philippines. Their office is donated, and volunteers are a crucial support.

Yet the young people that the organization helps are a concern for everyone. To inculcate values like confidence, self-awareness, integrity and respect – giving children a chance to believe in a brighter future – is building a better society for all. –Rappler.com

Lisa Lahitte is a Public Information and Outreach volunteer at UNESCO Bangkok and former volunteer in Cebu City.