[ANALYSIS] Tackling the disproportionate impact of disasters on women Facebook Twitter Copy URL
Copied
'One report finds that women and children are 14 times more likely to die in a disaster compared to men, and prevailing traditional gender roles seem to be the culprit' 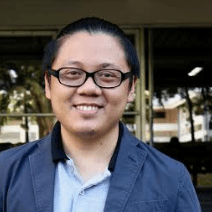 The Philippines is the most susceptible country in the world to climate change hazards and ranks third highest in exposure to disaster risks, according to the Global Peace Index 2019 and the World Risk Report 2018, respectively. This isn’t hard to imagine given the recent eruption of Taal Volcano, the successive destructive earthquakes in Mindanao, and the frequent onslaught of typhoons that trigger floods and landslides.

Disasters are not new to us, but what many fail to realize is that women are worse off during disasters compared to men. In fact, a report by Plan International in 2013 found that women and children are 14 times more likely to die in a disaster compared to men, and prevailing traditional gender roles seem to be the culprit. (READ: How disasters affect women)

Generally, in many Asian societies, boys are taught life-saving skills such as swimming more than girls. This significantly raises boys’ chances of survival when there is a flood or tsunami, just like what happened during the Asian Tsunami in 2004. (READ: Advocates call for women empowerment in disaster response)

Evacuation centers, a stage for inequality

Disasters exacerbate existing gender inequalities as women and girls have less access to rights, power, and resources. This is illustrated in the setting of evacuation centers, where men are the ones who line up to receive relief goods as heads-of-the-household and women would have to negotiate for their needs.

Moreover, since women and girls handle the care work, they need water more than men and boys. Water shortages that typically happen in evacuation centers put additional burden on women and girls who are pressured by limited water supply.

Evacuation centers also see a rise in gender-based violence. A 2013 study commissioned by the World Bank revealed that domestic and sexual violence have increased after a disaster. Even women workers and volunteers have become targets of harassment. (READ: How disasters make women and children vulnerable to abuse)

In long-term recovery, girls compared to boys are less likely to return to school. According to the report by Plan International in 2013, adolescent girls had higher dropout rates compared to adolescent boys post-disaster in the Philippines, Burkina Faso, Niger, South Sudan, Zimbabwe, and Pakistan. If they had to choose, parents preferred to withdraw their daughters from school primarily to save money but also for fear of their daughters’ safety.

But all is not lost. While disasters disrupt social order, normal functions, and routines, they present windows of opportunity to facilitate new norms that promote gender equality.

Local government, civil society organizations, and humanitarian agencies could conduct capacity-building programs on gender awareness especially in evacuation centers where there is a captive audience.

Fathers and sons could be emboldened to share in the responsibility of care work such as washing clothes, cooking, and cleaning. Women and girls could be given livelihood opportunities such as “cash for work” to be able to provide for their families and enjoy some financial independence.

Women could be given larger stakes in decision-making for their households as well.

Maximizing these windows of opportunity could help women be more confident, assertive, and take on more leadership roles within their community. But follow-through is crucial to ensure that the changes are lasting especially in recovery and rehabilitation.

Full integration in policies and plans

There is much more we can do at the policy level. The Philippine Disaster Risk Reduction and Management Act of 2010 (RA 10121) does acknowledge women’s vulnerability as a group, but 10 years since its passage, we have yet to seriously put our money where our mouth is.

Our current National Disaster Risk Reduction and Management Plan (2011-2028) is practically mum on this, except when it says that our national framework “conveys a paradigm shift…wherein men and women have increased their awareness and understanding of DRRM.” Of its 14 objectives, 24 outcomes, 56 outputs, and 93 activities, there is nothing that is aimed at tackling the particular plight of women in times of disasters. The ongoing midterm review of the NDRRMP hopefully addresses this gap.

Our National Disaster Preparedness Plan (2015-2028) is more responsive in this respect, as it behooves LGUs to identify people with special needs, including pregnant women, for preparedness, monitoring, and evaluation purposes. The same is true for our local DRRM and contingency plans, assuming that we follow our national guidelines.

These efforts put in black and white what has been integral to many of our civil society-led community-based disaster risk reduction efforts long before RA 10121.  However, the crux lies in how we use this information when disaster strikes.

The fate of women completely disappears in our post-disaster damage and needs assessment. In situation reports submitted to and consolidated by the Office of Civil Defense, we do not see any data specific to women.

As women and girls become invisible in our disaster reporting mechanisms, how then can we include them not only in our response efforts, but more importantly, in our medium- to long-term recovery plans? With no data to speak of, how can we push for evidence-based policies and programs that would be truly gender-responsive?

Differentiating the effects of disasters

We need to keep in mind, disasters affect men and women differently. In analyzing risk, the vulnerabilities of men and women must be differentiated so that their distinct needs could be identified and met. The same is true for analyzing their capacities, given that men and women possess knowledge, skills, and resources they can contribute to their communities in all phases of disasters.

Disasters also affect different women differently. Thus, we need to start adopting an intersectional approach that will look into the different social and political aspects that shape an individual such as age, class, race, ethnicity, education, religion, sexuality, among others.

It is highly important to consider context. For instance, the risks faced by Filipino women in highly urbanized cities are different from those faced by indigenous women in remote, rural areas. DRRM practitioners in government, civil society, and even the private sector, must recognize and consider the different vulnerabilities and capacities of women. That is why the more representative the voices that are participating in consultations, programs, and activities, the better.

DRRM practitioners should also be careful and critical of their own gender biases that they may subconsciously be acting upon. For instance, there is a common tendency to promote “search and rescue” training among men more than women, and likewise seeking out women participants for health seminars over men. DRRM entails a “whole-of-society” approach and it is crucial for all Filipino men and women to be on board.

Gender should not simply be a feature or add-on to DRRM but must be internalized as a natural part of development and integrated in all DRRM plans, practices, and resilience work. Otherwise, we fail in our goal of building resilience for all. – Rappler.com

Kristoffer Berse, PhD, is Associate Professor at the University of the Philippines-National College of Public Administration and Governance (UP-NCPAG) and concurrent Director for Research and Creative Work of the UP Resilience Institute (UPRI).

Micah Nazal is a UP journalism graduate and an MPA Candidate serving as UPRI’s Senior Project Associate responsible for research grant management and media engagement.

The views and opinions expressed in this article are those of the authors and do not necessarily reflect the official policy or position of the University of the Philippines, UPRI, or UP-NCPAG.