[OPINION] A day in the life of a volunteer driver Facebook Twitter Copy URL
Copied
Whatever roles we choose as we battle this pandemic, let us do so with good humor and resolve 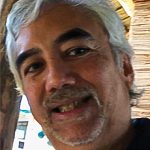 I had been confined to my room, alone in my flat, watching TV and reading about everything and nothing on the web – like many in the world today. I avidly followed the Facebook posts of a lady I admire for her nationalism and civic concsiousness; she is also really funny.

Gang Badoy Capati had established #RockEdRelief early on, feeding health care workers (HCWs), providing personal protective equipment (PPEs) to hospitals, and establishing  a ride service for frontliners at #RockEdCarpool. Gang was exposed to several persons who tested positive for COVID, and had been manning the trenches from solitary confinement, monitoring her fever and symptoms while making soap and keeping her good humor and wit.

I hated her now. She made me feel useless, and the oft repeated refrain, “Staying at home is how one helps the most,” just didn’t resonate with me. I became a member of #RockEdCarpool Facebook page and saw how coordinators signed up volunteer drivers with cars, and matched them with frontliners needing rides. I was there when the service was born and I saw how it grew. Pictures of very appreciative HCWs with their VDrivers flooded the page.

Seeing the requests for rides and volunteers offering their services grow exponentially, I knew I wanted to be a Volunteer Driver. I told my brother about it.  He said, “You must be suicidal,” which sounded like, “You stupid or something?”

A week of reflection came to this: I was single with no kids and living alone, so I would not endanger anyone. Plus I had a car. So I clicked a link on the page for those who wished to be V Drivers. Contact details and personal info were requested, and I had to watch the video on what COVID-19 is and how it is transmitted; another on proper sanitizing and disinfection to prevent cross contamination. I waited for the issuance of a car pass. Meanwhile, I saw that requests and offers for rides were being posted directly.

I decided to make my first post: April 11. Volunteer Driver from QC to any point in Metro Manila.

I was overwhelmed with requests from Batangas to Pampanga.

I wanted to start where I lived, pick up the two passengers which were allowed in my sedan and take them to their destination where I could pick up two more to bring on my way back home. I sorted through the requests and found a nurse at the LRT Katipunan Station going to a San Juan hospital. Another, a medical technician to be picked up at the LRT Betty Belmonte Station going to a diagnostic clinic in Makati. I confirmed both.

I woke up early next day, sanitized my vehicle and readied my masks, alcohol, and trash bag as required. At 5 am the first pick up declined as she found another ride.

My second pickup had walked quite a bit from her house. Shuttle services offered by government and hospitals had pickup and delivery points in major centers and main avenues, but most everyone had to walk to and from their houses. As I dropped her off at her clinic, she thanked me profusely, and asked if she needed to give me money. There were reports of unscrupulous infiltrators who demanded payment – everyone was warned not to offer or accept money – yet she felt she had to ask. When I declined, she offered a meal, pointing to the 7-11 store. I turned it down but thanked her.

I hung around around the area of the Makati Medical Center and posted that I was there for the next half hour if anyone needed a ride anywhere along the way to Quezon City. I logged in to a Zoom reunion of classmates from all over the world as I waited. There were no takers so I headed back home.

After lunch, I had to pick up a nurse at the LRT Santolan Station and bring her to PGH. I  waited a bit. When she arrived, she apologized as she had to walk from the next city. She handed me the masks I requested. She told me there were no takers from her hospital to ride back with me. Many of the nurses where being housed in a hotel near their hospital, and were taking 7-day shifts before returning home. The rooms were great, she said, but food allocations were scarce and they had to spend on food deliveries.

I asked the same questions to everyone: where they studied, how long and where they had been working, and finally, if they had experiences with COVID-19  patients.

M. told me she was a nurse in a university clinic but had recently moved to the PGH. The pay was better and the work, more challenging. I joked that surely she had never imagined it would ever be this challenging. She was silent, though she might have smiled beneath her mask.

She told me her hospital had become a COVID-19 center so all nurses from all wards had to rotate and serve the infected patients. She said PPEs were in short supply at the start of the crisis, but had become more available. She dreaded the thought of having to don it as she was claustrophobic and it was really difficult to breathe in them. To maximize their use, they had to stay in the COVID-19 ward for 4 hours before  disposing of the gear. I felt her pain – the N95 mask I had on was making it difficult for me to breathe in spite of the fresh air from my car window.

When we got to her stop, she thanked me sweetly, hopped off the car, and walked with a spring in her step past the checkpoint manned by soldiers at the gate. She was in denim shorts and sneakers, but very soon I imagined her looking like an astronaut in protective gear.

I checked the carpool page when I got home, ready and raring to go again.

I didn’t want to cut it too close to curfew hours as I had no car pass yet. I pestered the admin to issue me an ID. I booked my rides for the next day. It was Easter Sunday, and I had risen.

When I started the day at dawn, I was full of energy, hope, and courage.

By dusk, I was exausted, broken, and terrified.

These excerpts of my last post on the #RochEdCarpool Fb page explains why:

Guys, please forgive me but I am bailing out of this carpool. Yesterday morning I picked up a medical technologist to bring her to a diagnostic lab in Makati. In the afternoon I picked up M. in the Santolan LRT station to bring her to the PGH. She is a nurse who services the COVID-19 ward. She didn’t appear to be scared, but admitted that all of them at work are terrified.

This morning, I picked up nurse M. at Monumento, then nurse aid J. at Congressional Avenue in Quezon City. I brought one to the National Kidney Transplant Institute and the other to a hospital in Makati.

At noon, Chrystelbelle, the coordinator for Manila Doctor’s Hospital, had read my posts and immediately sent me a car pass; she gave me the details of a radiologist for pickup at LRT Pureza station, and then R. at LRT Blumentritt station. I thought these two stations were beside each other, but it turned out they were far apart, and I got really lost.

R. is a nurse in the COVID-19 ward and had treated someone who was infected with the virus in the early days. She just completed her 14-day quarantine after testing negative for the virus, and she hopes to get her clearance today; she is raring to go back!

I was really glad to take both of them to the Manila Doctors Hospital because I was born there.

I got a message from the nurse in Makati so I picked her up to bring her back to Monumento. On the way, the gas gauge started to flash empty, so I pulled into a gas station. M. offered to share so we gave P100 each. When she got off  I thought to myself, yesterday I loaded P500 pesos and today P200. For that amount I could have driven all the way to Baler.

Chrystelbelle got in touch if I could make more trips. I begged off (except for a quick lunch I had been driving 11 hours since 5 am) as I was exhausted.

I got a call from JP, who said they had gotten my application. He wanted to get some details so I could be given a car pass. I began to seriously consider the whole thing… I decided to back out.

My back has been killing me and though I turned 60 only last September, I really feel like the senior citizen that I am. When JP inquired whether I had infants or elderly companions in my house, I answered no, I live alone. But by definition I am elderly myself, whether or not I admit it.

My mom turned 99 last week, so I really want to see her soonest, at her age you never know…

I just got in touch with JP again and I told him this ancient volunteer driver is calling it quits.

I never realized how difficult it would be to become a volunteer driver. It is backbreaking, dangerous, and quite expensive.

When I sent this post, within a minute I was deluged with messages of gratitude, expressions of love, and  salutations. Most touching was from a nurse from the Manila Doctors Hospital who had survived COVID-19:

This brought me to tears.

The outpouring of gratitude still continues as of this writing. Head honcho Gang got in touch. I told her I had never been thanked  for backing out of a commitment, and it made me teary. “Good, that means you have not become a robot,” she said dryly.

I admit, I do not want to die the painful death that COVID-19 brings.

Thirty years ago, I was in the hospital for a month due to Guillen Barre Syndrome, an illness that brings on ascending paralysis, and at times, a collapse of the lungs ( to this day scientists do not know how it is acquired). For 3 weeks I was in  ICU, intubated and connected to a ventilator, unable to breathe on my own. I never ever want to experience it again.

Yes, I am afraid. All the volunteers and frontliners are afraid. But courage is soldiering on in spite of this fear, in answer to a higher calling.

There is no shame in quitting. More than a hundred health workers and frontliners have assured me. Gang tells me I have a “way bigger commitment.”

Perhaps that commitment is to simply stay alive and stay home, which keeps others alive.

It is for us to discern how we truly can be of service to humanity.

Whatever roles we choose, let us do so with good humor and resolve.

For those who put themselves in harm’s way in the service of mankind, we can do no less. – Rappler.com

Ricky Avanceña was press officer for the Presidential Committee on Human Rights under the Cory Aquino administration, and communications director for Senators Wigberto Tañada, Raul Roco, and Edgardo Angara. He was awarded a National Book Award by the Manila Critics Circle for the book Baler, which he co- authored. He is currently Communications Director of the Ecological Society of the Philippines.