[ANALYSIS] How Barangay 178, Camarin uses teamwork during the coronavirus crisis 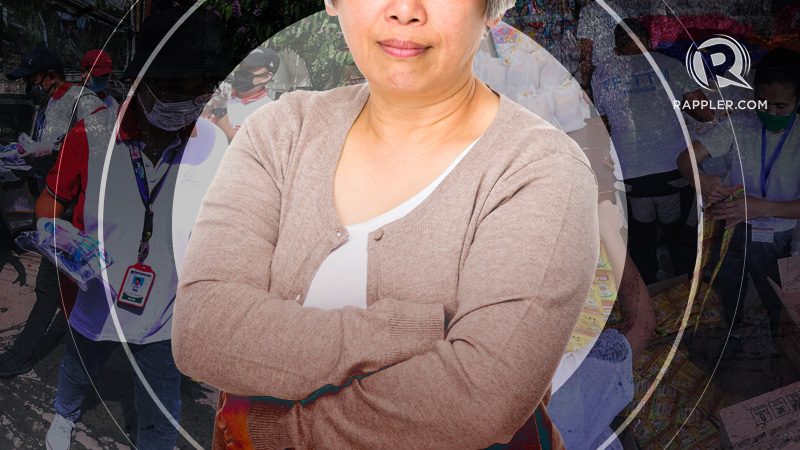 Facebook Twitter Copy URL
Copied
'Will their trust in the government and private sector responses last long enough for them to survive, or will they be left to their own devices? It is the uncertainty that worries them.'

The following is Part 2 in a two-part series on the state of a community in Camarin, Caloocan City during the coronavirus crisis.

You can read Part 1 here. PO secretary and barangay sitio leader Malou Aquino comments, “To be fair to the government, you can’t expect them to do it all right away. It’s impossible to manage everything at the same time. People who help also need to rest.  Fortunately, the relief goods have been coming in. We are thankful to the mayor because people have received them. The barangay organized packages for 26,000 families, had to repack and distribute them in each sitio, with certain ones needing to be prioritized. It’s hard work. Contractual workers hired by city hall provided most of the labor.”

To ensure proper distribution, the city also asked leaders like Ate Malou to mobilize her sitio members to check which families had been given, and to report which families were overlooked.

Effective ways of carrying out the promises of the government are necessary. Instructions and communication channels should be clear so as not to create confusion. Programs that are announced officially should be the same once “bumaba” (come down to the community). “If what the government is saying is not fulfilled here, people blame that on the barangay or city hall, accusing them of corruption and getting ‘kick-backs.’” What generates further anxiety stems from demands for more food and the long lines at the barangay hall to obtain outside travel permits.

Amid these pressing concerns, people need to be patient, hopeful, and informed, asserts Ate Malou. It is hard to take care of people. They keep asking, “Has anything been brought for us? Is there money already? Do we have DOLE (Department of Labor and Employment) allocations? I tell them to wait, as maybe it will come to us. People have bad tempers though if they are hungry. In the meantime, we need to have our own ways of fulfilling our needs. We can’t just wait and do nothing. Instead of playing the blame game and questioning motives, I tell them, ‘Everyone’s main concern should be to think about how to feed those who can no longer buy food.’ Throughout the entire economic ordeal, people can’t be selfish. For me, it’s not only about myself. I tell them to look also at those around them; there are people who are poorer than they are. They should not complain but show patience, perseverance, and compassion. We cannot just think about ourselves, but have to think beyond to others.”

With the recent enhanced community quarantine (ECQ), residents are questioning whether there will be enough food for the weeks to come. Those employed in companies had already budgeted their last sweldo (salary) before the lockdown. Will their trust in the government and private sector responses last long enough for them to survive, or will they be left to their own devices? It is the uncertainty that worries them.

Ate Malou hopes that she can bring in other programs for children to keep them at home. “Otherwise, what can they do there? They want to leave the house instead of learning. We want parents to gather their children and give them lessons or activities to occupy their minds, like art  projects indoors.” She and her family do that with her grandchildren. Admittedly, she observes, it goes against social distancing at home but it keeps children busy.

Ate Malou concludes, “In our place we are doing what we can to coordinate with the government. We are ready, organized, and empowered. We trust that the government will do its best to fulfill its duties so we can survive.”

The COVID-19 pandemic has shown us the staggering disparity of realities Filipinos face. This is evident in social class differences configured by an economy that prioritizes profit for a few over quality of life of all. Amid this unequal divide, people have expressed divisive sentiments over the government’s actions to address the health crisis and contingent economic recession.

Ate Malou’s stories told to me from March 22 to April 21 illustrate how, at the level of the barangay, leaders are making deliberate choices for the good of those in need, and are willing to do the work necessary to surmount the crisis. Strong women leaders like her also encourage patience and the importance of moral issues like priority to the more disadvantaged among them to the extent of self-sacrifice. Considering the pre-existing life-threatening conditions that have subjected poorer communities to a precarious way of life long before COVID-19 happened, they are doing what they can collectively to help everyone.

Balikatan’s active women contribute greatly to mutual help and solidarity. They make a point of monitoring government programs in their community to ensure proper and fair implementation. The importance of local groups organizing themselves as part of the barangay’s civil society component comes to the fore.

While leaders walking around the community may endanger their health, it seems like the looseness of physical distancing for local leaders at least can be quite beneficial to their social situation. As a group in Brgy 178 who learned the lessons of issue-based community organizing from UPA, their NGO partner, Balikatan retained previously established clusters which figured out how the Social Amelioration Program money could be allocated fairly among them. This consensus strategy thereby avoided the usual complaints of favoritism and unfairness. Since the proximity-based groups serve as the first touch-point to each household, neighborhood clusters can to form their own workable practices of solidarity, and exercise their chosen strategies for agency and survival to make sure everyone’s needs are met. Barangay governance benefits from partnering with these community organizations with their active women leaders and members. – Rappler.com

Marilou Aquino is a housewife and community leader. She was Business Manager of Camarin Balikatan Community Association Inc. for 11 years before becoming its Secretary in 2011. In 2004 the Caloocan Mayor appointed her a Sitio Uno leader of Brgy 178.

Regina Bautista is pursuing a PhD in Anthropology at the University of the Philippines-Diliman. She is a lecturer in ballet and dance studies, and is Managing Director of the Cultural Center of the Philippines Choreographers Series.

Bautista was introduced to and interviewed Aquino through Urban Poor Associates as part of the Engaged Anthropology class of Prof. Mary Racelis. Aquino verified and approved the write-up prepared by Bautista. The authors would also like to acknowledge Prof. Racelis’ guidance and feedback throughout the writing of this article.