Facebook Twitter Copy URL
Copied
'With limited resources and challenges posted by the natural environment and poor infrastructure, rural institutions are in an uphill battle to contain the virus and save lives' 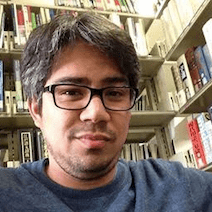 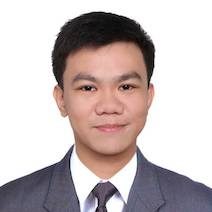 The eyes of the world are set on major cities as they battle with the effects of the COVID-19 pandemic. Flying under the radar are rural societies. As integrated to the globalized world as cities and urban areas, rural communities, whether in the developed or developing world, are as much prone to pandemics as any community in the world. With limited resources and challenges posted by the natural environment and poor infrastructure, rural institutions are in an uphill battle to contain the virus and save lives.

Population among rural areas is commonly less dense compared with urban areas due to availability of land and the nature of livelihoods, which are commonly associated with agriculture. Economic activity is also commonly less diverse if compared with cities. However, rural areas are becoming more and more integrated to the global economy through the movement of rural products, consumer goods, and rural people who find work in other countries. This integration can facilitate economic and social development in rural areas. However, forces of globalization, especially the movement of rural people, have made rural areas, just like any other place in the world, prone to pandemics such as the coronavirus.

Low population density may slow down the transmission of the virus across rural households. This, however, will be highly dependent on how well rural societies are integrated with urban centers and other countries with regards to trade and movement of people. (READ: [OPINION] Who will produce our food during the coronavirus crisis?)

This will also vary depending on the population density among different parts of the villages. The sparse population and limitations in transportation also helps in slowing the rate of transmission.

Once the infection spreads, the rural health systems, which lack the economic, physical, and human resources, are most likely to be overwhelmed with the number of persons needing medical attention. Due to the absence of a vaccine, stopping the spread requires knowledge-intensive solutions (information about proper-hand washing and hygiene, proper socializing, knowing how the virus spreads and infects) which can be difficult for rural institutions to disseminate among rural households due poor roads, sparse population, lack of internet access and communication, and lack of health experts.

Saying that rural health centers in the villages are ill-equipped to handle infected patients is an understatement. Sick people may have to go to urban centers and provincial hospitals to seek proper treatments from the disease. Low population density and close social ties of rural households can make contact tracing easier than in urban areas. However, poor physical infrastructure and communication may hinder tracing and even the identification of sick people, especially those far from village centers or poblacions.

Community quarantine may be not as strenuous like in urban areas. This is because most rural households live in close proximity with their livelihoods. These livelihoods also do not require rural folks to interact with many people except during planting, harvesting, marketing, and some stages in processing. Rationing of food among farmers, fishermen, and food producers is also not as urgent like those for non-producers. However, prolonged community quarantine will still put financial strain among rural local governments in providing basic needs especially for rural areas with higher degree of economic diversity and bigger non-agriculture sectors. Prolonged community quarantine will also slow down or even halt the movement of products to the markets in urban areas, which may lead to subsistence problems among rural households and food shortage for urban households. (READ: Farmers trash spoiled vegetables while poor go hungry)

Rural areas often have low division of labor. This is manifested in two ways. One is that there is low diversification of employment and economic and social activities. Another is that there is diversity of economic and social activities but the ownership of the means of production and important social roles are only distributed to a handful of people in the society. The latter characterizes most current rural societies. Losing socially and economically significant people, such as village elders, farmer leaders, and business owners, will have a significant impact. It may take a long time for the rural society to replace these important people due to limited human capital. Furthermore, rural livelihoods are still predominantly labor intensive and a decrease in population may put more pressure on the production of rural products such as crops, livestock, fiber and other raw materials – a problem that can reverberate to the rest of the society. – Rappler.com

John Daniel Gonzales is a graduate student of Rural Sociology in UPLB and is specializing in Rural Health Systems.