Why we dismiss the Left 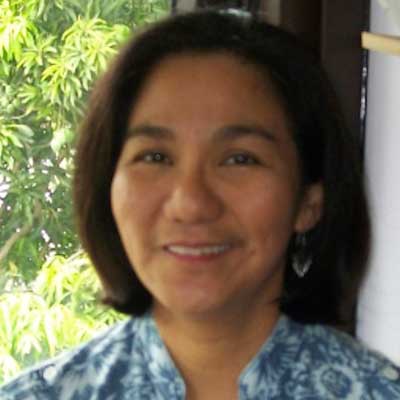 “This is the fourth gate CHED has installed. The protesters destroyed the gates; at times they manage to break the glass doors and windows as well.  Last week, they hurled thin plastic bags filled with paint into the compound, making a mess of the driveway.  Then they scrawled graffiti on the walls,” Conrad animatedly told me in Filipino

I surveyed the entrance of the Commission on Higher Education (CHED) where Conrad works as a fulltime driver.  On the walls flanking the CHED entrance were written:   “Phil. education system nakamamatay! – Anakbayan,” and  “Stop tuition fee hikes! – LFS.”

Conrad shook his head and added, “They did it in full view of everyone; even the guards were helpless.  They were so many…who would want to go against an angry mob like that?”

The “they” Conrad was referring to were students associated with Leftist groups from a university in Manila whose tuition fees have remained P12 (about $0.30 cents) per credit hour/unit since the early 1970s.

Conrad’s bewilderment, if not outright disgust, over the continued protest tactics of the “Left” is not uncommon.  Since the days of Marcos’ martial rule, we’ve seen many hastily painted anti-government slogans in red scrawled on public spaces.  Then, the mere act of engaging in Operation Pinta- Operation Dikit (Operation Paint/Post)or OP-OD as activist jargon would call it, was enough reason for arrest, probable torture and indefinite detention in the Marcos jails.

One of the seemingly versatile OP-OD slogans is “Down with the US-Marcos  Dictatorship!”  Some 40 years since the onset of martial law, the slogan has survived, is still used, but  edited to read : US-Aquino (Corazon C. Aquino), US- FVR (Fidel V. Ramos), US-Estrada (Joseph Estrada), US- GMA (Gloria Macapagal-Arroyo), and today, US-Aquino again.  It seems it does not matter who the incumbent president is, the slogan and its Leftist author(s) will never be satisfied.  And if all the republic’s presidents and their US-backers be damned, what then is the (far) Left’s alternative to achieve social change? The tactics and message have remained unchanged since 1970.  No wonder driver Conrad is confused and it seems, so is the general public.

It is sad that to many Filipinos like Conrad, the “Philippine Left” today is just seen as a homogenous whole. “Mga Kaliwa ‘yan eh!”  To most, the “Leftists” are those ranting and raving on the streets, throwing paint bombs, and protesting a wide range of issues and non-issues from tuition fee increases to the President’s secondhand luxury car.

People are confused by Akbayan, Anakbayan and Bayan Muna. The members of these groups make a supreme effort to differentiate themselves from “the other,” belabouring the distinctions between the “democratic” Left versus the “revolutionary” Left.  Last year, when Bayan Muna questioned Akbayan’s qualifications saying the latter was no longer fit to remain on the roster of partylist groups, the confused majority, with disdain, brushed off the controversy, saying, “It’s just the Left attacking themselves.”  Even the Left in parliament are still collectively known as “mga Pulahan (Reds),” lumped together with the same Reds who continue to paint slogans on walls. How unfortunate for members of the Left in government who actually, pardon the cliche, serve the people.  There was beloved labor leader and partylist representative, Crispin Beltran (Anakpawis).  A vocal critic of the excesses of former president Macapagal-Arroyo, honest Beltran’s net worth at the time of his death was a mere 50 thousand pesos.  Representative Neri Colmenares (Bayan Muna) argued successfully for substantial reparations for martial law victims under the newly-minted Compensation Law which he co-authored.

Senatorial candidate Risa Hontiveros (Akbayan) is often remembered as a staunch advocate of the recently passed RH bill, a version of which she co-authored in the 14th Congress.  But few know that she was also able to pass the Cheaper Medicines Law and the Comprehensive Agrarian Reform Program Extension with Reforms (CARPER) Law, among other bills.

My husband says Hontiveros is smart, pretty, articulate, honest, boasts of a stellar performance in Congress and has the support of President Aquino himself.  Still, even amongst my husband’s friends who keep abreast of news and politics, he hears the dismissive comment: “Ah si Risa Hontiveros, Kaliwa ‘yan eh!  (she’s a Leftist!).”

How then does one shake off the angry, red paint-wielding, gate-storming stereotype of the Leftist activist?  It is time to give the circa 1970s tactics, slogans and graffiti a rest.  Perhaps then the Leftists who are true advocates of change can have a fighting chance to do just that in government. – Rappler.com

Susan F. Quimpo is the co-editor/author of “Subversive Lives : Afamily memoir of the Marcos years.”  The book is about the story of the Quimpos, a family of activists, and their experiences under martial law.