[OPINION] Balik-Probinsya: Are we learning the wrong lessons from the pandemic? 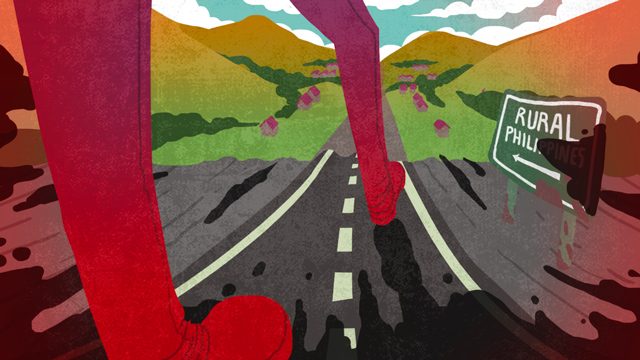 Urban density is again a villain in this pandemic. With Metro Manila having about two-thirds of the total confirmed cases of COVID-19 in the Philippines, and about the same share for recorded deaths, it is easy to point a finger at the big cities. The highly infectious disease conveniently jumped from human to human because, before we knew better, our urban spaces were packed with people largely mindless of close physical contact – in our public transport, our offices, airports, especially on those sidewalks that are never quite enough.

Social distancing means decongesting those packed urban spaces. Should most of us then pick up our stakes and go find less dense neighborhoods? Are programs like Balik-Probinsya for the urban poor the answer to better health for all? (READ: [OPINION] Balik-probinsya, balik-Maynila: Coronavirus and decongesting the city)

It’s not that straightforward.

The threat of emerging zoonotic diseases

Pushing out the urban peripheries typically means changing land uses and farming practices. These changes have long been listed as a key driver in the emergence of zoonotic diseases, or diseases caused by pathogens that spread from animals to humans. The destruction of wildlife habitat, intensification of agriculture in dwindling space, and bushmeat consumption impact the ecosystem and disturb the dynamics of human-wildlife-domesticated animal interactions.

Why are zoonotic diseases concerning? According to the US Centers for Disease Control and Prevention (CDC), 3 out of 4 emerging infectious diseases (EID) are zoonotic. As COVID-19 has shown, by their newness, EIDs are capable of causing global lockdown in the period when we have not acquired immunity to the disease nor developed a vaccine.

Another challenge to the proposal to decongest through Balik-Probinsya is the lack of evidence that big numbers of families can be met with the same or better quality of life than what they are being asked to leave behind. Whether from lack of budget or coordination or some other reason, even resettlement projects with units numbering just in the hundreds leave “beneficiary families” without water service or power, let alone livelihoods, for months or years after the projects are deemed to have been completed. Many local government executives who expect to be at the receiving end of Balik-Probinsya have already questioned the adequacy of the program, almost all citing the lack of local economic activity that would pull migrants from the urban areas to the rural or peri-urban areas, and keep them there. (READ: As country battles pandemic, Duterte adopts Bong Go’s new pet project)

Fragile and vulnerable settings and weak primary health care were two of the top 10 threats to global health named by the World Health Organization in 2019. In the Philippines, settlements formed by infrastructure-induced displacements, conflict, and disaster often suffer a prolonged crisis with the double whammy of lack of livelihoods and lack of access to adequate health services. Will Balik-Probinsya consider the needs that drove families to cities in the first place, or will the program attempt again to make poor families disappear from cities with a cash payment of a few thousand pesos? Without a clear plan for investing in the physical, social, and economic development requirements, the population shift is either a pipe dream for government executives or a nightmare for “returned” households and the receiving LGUs.

The third concern is the effect of “decongestion” on efforts to mitigate climate change. The resulting urban sprawl would conflict with the ideal of smart, compact cities.

The direction of urbanization and the physical shape of cities interact with factors like transportation, deforestation, and intensification of agriculture to affect greenhouse gas emissions and contribute to climate change. The Intergovernmental Panel on Climate Change (IPCC) notes that transport emissions contribute close to a quarter of carbon dioxide emissions worldwide. Worse, instead of going down, emissions are rising because of increasing volume of vehicles, particularly road vehicles that account for more than 70% of global transport emissions. The rise in emissions from road vehicles is forecast to happen faster in developing and emerging economies like the Philippines than in developed countries.

Implementing a potentially high-impact program like Balik-Probinsya demands a corresponding urban and regional planning effort that would increase the chances for sustainability – not only in the socio-economic sense but also environment-wise.

Seeking solutions to the quick spread of virus in urban areas is perhaps not that intuitive then. Balik-Probinsya could be an answer, but it is not a simple one. The measures to counteract the possible negative outcomes ask for a profound review of the management of our urban systems. How do our programs and policies affect the most vulnerable who need the help of society to care for themselves? How are we affecting ecosystems? How are we helping to secure a better future? The Balik-Probinsya program is not simply to be dusted off and trotted out with a careless attitude, never mind that it deepens inequalities and spawns its own health concerns.

The good news is that history shows us examples of cities coming away better from disease outbreaks. For instance, deadly outbreaks of cholera in London in the 19th century, and typhoid fever in Philadelphia in the 20th century, led to a better understanding of water systems and sewage management respectively. Better health institutions came from the 1902-1904 Philippine cholera epidemic. Could behavior changes in respecting personal space and hygiene be our great sanitation takeaway from the present pandemic?

The quarantine experience provides intriguing insights to possible system shifts. One of them is the challenge to design and engage shorter circuits for food sufficiency (or for other essentials such as health equipment). Long supply chains represent more potential roadblocks, literal and otherwise, before the product gets to consumer. Related to this is decentralization of services. Have we thought about being cut off from the water or power grid for more than a few hours or days? Any number of disasters could do this to us. If this happened regularly, would many of us finally turn to the sun for power, and to rainwater for drinking? (READ: [OPINION] Use solar energy for responding to disasters)

In these scenarios where communities would strive to meet their needs from a limited surrounding area, we can expect a reduction in consumption due to more limited supply. Perhaps not a bad idea.

The literature on what a post-lockdown world would look like is growing. Balik-Probinsya need not be our dystopian contribution. – Rappler.com

Sarah Redoblado is an architect and development worker collaborating with grassroots organizations on urban management.