[OPINION] How do we mourn the death of a peasant woman political prisoner?

May 10, 2020 10:00 AM PHT
Rae Rival
Facebook Twitter Copy URL
Copied
'I hope that the government would release political prisoners, especially those who are elderly and sick. We know that Nanay Ede could have been your mother, could have been any of the 19.7 million agricultural workers in the country.' 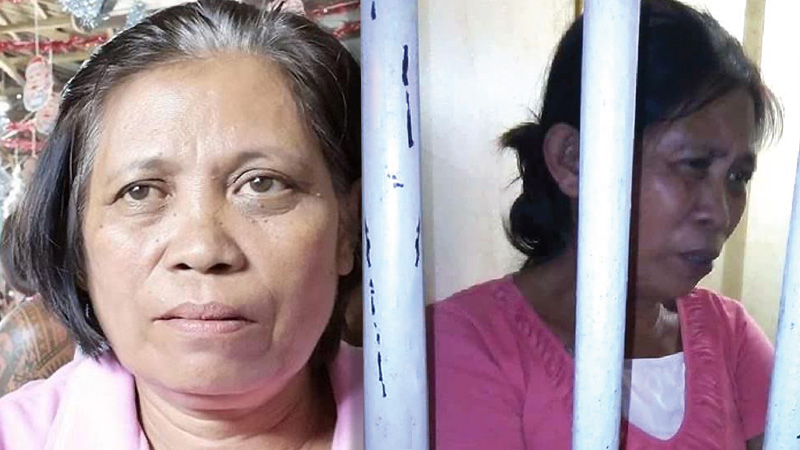 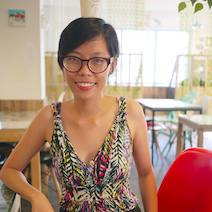 I have not met Adelaida Macusang. I have only seen her photos in online campaigns demanding her release. I know her as one of the senior citizens who, for years, dedicated her life defending the rights of peasant women and farmers. Different organizations have long called for her release. Karapatan-Alliance for the Advancement of People’s Rights also led the call for the release of political prisoners during the spread of COVID-19, particularly of senior citizens, sickly and immuno-compromised. On May 4, Nanay Adelaida Macusang died of kidney failure and cardiac arrest.

Peasant women bear the brunt of the enhanced community quarantine (ECQ). Before the pandemic, some of the burden that mothers and daughters carried include housework, childrearing, agricultural production, extra income to pay for debts, budgeting daily income, and supporting their children’s school requirements. Despite all these, peasant rights activists defend agricultural lands and farmers’ rights. They educate and mobilize their fellow farmers to resist land conversion, protest against anti-poor policies, and push for genuine agrarian reform.

In 2018, “Nanay Ede” Macusang was arrested by military elements inside her house in Davao de Oro based on a trumped-up charge: illegal possession of explosives. What happened to Nanay Ede was not unusual; farmers in Davao de Oro province have been unjustly accused of similar cases. In fact, the Compostela Farmers Association or CFA 5 suffered similar circumstances.

I don’t personally know Nanay Ede, but she looks like my mother. I have not met her but I know that she is like most of the peasant rights activists I have met. Like them, she was selfless for choosing to defend the rights of the farmers in her community and the country, for pushing for land reform that will allow tillers to own their lands, and for resisting policies that continue to deprive agricultural workers of subsidy, production support, and protection from exploitation and abuse.

Nanay Ede was born on May 28, 1958 in Montevista, Davao de Oro. She dedicated her life to being a full-time peasant organizer of Montevista Farmers Association. Their role is crucial in leading campaigns for free land distribution and protests against neoliberal policies. Peasant organizations move as a collective to demand for support for local rice production and resist government policies that benefit compradors and multinational corporations.

It is through these organizations that we discover how farmers’ daily lives are affected by discriminatory laws. For instance, the discriminatory guidelines of the Department of Social Work and Development’s emergency subsidy program. Reports from the National Federation of Peasant Women-Amihan reveal why many families were disqualified from receiving P5,000 to P8,000 financial aid. In Isabela, the DSWD disqualified farmworker families who earned as low as P250 per day, farmers who have one hectare, families renting at other families’ residences, bedspacing workers, and families with houses of concrete materials. Other criteria for disqualification in Isabela included minors already with their own families, those with family members abroad who are unable to remit; senior citizens waiting for pensions for the next month, and indigenous peoples in Sindon Bayabo, Ilagan town. It is through peasant collectives’ persistence, research, and dedication that we learn, publish, and resist these unfair mandates. (READ: Food security frontliners: Coronavirus lockdown pushes farmers, fisherfolk into deeper poverty)

Most of us do not know Nanay Ede, but like most peasant women political prisoners, we know that she is innocent. We know that the sorry state of prison cells in our country and the congested jail facility contributed to her demise. She was previously diagnosed with severe hypertension and cardiomegaly or abnormal enlargement of the heart. (READ: [OPINION] An open letter to the PAO on Persons Deprived of Liberty)

I hope that the government would release political prisoners, especially those who are elderly and sick. We know that Nanay Ede could have been your mother, could have been any of the 19.7 million agricultural workers in the country. We also know that had she been released earlier, this would not have happened. If only the government is not afraid of citizens asserting their rights as Filipinos and farmers, Nanay Ede could have celebrated her 62nd birthday this month. We mourn by paying tribute to her strength and determination to liberate farmers and peasant women. We mourn by calling for the release of political prisoners and by continuing her legacy as a peasant activist.

When even the biggest TV network is forced to shutdown, we need collectives and peasant organizations more than ever. We need alternative media to inform us on what is happening to the farmers in Davao de Oro, how they are affected by the lockdown and the harassment that they are experiencing, and organize ways to provide relief for their fellow starving peasants. Yes, mainstream media covers national and regional news, but to be a full-time peasant activist is to offer your full time releasing reports and fighting for the oppressed. You keep track of the laws and “reforms” and become rice watchdogs. They keep track of peasant killings when no one else is counting. They listen to the masses when no one else is willing. More importantly, they uphold farmers’ rights when everyone else, especially those in power, is taking it away from them. – Rappler.com