[OPINION] Drawing the line on sexual harassment in all-girls schools 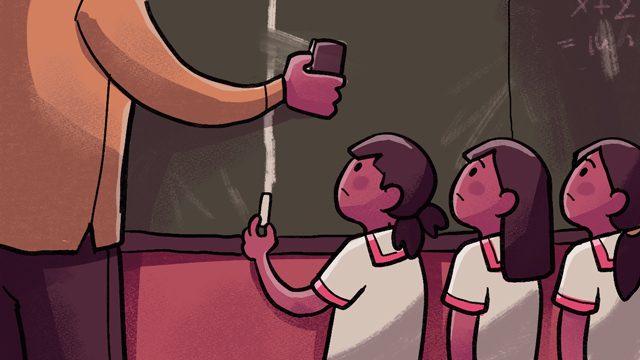 Facebook Twitter Copy URL
Copied
'Just because a space is supposed to be safe, it doesn't mean it is' 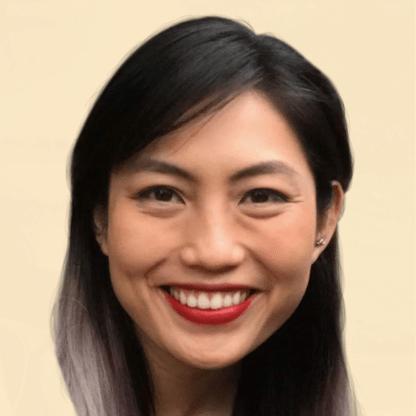 I woke up today to my timeline exploding with the #MCHSDOBETTER hashtag. Current and former students from Miriam College High School (MCHS) were coming forward with stories of their high school teachers’ predatory behavior. The hashtag gained traction. Even the singer Kakie Pangilinan and Kabataan Partylist Representative Sarah Elago tweeted in sympathy for the victims, while calling for the school’s administration to listen to their students’ complaints. (WATCH: Youth pushes PH anti-sexual harassment movement further)

The unearthing of these transgressions was a natural reaction to the anti-victim blaming movement sparked by Ben Tulfo’s unsavory comments towards Kakie Pangilinan. Tulfo’s comments placed the blame for rape and sexual harassment on the way victims dressed, rather than the perpetrators. The #HijaAko movement had multiple people coming forward with their own stories of sexual harassment and gender-based sexual violence, showing that what one wears does not have any bearing on one’s victimhood. All it took was one tweet about teachers’ behavior in one private and elite all-girls Catholic high school to spark the “outing” of predators.

Search the #MCHSDOBETTER hashtag on Twitter. You’ll see stories of how teachers (mostly male) message their past and present students on different social media platforms and engage these young girls in conversations. While we welcome teachers showing compassion and care for their students, we must realize that constantly messaging them on social media, inviting them out to different establishments, and making sexist jokes, isn’t care. A student has no agency in these interactions.

The student is always the one with less power in the relationship. The intersection of age and gender adds to these students’ powerlessness. While others may excuse university professor-to-student relationships (which I still find dodgy), it should be easy to condemn relationships with high school students because these students are adolescents, often aged 13-18. In high school, a girl navigates that awkward middle between childhood and adulthood, finding their identity, and exploring their sexuality. Adolescence is a very tricky time. And a time of high vulnerability for young adults. (READ: The many faces of sexual harassment in PH)

The students of MCHS are in an all-girls environment, meaning there are no male peers. However, there are male teachers and male staff. In an all-girl, single-sex school, exposure to men is often limited to outside interactions. While self and peer regulation concerning gender may exist on a larger scale in co-educational schools, the girls from single-sex schools have no chance to learn peer regulation on a day-to-day basis. Students can’t learn their boundaries and negotiate what kinds of co-educational interaction they are comfortable with if they don’t have peers. The lack of clear boundaries becomes problematic when male teachers start defining the limits of acceptable interactions. The limit then becomes dictated by the teacher rather than negotiated because the student has little to no power in this relationship. The girls, who are taught by the school to hold their teachers to a higher esteem, may not be able to ignore a teacher’s late-night message, a simple invitation to coffee, or even state that the teacher’s comments are sexist and offensive.

But again, this line of thinking places the responsibility on the student rather than the educator. Rather than asking why these girls continued to engage their teachers, why these girls didn’t report, we should ask why teachers message their students on social networking sites in the first place. Why do they engage their students in a very personal manner? And if a teacher can’t keep their professionalism, why be in this environment at all? A high school teacher isn’t supposed to be the peer (or boyfriend/girlfriend) of someone they are supposed to be mentoring. Why can’t they draw that line?

Hearing the stories of abuse the younger Knollers (or MCHS students) faced forced us older alumni to reflect on our own experiences. My batch grew up in a time when having a personal cellphone was still new, and before Facebook Messenger and Telegram were popular. There was more of a divide between teachers and students. Yet, did we have teachers that caused us this discomfort? Were there rumors that we brushed off? Or were we blind to what was happening? (LISTEN: [PODCAST] Making Space: Sexual harassment survivors ‘fighting to fight’)

That’s the thing about harassment: it’s hard to think of it as a problem if you do not have a name for it.

A day after the hashtag blew up on Twitter, more and more girls’ schools are coming forward with their own stories of abuse and sexual harassment. Despite the Anti-Sexual Harassment Act of 1997, the Safe Space Act, and the Magna Carta on Women, these abuses still happen.

We need to be wary of the danger of masking words for action. An institution that highlights its gender-responsiveness in education, which has produced numerous feminist and gender advocates, can still be home to sexual predators. Just because a space is supposed to be safe, it doesn’t mean it is. We value the all-girls education because it gives girls a space to grow into young, strong women in a world that values men’s opinions and voices. However, if the leaders of the institution itself do not follow this tradition, if these leaders do not listen to their student’s concerns, then the institution replicates the oppressive conditions that it promised to shield its students against.

As someone who has spent a third of her high school life in the institution, I can say that I’m proud of the values it taught me. However, I feel I share my opinion with most former Knollers when I say that our education planted a desire to do better, and be better, hence the critique of our alma mater. We then call for our alma mater and all institutions of education to #DOBETTER, and for educators to #DRAWTHELINE. – Rappler.com

Leal Rodriguez is a gender justice advocate doing her PhD on Masculinities, Gender, and Higher Education at the University of Auckland. She’s always open for discussions, so feel free to send her a tweet at @AMLealRodriguez.