[OPINION] We need to treat informal workers better from now on

Jul 1, 2020 2:37 PM PHT
Facebook Twitter Copy URL
Copied
'Let’s include the Nanay Celias, Kuya Bons, and Manang Sols in our discussions. Let’s talk about a new reality where they are afforded the same benefits their counterparts in the formal economy enjoy.' 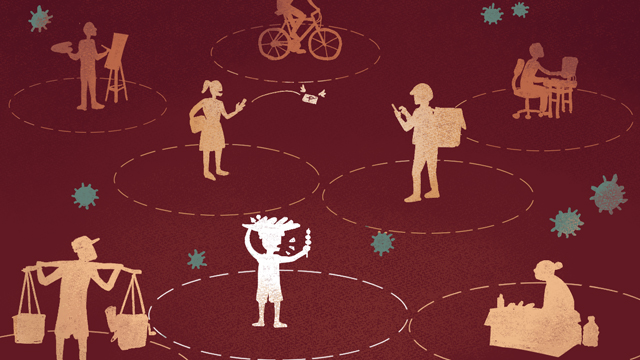 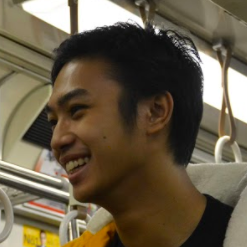 A man in his late twenties tends to a bright yellow wooden cart, displaying assorted street food and plastic containers of spiced vinegar, outside the University of the Philippines (UP) Diliman’s Shuster gate. Students and workers alike flock the cart, pointing to their choice snacks on wooden skewers, which will be deep-fried in a steel wok.

Trodding Palma Hall (AS) grounds in his flip-flops, a six-year-old boy rests a plastic tray of food on his head. He offers students turon (banana spring roll), lumpiang togue (beansprout spring roll), and karioka (sticky rice ball). Nearby is his grandmother, Nanay Celia, tending to the same food in a small wooden kiosk. Adored by AS regulars, it is common to see class-bound students and faculty greeting her. The mother of the boy, Ate Amor, was a vendor too. Multiple organizations pitched in for her bypass operation. She passed last year.

Manang Sol, a sweet elderly woman, sells a wide range of skewered snacks in her kiosk. Beside her sits a cloth-lined basket filled with balut and penoy (both variations of incubated duck egg). Kuya Bon sells taho (soy bean curd) – often with a generous serving of arnibal (molasses syrup) – and bottled soy milk. He and Manang Sol have been a mainstay for whole batches of student-athletes looking for a quick bite before training in the College of Human Kinetics gym.

I’ve depended on them on an almost daily basis, and so have many others. Before the pandemic broke out, I would routinely buy food from Nanay Celia between classes. When my day concluded, I would stop by Manang Sol’s to grab a snack before crossing over to the other side of Commonwealth Avenue for my commute back home. I’d buy bottled soy milk from Kuya Bon for the road, too.

I cannot imagine UP without these people, and I’m sure neither can my fellow Iskos.

Beyond UP, you will find many others like them: along busy highways, in narrow residential alleys, underneath footbridges, in public markets. People from all walks of life depend on these workers.

They are our informal sector.

The International Labor Organization defines the informal sector as “independent, self-employed small-scale producers and distributors of goods and services.” According to the Labor Force Survey, actors in the informal economy make up 38.3% of all workers. Most of these people have no access to social protection and benefits afforded to workers in the formal economy. This means no “work injury, sickness, disability, maternity, retirement, and death benefits.” No safety nets, in short.

This leaves them vulnerable to shocks: COVID-19, for one. (READ: Over 1 million Filipino workers displaced due to coronavirus)

To be fair, we do have comprehensive social protection programs in place. To name a few: the Pantawid Pamilyang Pilipino Program (4Ps), a conditional cash-transfer program for poor households which provides subsidies for rice, health and nutrition, and education; the Kabuhayan Program, which provides capital to kickstart small businesses; and the Social Pension for Indigent Senior Citizens, which provides a monthly stipend of P500 to the elderly indigent. (READ: When cash aid is not enough: Helping displaced farmers, informal workers)

The problem is not lack of well-structured programs per se, but lack of coherence and inclusive coverage. Faulty inter-agency coordination has led to duplication of data and ineligible beneficiaries instead of coherent and cohesive efforts targeting intended beneficiaries. In 2017, 31,389 households received benefits from the 4Ps program despite being non-poor, thanks to data errors. Completely preventable bureaucratic mishaps like these ultimately spoil good intentions.

But these fall on deaf ears.

True democratic governance encourages participative decision-making. It lends an ear to those on the fringes of society, and works alongside them in crafting solutions to address problems long present. It does not merely toss half-baked solutions from official chambers.

We talk about our new reality in terms of wearing face masks, observing social distancing, business operations, and switching to cashless payments. These are well and good, but let’s delve deeper. Let’s talk about a new reality where an elderly street vendor need not worry about funding their daughter’s bypass operation. Let’s talk about a new reality where our elected officials meet them eye-to-eye, converse with them, grant them a proactive role in the policymaking process, and address their immediate needs.

Informal workers are key players in the urban ecosystem. Many, myself included, depend on them on a daily basis. It is only right that we stand alongside them to topple towers of old, and atop the rubble, build a kinder normal. Our informal workers deserve better.

Jay Sebastian is a journalism student from UP Diliman whose research interests include: sustainable development in the Global South, human rights, social movements, and social protection. He hopes to foster discourse on social inequalities through his writing.