Jul 1, 2020 2:10 PM PHT
Facebook Twitter Copy URL
Copied
'For COVID-19, there is still a lot that we don’t know about the disease, but that doesn’t mean that our scientists are wrong' 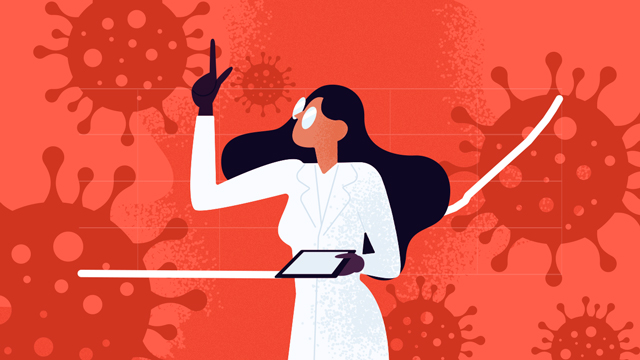 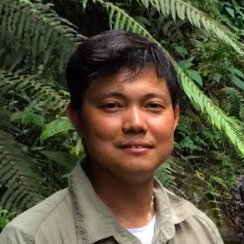 It’s now the 107th day of our stay-at-home order in Los Angeles, California. This means more video games than usual for my kids while my wife and I work from home. One of the games that my 14-year old son plays is Civilization 6, sort of a historical take on empire building and cultural development. Since I am an archaeologist, my son usually asks me questions about some of the themes in the game. Recently, he asked about how archaeologists know what they know and if we ever change our perspectives if new information arises. So, the question was about knowledge production, data analysis, and changing attitudes – all because of Civ6 .

In the age of COVID-19, science and data have been thrust into the limelight as they guide our government officials in making effective decisions to mitigate the effects of the pandemic. There is, however, a common misunderstanding about the nature of science: that science seeks that truth. Questions regarding authenticity have been around for thousands of years, and people did use the scientific method to try to find the truth. Still, we know now that scientific knowledge is only good as the data that support it — walang forever (there is no forever).

Science does not really provide an answer to what the truth is. It gives us tools to understand observable – even intangible – phenomena, but it never commits to offering the truth. Instead, it tests hypotheses, which, if supported, become the best explanation until refuted by a new set of data or models. So, science is a method for asking and answering questions. And it relies on data, testability, and replicability. (READ: Filipino scientists abroad join PH frontliners vs coronavirus)

Thus, science is dependent on data. Without data to support them, explanations are just anecdotal or hearsay in legal speak. COVID-19 has once again exposed us to the nature of science. In the absence of data (or rejection of data), COVID-19 was dismissed as similar to the flu and no big deal. Even if history has given us fair warning about pandemics, particularly the 1918 Spanish Flu (which was first documented in the United States), misunderstanding or sheer ignorance of how science works have contributed to the unabated spread of the virus, particularly among vulnerable populations around the world. For now, there is much that we don’t know about COVID-19. Scientists are working around the clock to help us understand the disease by gathering data, developing hypotheses, and running experiments. That is science: it starts from observation, hypothesis, testing that hypothesis, then providing explanations. Without this process (scientific method), elucidations are just anecdotal thoughts. (READ: What science tells us about COVID-19)

Dating of the Ifugao Terraces

We recently wrote about the dominant narrative of the 2,000-year-old origin of the Ifugao Rice Terraces and the Waves of Migration Theory. We showed that these were examples of anecdotal modeling – they are not testable nor replicable. They are devoid of testable data. To argue for the inception of the terraces, you need data to develop a model.

To date the rice terraces we developed a testable model, support or disprove the hypothesis with actual contextual data, and link it with prior explanations (60+ years of data including 50 radiocarbon dates from Kiangan, Banaue, Hapao, Burnay, Nabyun, Poitan, Lugu, Banghallan, Bintacan, and Bontoc). However, radiocarbon dating does not date a historical event. It dates when an organism died, and that specimen becomes incorporated into the archaeological record.

As such, we do not just look for organic samples for radiocarbon dating. The context (the three-dimensional context, including location and stratigraphic relationships to other samples) has to be established to determine the probable utility and relative age of the sample. For us to use radiocarbon dates, it means that we have to explain the circumstances of when, where, what, how, and potentially, why that sample was used as a specimen for dating. We record this contextual information because archaeological excavation is destructive by nature and the result of radiocarbon dating in a contextual vacuum is invalid.

That is the reason why we dig as slowly and carefully as possible to observe and record any changes in the soil layers, their constituents, and the finds that we uncover. This contextual record, in the form of maps, images, and field notes, is the basis of our reports. Reviewing such documents and maintaining the collected finds and samples make archaeological research replicable. It is a methodology that provides you with data. What you do with that data (interpretation) is the more significant part of science; facts do not speak for themselves – scientific rigor does.

Modeling from contemporary terrace constructions also gives us a glimpse at the speed with which the terraces expanded in the region. Jared Koller’s spatial and energetic model is based on a combination of the number of workers, the workdays, earth moved, stone-walling, and construction. When applied to Batad, the model suggests that the whole system could have been constructed within 180 years by 4.5 persons, working 7.5 hours a day, 6 days a week. Of course, more than 4.5 people would have been working in Batad.

More importantly, community memory appears to support scientific datasets. Time reckoning and genealogical reconstruction are valuable tools in understanding the Ifugao since time reckoning is by generation and not by years. An example of this is the origin story of Batad. The story goes that Batad was discovered by brothers from Cambulo (a nearby village) while hunting. One of the brothers started a swidden field and subsequently brought his family to Batad. The terraces were constructed soon after.  This origin narrative presumably occurred within the last 6 generations. To say that oral history is not a valid source of data is a severe misunderstanding of ethnographic methods and disrespectful to Ifugao community stories and heritage.

The recent discoveries of evidence of early hominin presence in Callao Cave, Cagayan, and Rizal, Kalinga, also correspond to the rigorous scientific reasoning. Researchers analyzed multiples datasets to explain the data recovered from these two sites. In the case of Callao, a detailed analysis of skeletal morphology suggested an early hominid form. The identification of stone tool cutmarks on rhinoceros’ bones from Rizal, Kalinga, also indicates the presence of hominins in Luzon as early as 700,000 years ago. Clearly, these new datasets offer fresh information that changes our ideas of how humans arrived in the Philippines.

For the terraces, the current modeling and interpretation of the archaeological data from the Cordillera are the closest we can get to the truth. Unless new data refutes the model, it stands as the most plausible explanation. Practitioners of science do not feel sad when their models are disproven. It means that their experiments were not replicable or that new data has arisen. It means that scientists need to address the failures of their model, re-analyze, and re-interpret the available data to get as close to the reality that we perceive.

For COVID-19, there is still a lot that we don’t know about the disease, but that doesn’t mean that our scientists are wrong. Every bit of new information gives us hope that we will gather enough data to develop ways to eventually defeat the virus. But for now, what we know is that we should all wear masks, avoid crowds, wash our hands, and listen to science as it develops. Even if there is no forever truth in science, it reflects the truth as we know it, for now. – Rappler.com

Stephen Acabado is Associate Professor of Anthropology at University of California, Los Angeles. He directs the Ifugao Archaeological Project and is an advocate of a community-engaged archaeology. He can be reached at acabado@anthro.ucla.edu.

Marlon Martin is the Chief Operating Officer of the Save the Ifugao Terraces Movement, Ifugao, Philippines. He is on the forefront of Ifugao heritage conservation and has spearheaded the establishment of the Indigenous Peoples Education Center in Ifugao. He can be reached at marlon.martin12@yahoo.com.