[OPINION] Biting the hand that feeds you: Thoughts of a gov’t worker under Duterte

Jul 2, 2020 10:28 AM PHT
Facebook Twitter Copy URL
Copied
'Duterte is the Lord Voldemort (he-who-must-not-be-named) of our institution. Nobody dares to discuss him, unless it is about something positive.' 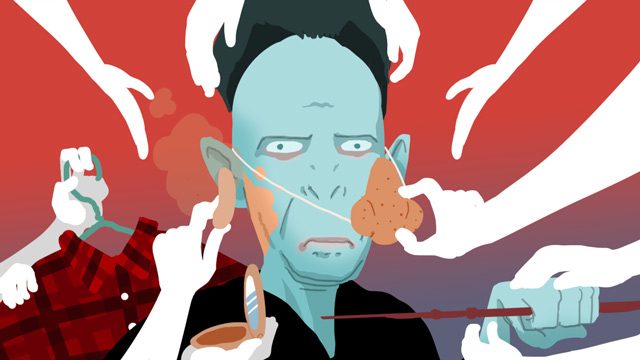 The painful part of being a government worker in the time of Duterte is that you are expected to be either neutral or loyal to your employer. At the same time, however, you owe it to yourself to speak freely and stand up for truth.

One year before Rodrigo Roa Duterte assumed presidency of the Republic of the Philippines, I entered the civil service as a college instructor in a state university in La Union. Many people embrace the notion that civil service is an honor. For me and my family, who for the longest time were fed by years of civil service thanks to my father’s work in the military, it has always been the wiser choice.

Job security, generous compensation and benefits, and an excellent opportunity for personal growth and development. Who would not want these boons of working in the government? But at what cost?

In September 2018, Presidential Spokesperson Harry Roque reminded Mechanical Engineering professors of the University of the Philippines-Diliman, who called President Duterte a “tyrant,” not to forget that while freedom of expression is a right, state university professors are still government employees and are bound to follow civil service laws.

Early this year, the Department of Environment and Natural Resources released a memorandum advising their employees, including contractuals, “not to comment or post negative in (sic) the social media against the government.” It further reads: “As a government employee, we should exemplify discipline to (sic) the community and promote cooperation to (sic) the government.” For contractuals, obedience to this kind of memorandum is crucial to their survival.

Roque and the DENR’s messages are the same, and both are clear. They insinuate that government employees must respect their employer: the very organization that hires them, pays them, and feeds them. Never bite the hands that feed you, they say. Respect those whom you depend upon. But I find this problematic, especially in the context of free speech.

Our right to free speech is guaranteed and protected by the Constitution (Art. III, Sec. 4), which posits that “no law shall be passed abridging the freedom of speech, of expression, or of the press, or the right of the people peaceably to assemble and petition the Government for redress of grievances.” Government employees being asked to filter their thoughts or mellow their criticisms against the government or the president means they have to surrender their freedom of speech the moment they enter civil service. (READ: [EXPLAINER] Can government employees post criticism of the anti-terror bill?)

It alarms me how certain government agencies make efforts to stop civil servants from airing criticism. But what bothers me more is how these efforts try to equate being a civil servant with being a loyal, faithful servant of the government, and most especially the president. In the fundamentals of political science, it is clear that the government and the state are two different entities. In fact, the government is just one of the 4 basic elements of the state, together with territory, people, and sovereignty. As civil servants, our loyalty lies with the state, in the service of the public, and not with the current government. My political science lessons also remind me that governments can change after every election, but not the state. This basic differentiation somehow informs my decision to speak my mind sometimes, including criticizing the government and even the president.

For a rank-and-file civil service employee like me, conversations about Duterte’s government are hard conversations. Duterte is the Lord Voldemort (he-who-must-not-be-named) of our institution. Nobody dares to discuss him, unless it is about something positive. Sometimes, there is also a moral agency that keeps me from posting my thoughts against the government or the president.

Plus, in our family of civil servants, it is imperative not to criticize the very agency that feeds us and gives the family dignity. My last debate with my family regarding the ABS-CBN shutdown did not end well. I was reminded that I must respect the government’s decision because it is from working for the government that we were able to graduate from college. Politics must be the Lord Voldemort in every home.

It is difficult not to speak up in the face of a bloody drug war; of the President’s obscene language towards the UN, his critics, the Pope, and the Catholic Church; of the lack of transparency and accountability; of the special treatment and double standards that prevail; and recently, of the glaring incompetence in our COVID-19 response. It is especially difficult not to speak in these weird times, because we owe it to ourselves to speak up and defend our rights. We owe it to ourselves and our future as a country that we do not condone and sponsor violence, profanity, double standards, and incompetence. And it is especially hard and challenging because I am an employee of the government I bash. (READ: Tony Leachon miffed Duterte himself)

I have always believed there is prudence in silence, but never speaking up about anything at all is not prudence, but fear. When we choose to remain silent despite threats to our democracy and rights, we choose for injustice to grow and propagate. (READ: Dismay, disgust, dissent: How Filipinos online reacted to issues during Duterte’s 4th year)

Borrowing the words of Justice Marvic Leonon in the 2020 virtual oathtaking of new lawyers, “Our silence, when we fall victim or after we serve as accomplices to corrupt acts of the powerful, is also our own powerful political act. Our silence maintains the status quo. It ensures that others will also be victimized. Our silence in the face of abuse skews power to the system in favor of those with resources and against those who need the law more. Our silence legitimizes greed and undermines the power of public trust. Silence about corruption and abuse of power is not only in itself unjust; our silence when we have the ability to speak is in itself a cause of injustice.” – Rappler.com

Ronald Bracero Bustos is a college Social Science instructor at Don Mariano Marcos Memorial State University-South La Union Campus. He holds a Master of Arts in Social and Development Studies from the University of the Philippines-Baguio and a bachelor’s degree in Secondary Education, Major in Social Studies from Saint Louis University. His views here do not reflect those of said institutions.