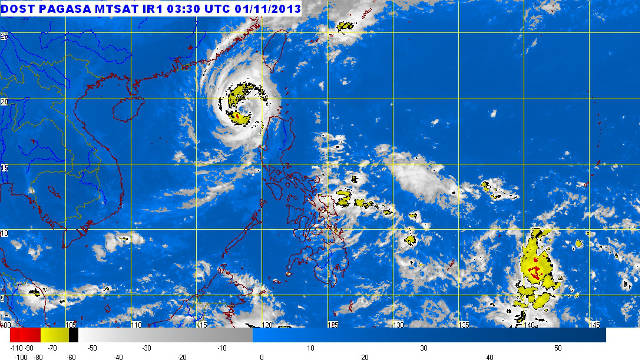 As of Saturday noon, at least  26,221 families or 116,482 individuals from Ilocos Region, Cagayan Valley, and Cordillera Administrative Region (CAR) were affected by the typhoon, the DSWD reported.

While most of the evacuees went back to their homes, at least 299 families from the town of Gonzagain in Cagayan Valley remained with their friends or relatives. They will continue to receive relief assistance, the DSWD said.

According to DSWD-Field Office II Director Violeta Cruz, her agency is delivering at least 1,000 family food packs to districts I and II in Cagayan.

In Sta Ana, Cagayan, at least 500 family food packs were delivered to victims.

Social Welfare Secretary Dinky Soliman has at her disposal an average of P500 million in quick release funds to use in case of disasters and calamities.

A portion of this fund went to respond to the humanitarian crisis in Zamboanga City and the Bohol and Cebu evacuees due to a strong earthquake that struck on October 15.

Meanwhile, social workers on Critical Incident Stress Debriefing (CISD) are ready for deployment as soon as their services are needed, the DSWD announced. – Rappler.com