Yolanda death toll 4,011 but hundreds not in tally

Nov 20, 2013 5:29 PM PHT
Facebook Twitter Copy URL
Copied
The NDRRMC says it requires a formal casualty report signed by the mayor and municipal health officer before government can add the numbers to the official count 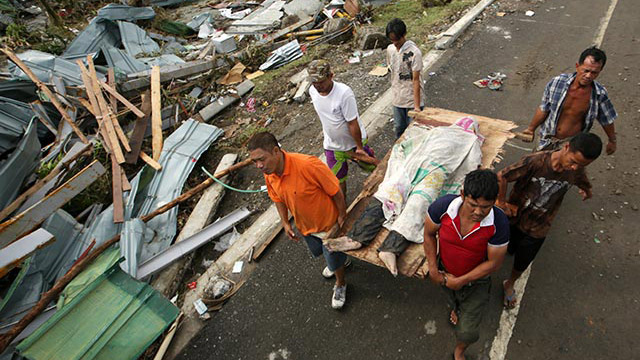 MANILA, Philippines — Troops on the ground continue to retrieve hundreds of bodies, but the National Disaster Risk Reduction and Management Council (NDRRMC) has been slow to update its casualty tally.

The NDRRMC tally as of 6 am Wednesday, November 20, showed at least 4,011 were killed, 18,557 were injured, and 1,602 remained missing following monster typhoon Yolanda (Haiyan).

In hard-hit Tacloban City, NDRRMC data recorded 696 deaths, a number that has been constant since 7 days ago, November 13. But Task Force Cadaver in Tacloban City already recovered a total of 1,172 from November 16-19.

Most of Tacloban City is now cleared of debris, he said. Clearing operations continue in the inner roads of the city.

NDRRMC executive director Eduardo Del Rosario explained the council requires a formal casualty report signed by the mayor and municipal health officer before it adds the numbers to the official count.

The strongest typhoon ever recorded affected 10 million people in 9 regions mostly in the Visayas. Nearly 400,000 are staying in government centers. Another 4 million are staying with relatives and friends.

The International Committee of the Red Cross (ICRC) also sent a forensic expert to assist Philippines officials in the “proper management of the dead.”

“There are certain procedures that should be followed to preserve the dignity of the victims and facilitate their identification,” said Andres Patino, ICRC expert in humanitarian forensic action.