The politics of secession

Apr 6, 2014 9:25 PM PHT
Jed Del Rosario
Facebook Twitter Copy URL
Copied
The Bangsamoro Framework Agreement is nothing but a series of words on paper, unless... 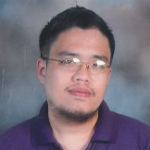 Filipinos have a lot to be proud about what happened on March 27, 2014. Finally, after several years of negotiations, the Bansangmoro Framework Agreement was finally signed by both the Moro Islamic Liberation Front and the Aquino Administration in a high profile ceremony at Malacañang Palace, marking a new era of peace for the entire country.

However, as Filipinos celebrate this new development, they should also take pause and consider certain events presently taking place half-way around the world, in Ukraine. To be sure, the events surrounding Ukraine have several important geopolitical implications for both the North Atlantic Treaty Organization (NATO) countries and Russia, including her various BRICS (Brazil, Russia, India, China and South Africa) allies. Although the ongoing events in Ukraine have many lessons to teach us, for the purposes of this article, we will just focus on the secession issue of Crimea and Eastern Ukraine.

For those who are not aware, people in Crimea have voted to leave Ukraine and join Russia. To illustrate the importance of this referendum, imagine if large areas of Muslim Mindanao were to suddenly vote to secede from the Philippines and join either Malaysia or Indonesia. Likewise, consider if people in Sabah were to suddenly have a referendum where they would leave Malaysia in favor of the Philippines. Such events would certainly have a destabilizing effect throughout South-East Asia, and such referendums may even challenge people’s long held convictions about the efficacy of democracy in regards to national sovereignty. 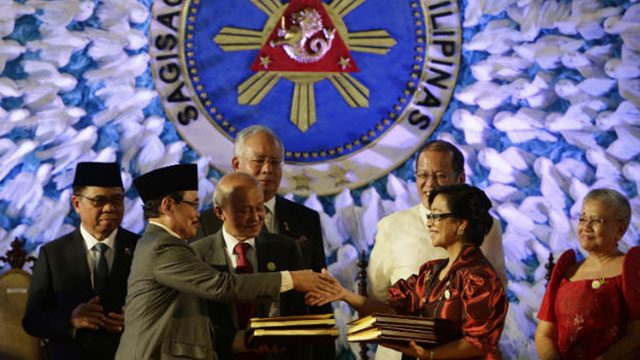 After all, the ongoing events in Ukraine are not particularly unique to them. Secession and inter-ethnic conflicts have existed all over the world throughout the centuries. A few relatively recent examples include Singapore’s split from Malaysia, India and Pakistan’s divorce, the breakup of the former state of Yugoslavia as well as East Timor’s split from Indonesia. So what is happening now in Ukraine is not unique to Ukraine, nor are the problems in Mindanao unique to the Philippines. Secession referendums and civil war have existed in the past and they will likely continue to exist in the future.

Now, going back to the issue of Crimea, the average Filipino will probably ask “what does this have to do with the Philippines?” Well, for one thing, it sets up a very precarious precedence for the nation-state model. The fact that certain portions of a country could secede through popular referendum means that secessionist elements within every country in the world can potentially do something similar in order to secede from their respective countries and nations.

The fact that we have been successful in the Bansangmoro Framework Agreement does not make us immune from such contingencies. It only means that we have been more successful at managing our own inter-ethnic and inter-religious differences than other countries, but that doesn’t mean we are free from them.

So what can we learn about what happened in Crimea between Ukraine and Russia?

Now, what do these lessons mean for the Philippines and for Filipinos in general?

Well, basically this: That ethnic, religious and historical differences are more lasting than treaties and diplomacy. National boundaries change and shift over time. Our independence from Spain and the United States is a clear example of this. States merely manage these political tectonic plates as best they can, which is what the Bansangmoro Agreement basically is, an agreement between the government and the Islamic community in Mindanao.

This analysis is not meant to downplay the successes that the Aquino administration has achieved in the Bansangmoro agreement, nor is it an attempt at political pessimism. It is, rather, an attempt to put things into perspective. The Bansangmoro Peace Agreement is ultimately just a series of laws, treaties and political agreements. Its actual value comes from people who are prepared to make sacrifices to make the agreement work. It will only work as long as Filipinos, both Muslim and Christian, are prepared to make it work during good times and bad times.

In contrast, secessions happen when political unions and agreements are only based on bureaucracy, bribery/social welfare, or coercion. They are less likely to happen, if all parties feel that they have an equal share in the country, and that their history and identity are preserved and respected. These are the lessons that all Filipinos must learn about secession as we embrace the new Bansangmoro Agreement. – Rappler.com

Jed Del Rosario holds a Bachelor’s degree in Political Science from Central Philippine University. He is currently working as a freelance writer, researcher, translator and journalist. He is also an avid observer of international politics and metapolitical discourse.