#AfterYolanda: The needs of disaster recovery 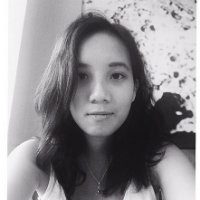 Five long months have passed since Super Typhoon Yolanda (Haiyan) hit the Visayas and problems such as missing aid, misinformation, and distrust in government are still affecting the quality of recovery efforts in the affected areas.

This is a summary of the issues discussed by local government units (LGUs) of devastated areas during the Kaya Natin Disaster Resilient Communities and Crisis Leadership workshop last March 28. I was there to present Project Agos alongside Gemma Mendoza, Rappler’s Research and Content Strategy Head.

The gravity of misinformation on disasters has a direct effect on the quality of planning for recovery phases. Without proper assessment from LGUs, these problems will be left unresolved.

Municipal mayors from affected communities had different stories to tell on the challenges they encountered while undertaking rehabilitation and recovery.

The need for communication

Tacloban and Guian, according to her, have become ‘relief hot spots’, making it difficult for isolated communities to receive aid.

“There are many other municipalities (that) suffered more but there isn’t much information, so aid is coming slow,” said Villacarillo.

For their basic needs, people from isolated communities travel far for days with empty stomachs. Even when they arrive at Tacloban or Guian, they are still subject to bureaucratic processes, sometimes leaving empty handed.

In a separate statement, Dulag mayor Manuel Que said he is grateful to the international community for the outpouring of support to Leyte.

“I am very lucky because right now we have many foreign donors. Originally, their plan was to give livelihood and shelter to totally damaged families. Right now, even partially (damaged) they are now giving away,” he said.

The observations between Villacarillo and Que showed a stark contrast between isolated areas and areas associated with Typhoon Yolanda’s destruction.

Today, Tacloban and Guian are still deeply in need, but limited information about the situation in other affected communities is costing more lives on the ground.  (READ: In Numbers: 100 days after Yolanda) 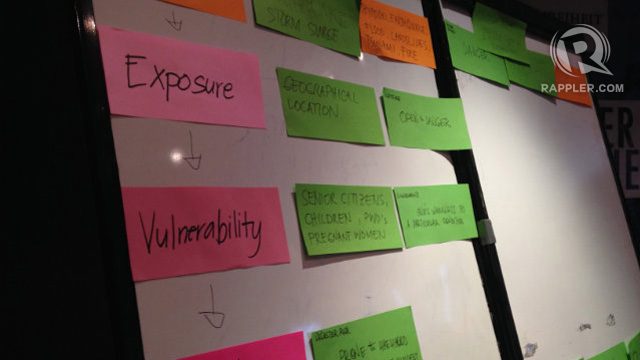 The need for transparency

More information is needed on how aid is received and distributed on the ground, as several dangers can happen in between pledging the aid and delivering it to the survivors.

“I’m not going to mention any names but there are some municipalities which donors do not want to go to because they play politics,” Que told Rappler.

Politics has a negative effect on other LGUs who are vigorous in seeking assistance for their constituents. Sometimes, LGUs are not informed on NGO efforts due to lack of trust. (READ: The calamity of mistrust)

To make matters worse, even the national PDAF scam has made things harder for survivors. (READ: Use scrapped PDAF for disaster aid – solons)

Mayor Edward Boco of Hernani, Eastern Samar, said that the declaration of the PDAF as unconstitutional has given them additional problems.

“Wala naman PDAF ngayon. Kung may PDAF, walang problema.” (There is no PDAF now. Had there been PDAF now, we wouldn’t be having this problem.) The need for network

Contrary to standard regulations, the town hall was built too near the shoreline (10-15 meters) due to shortage in public land. Leaders of Hernani now govern from a donated bunkhouse.

Much of the land in Hernani is privately owned. The mayor is looking for support elsewhere because as a a 5th class municipality, the LGU has very limited sources of income. The need for initiative

Right now, the lack of resources is the biggest hindrance to recovery. There is a recognized gap between planning in the national level and in the local level.

LGUs heard that there is a sum of money allotted for ecovery, but they don’t know where it is and when it will be used. Aid has been pledged by numerous organizations, but sometimes it does not get delivered.  (READ: PH to world: Fulfill Haiyan pledges)

In the meantime, what are LGUs to do?

“Let’s not be so dependent on the national government for the budget. Of course you have to wait for that, you have to access that. But the question is, ‘how are you going to do it on your own?’ We need to (take the) initiative,” according to Adelfo Briones of the Alliance Network of Social Accountability.

The need for vigilance

It is without question that all these issues stemmed from one problem – the need for resources. Briones has identified this as the biggest concern of most LGUs.

However, to dwell on this problem instead of breaking it down to manageable issues will be counterproductive – and survivors are hanging by a thread without long-term planning.

This is why information dissemination needs to change. Problems need to be presented in a constructive manner, with a sharp eye out for long-term recovery. As someone working closely with Project Agos, it is important to keep the momentum of information flowing even months after the disaster, as opposed to the traditional practice of news organizations only covering the first 14 days of the crisis.

It is not just LGUs who need initiative and coordination but the general public as well.  I can only hope that with a heightened awareness of these issues, there will be no excuses in the future. (READ: Donors get online access to track Yolanda foreign aid)

One week has passed since the workshop, and Briones said that LGUs are changing the way they are planning the recovery phase. This time, they want to build back better and include climate change adaptation in long term projects. (READ: Wanted: ‘Build Back Better’ agency)

It’s a good ideal, but it’s our shared responsibility to see that it is translated into concrete action. – Rappler.com

Gen Cruz is a writer and researcher at MovePH, the civic engagement arm of Rappler. She has also done work as an advocate for marine wildlife conservation with Save the Philippine Seas.