MANILA, Philippines – Araw of Kagitingan (National day of valor) is a day originally meant to remember the heroes of the Bataan Death March, who fought bravely for the country and perished.

Just like the Bataan Death March, Super typhoon Haiyan (Yolanda) brought grief and devestation to countless Filipinos. It was the strongest typhoon ever recorded in history. (READ: In Numbers: 100 days after Yolanda)

Amidst the loss, there were many unnamed individuals and groups who put the lives of others before themselves.

Today, we honor them by telling their story.

#HeroesofHaiyan is a series of stories remembering those who went beyond the call of duty to help others. MovePH will regularly publish stories sourced from contributors who wish to honor a hero who made a difference. 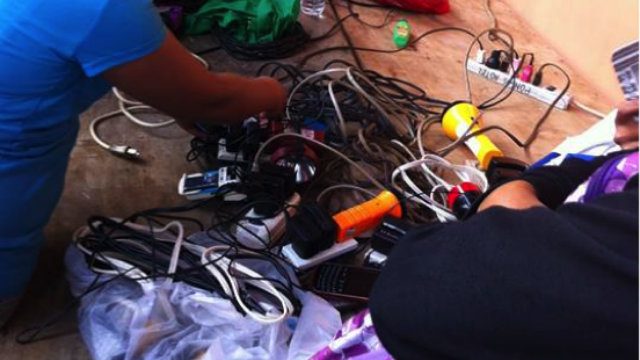 When Yolanda ravaged Ormoc and left the city without power, family-run Pongos Hotel provided a refuge and much-needed electricity to Ormoc’s residents. In spite of the scarce fuel supply, Dr. Virgie Espina and her family allowed the public to use their generator to charge their phones, radios, and flashlights for free. The hospital staff of Ormoc District Hospital set aside their personal losses in order to attend to the needs of their patients. Their hospital facilities were severly damaged, yet they still tended to their patients with makeshift beds strewn along the corridors of the hospital. Alphaland Balesin
For the medical relief team of Dr. Ceres Paulino, finding transportation to places hit by the Typhoon was difficult if not impossible. The Alphaland Balesin hangar under Marco Diaz extended help by facilitating the delivery of relief goods and medical teams for free to Leyte and Samar. Military personnel
Military soldiers from differeny countries came to Haiyan-hit areas to extend their assistance. Many of the planes that brought in the soldiers were also used to evacuate the sick and wounded.  But the military planes soon filled up with whole families who wanted to escape the harshness of the disaster zones. Navy Captain Roy Vincent Trinidad was one of the officers in charge of these evacuation runs. Staying at the Tacloban airport for weeks, they slept in tents and the little that was left of nearby buildings. Despite their own living conditions, these true men and women of service even offerred their own rations to the people of Tacloban. Wendell Corregidor
Wendell, a gold medalist  in paralympic swimming competitions, contracted polio during childhood and walks with the aid of crutches. Despite his disability, he was able to save 7 children and 3 women. His left hand was paralysed for a week after the typhoon due to the physical exertion of carrying people out of the water. Budoy
Budoy is the dog of 12-year-old Vincent of Estancia Iloilo. Budoy pushed Vincent and his mother to safety when they were about to give up due to the force of the flood waters. Unfortunatelty, Budoy did not survive the ordeal. Do you know a hero?
There are just some of the many #HeroesofHaiyan. Many more remain anonymous. Let us continue to honor these everyday unsung heroes, even after the National Day of Valor.
If you have a story to tell about a hero of Haiyan, share them with us via email to move.ph@rappler.com. Send in your photos and videos as well. – Rappler.com

Ceres M. Paulino, M.D.  was part of the Yolanda Medical Relief, a group that conducted several medical missions in Ormoc, Leyte and Samar after Haiyan. He contributed the first 6 stories on this page.

Caroline Gluck is Oxfam’s roving humanitarian press officer currently based in the Philippines for Oxfam’s Typhoon Haiyan Response. She is also a former BBC correspondent. She contributed the story of Wendell Corregidor.

Joy Maluyo, the contributor of Budoy’s story, is 25. She is based in Manila but is currently deployed in Visayas as a Communication Officer for World Vision’s Haiyan Response.

For more stories of inspiration, read about other #HeroesofHaiyan here.