Out of status: Living illegally in the US

May 3, 2014 10:00 AM PHT
Monin Muriera-Navarro
Facebook Twitter Copy URL
Copied
'My husband and I were both on tourist visas with no intention of returning to the Philippines, in other words, we were going to be TNTs' 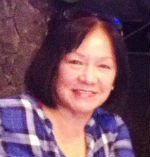 Reading about the 2013 immigration reform bill brought back memories of my own struggle for legalization in the US. In the year 1980, my husband and I took a leap of faith across the Pacific and landed in Los Angeles, USA.

We were both on tourist visas with no intention of returning to the Philippines, in other words, we were going to be TNTs. At that time, it was easy to get a driver’s license and a social security number and employers were not strict in checking the social security card, which in our cases, had the words “Not Valid for Employment” printed across it.

In less than a month, we were both working, my husband for Sparkletts Drinking Water in Gardena and me as an administrative assistant for Stang Hydronics, an engineering firm in Orange.

When I was checking the classified ads before I started working, there was a small news item that interested me.  It was reported that the US government was mulling an amnesty plan for thousands of undocumented workers. A glimmer of hope rose in me but knowing how the government worked, I filed it in my memory and forgot about it.

What was it like to be an undocumented worker or, as they called us at that time, an illegal alien in the US? I went through a gamut of emotions – fear, stress, on edge, and always looking over my shoulders. Our friends were mostly undocumented so we stuck together and were wary of making new friends outside our circle. Even then there was suspicion that one of our friends made money by reporting illegal aliens, which at that time had a reward of US$20,000. Any kind of encounter with law enforcement was scary, so I drove as carefully as I could, sticking to the posted speed limit always. If I saw a police car or highway patrol on the freeway, I always made sure I was behind and not in front of them.

That didn’t always work though. I was on my way to work one morning, and I was driving behind a highway patrol, unable to change lanes because of traffic, making sure I kept my distance. Before I knew it, he had his siren on and signaled me to go to the shoulder. By this time I was shaking with fear thinking that somehow, he knew I was an undocumented alien.

When I had the courage to ask him what I did wrong, he said that I was driving over the speed limit. I answered, “Officer, I was just following your speed and it was 55 mph.” He said, “Exactly, you were following me and I was driving over the speed limit.” One doesn’t argue with the highway patrol so I took my ticket and paid the fine plus I had to go to traffic school.

What I did not know at that time was that only the border patrol and immigration police were hell-bent on catching illegal aliens. The other law enforcers (at that time) usually looked the other way.

Is it for real?

By 1982, we had moved into our own townhouse in Bellflower and the news of an amnesty became more prominent, but it wasn’t until 1986, or 6 years after I first knew of it, that the amnesty act became a reality. It was known as the Immigration and Reform Control Act of 1986. It provided legal status to nearly 3 million people. Ronald Reagan was president.

For some of our TNT friends, paranoia set in. They suspected it was just a ruse to lure illegal aliens to come out and apply, get apprehended, and be deported. By chance, I was sick the day Congress voted on the bill so I was watching the whole proceeding on TV, and when it was announced that the bill had passed, I nearly passed out myself. Some of our friends who believed it was a hoax never applied. I hope they will take advantage of this new act.

All we needed to do in 1986 was submit proof that we have been in the US before January 1, 1982, that we were not felons or had 3 or more misdemeanors, and that we were gainfully employed. We didn’t hire a lawyer to do our application – I did all the paperwork myself.

Since we started working, we religiously paid our taxes so our best proof was copies of our income tax returns from 2000. There were other acceptable documentary proofs such as copies of electric, water, rent, or credit card bills that showed you were, in fact, in the US before 1982. I am obsessive-compulsive in my filing system at home and at work so submitting these documents were not a problem for us. By the way, I still have copies of all our ITRs even though the IRS only requires us to keep 7 years’ worth.

The provision of the 1986 act that seemed strange to me at that time was that in order to quality, one had to be illegally in the US as of January 1, 1982. So if you arrived in December 1981 and your stay was still legal (you haven’t overstayed) by January 1, 1982, you are not qualified to apply for amnesty – in essence, rewarding the illegal act and punishing the lawful one. This became such a contentious issue at that time.

Out of curiosity, I read some of the provisions of the 2013 act and it definitely had stricter rules to qualify and it will take longer to become a citizen, something like 13 years. It’s like the US is grudgingly opening its door once again but just barely, and the line is long and arduous. (READ: Waiting for a sign: Obama, Pinoys and US immigration reform)

In 1986, the number of people living in the US illegally was relatively small compared to today’s estimated 11 million. Roughly 2.7 million people qualified for amnesty then. This time around, considering the December 31, 2011 cutoff date and strict requirements, far fewer than 11 million would qualify in the end.

After filing our application, we were given a receipt which stated that we had applied for amnesty and we cannot be deported unless we commit a felony. For 18 months we were on temporary legal status after which we received our permanent resident cards (green card).

It was a glorious day for us when we got them in the mail. Finally, we can come out of the shadows and not feel like second-class citizens. Five years later, we applied for citizenship, got our American passports, and voted in all elections.

It was a happy ending, the same happy ending I wish for the current TNTs in the US. – Rappler.com

Read previous stories
• Moving to America: Driving, dishwashers and idioms
• From TNT to US citizen
• Memories of 1963
• On being 70
• Retiring in the Philippines: No going home again
• #DearObama: Goodbye, Mr President