May 8, 2014 10:07 PM PHT
David Lozada
Facebook Twitter Copy URL
Copied
Young mountaineers give back to their community by training the community members on disaster preparedness and response 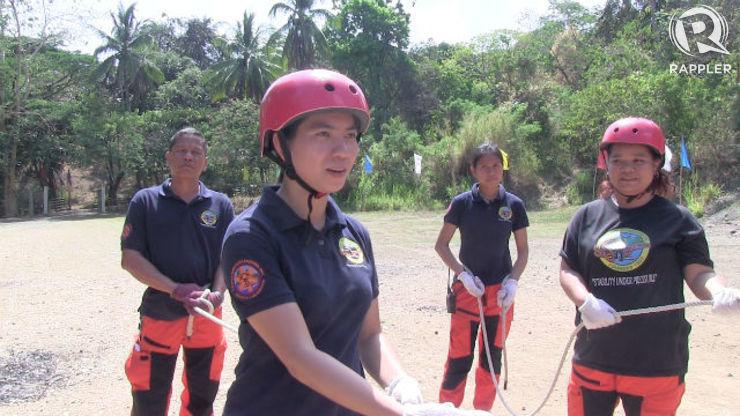 MANILA, Philippines – While other young adults her age are heading to the beach this summer, Roxanne Hernandez is preparing for the next disaster.

She regularly trains at the Sacramento Adventure Camp in Tanay, Rizal to improve her skills on disaster response and search and rescue (SAR) management.

The 22-year-old is passionate about climate change adaptation (CCA) and the conservation of the environment.

“Climate change and global warming is a trending and controversial topic now. It’s become a threat not only to the Philippines but to all other countries that are prone to natural hazards. If we don’t focus on this problem, people won’t be aware of the issue and its effects on our country,” Hernandez said in Filipino.

“It’s important that people develop a sense of awareness and responsibility on this topic,” she added.

Hernandez is a member of the Tanay Mountaineers (TM). Together with her fellow mountaineers, she contributes actively to her community through her hard work and dedication.

TM, established in 1997, is a non-governmental organization (NGO) that focuses on disaster risk reduction and environmental protection activities.

According to its founding chairman, Caros Inofre, TM started as a youth volunteer and mountaineering organization with 20 members. Because of their love for the great outdoors, they honed their mountaineering, first aid, navigation and survival skills. 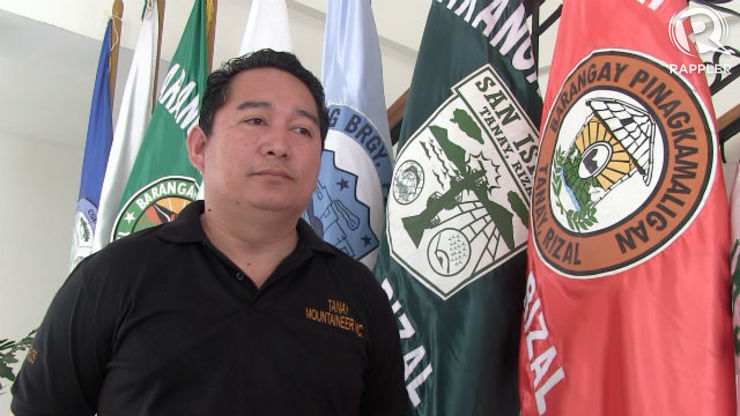 In recognition of their expertise, the local government of Tanay tapped them to become emergency responders. Now, with 230 active members, TM is the official disaster response team of the Tanay municipal government.

Inofre, an engineer by profession, said the local government saw the need to institutionalize TM’s help due to past disasters. Tanay’s experience during Typhoon Ondoy was a deciding factor in TM’s current role in the municipality’s DRRMO.

“We were the only responders when Typhoon Ondoy (Ketsana) struck. We facilitated the rescue and response operations. We’ve also been deployed to disasters in other areas like the Quezon landslide in 2004,” Inofre said.

Bordered by Quezon, the Laguna de Bay and portions of the Sierra Madre mountain range, Tanay is prone to rain-induced landslides and flashfloods. This first class municipality has a population of almost 100,000 people. Of its 20 barangays, 11 are located upland and 9 in the lowlands.

When Typhoon Ondoy struck the town in 2009, around 62 people were killed. There were portions of Tanay which were covered with almost 9 meters of flood water.

“Our commercial establishments were totally devastated. Two weeks after Ondoy, we were still retrieving cadavers. That was how damaged Tanay was,” Inofre said.

After the devastation caused by Ondoy, TM began to conduct DRRM seminars to make sure Tanay residents were prepared for future disasters. The group was able to create local response groups in every barangay. This shifted Tanay’s centralized response system to a more devolved, community-based system. 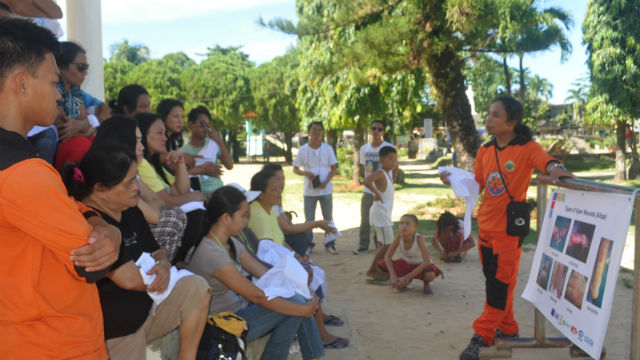 With the help of the municipal government, TM conducted a risk analyses assesment of the municipality. Upon coming to the conclusion that the upland and lowland barangays had different DRRM concerns, the group adjusted their training curriculum.

“Our trainings vary depending on the community’s location. For the lowland communities, we usually train them for evacuation management, water safety, and survival. For those in the upland, it’s usually first aid, rope rescue courses, and basic life support,” said Hernandez.

TM members also taught the importance of mitigating the impact of climate change. As part of their advocacy, they regulary plant some 10,000 tree seedlings annually – an initiative which was started in 2011.

Jonathan Matienso, a local resident, was trained by TM in one of their regular seminars. Matienso said the training seminars have made him confident of his community’s ability to respond to a disaster.

“The barangays already have trained rescuers ready to respond to their community’s own disasters. We don’t need to wait for the municipal hall to send people,” Matienso added.

Matienso’s barangay was flooded when heavy rains brought by Habagat winds fell in 2012. Some of his neighbors needed to be rescued from their flooded homes. Matienso and his team conducted rescue operations and were able to rescue 15 neighbors, most of whom were children.

While many of the group’s members are professionals in their 30s and 40s, it is the younger members who run the operations. Inofre said this is how the group develops young community leaders who are ready to face any challenge.

“The youth of Tanay play a big role in promoting disaster resiliency. In TM, our youth members are our trainers and responders. They plan, execute, and spearhead our environmental protection activities,” Inofre added.

“It’s the youth who has the time. They have the physical and mental capacity (to understand DRRM). We can easily tap them to make their communities aware of the issues they face,” Hernandez said.

She noted that the TM youth trainers always get positive feedback from the older residents they train.

“The residents realize that if we, the youth, can do it, they can do it. That’s also another lesson we want to teach them – the spirit of volunteerism. Even if we’re not there, they can take care of themselves and their community,” she said.

In recognition of their hardwork and dedication, the youth arm of the organization received the Ten Accomplished Youth Organizations (TAYO) of 2013 award. 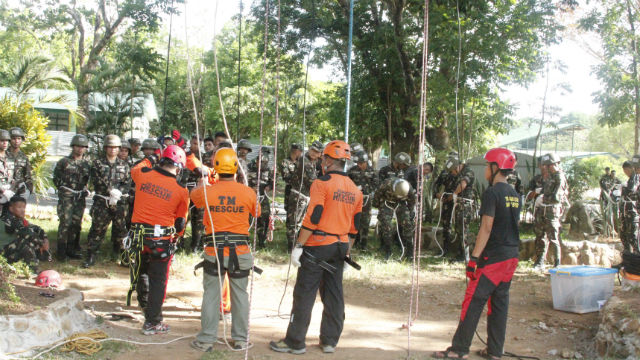 Inofre said the good partnership between the municipal government and TM as an NGO is another big factor in the group’s continued success.

TM relies mainly on funding from members’ donations and aid groups like Oxfam. It receives some support from the municipal government.

Long-serving Tanay mayor Rafael Tanjuatco had been supportive of the group since its formation.

Inofre serves as the bridge between the local government and TM, as he is the officer-in-charge of the municipal DRRM council. Many of the municipality’s civil servants are also members of TM.

Inofre encourages other LGUs to work hand-in-hand with their local NGOs in crafting and executing their DRRM plan. These LGUs, he said, “should utilize the NGOs in their areas to effectively train their communities down to the household level.”

Inofre and Hernandez believe that Tanay has learned the lessons of Typhoon Ondoy. Today, the municipality is better prepared for disasters because of the groundwork done by groups like the Tanay Mountaineers.

“There have been a lot of changes in the community in terms of disaster risk reduction. We’re not fully disaster resilient but we’re getting there,” Hernandez said.

Matienso echoed this assessement and said he saw how the municipality changed the way it deals with disasters.

Yet, Hernandez believes, a municipality can only do so much. For her, everyone should always keep in mind their personal safety and the safety of others.

Despite the heat of the summer sun and the personal sacrifices she’s had to make, Hernandez is happy because she knows she is training the next generation of Filipino life savers.

The Tanay Mountaineers needs your support, you can contact Roxanne Hernandez at 09474571164 or via e-mail at rinoaaceblitz@gmail.com.