In the womb of struggle

May 20, 2014 7:00 AM PHT
Kristine Valerio
Facebook Twitter Copy URL
Copied
The patriarchal nature of society holds challenges for women of every class and background 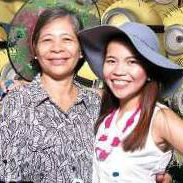 I was raised in a family with three grouchy sisters and a conventional mother who never earned any peso as she played the traditional role of a woman in our village: housewife.

My mom cooked for us, cleaned the house, combed our hair, and nagged my dad whenever the bills came. As my silent, patient, and workaholic father served as the economic provider of the family, my sisters and I grew up looking to him with high respect.

We saw our mom then as a woman whose audacity could only be seen at home, while performing as a religious, timid mother in her village. My sisters and I were known as the opposite. Our neighbors saw us as gladiatorial women – whenever someone initiated a fight against one of us, all of us would attack.

I grew up upholding my ate’s (who is a mother now) maxim that she kept teaching us: Never be aggrieved! Dare to fight! Dare to win! In her university days, my ate even broadened her discussion about winning the fight.

She discussed with me, full of vigor and hope, the story of tatsulok that tells us that 1% of the population exploits and oppresses the majority.

These words became bigger for me when I encountered the terms capitalism, reformism, radicalism, activism, feminism, and so many -isms.

Yet, during the first years of my activist life, I perceived the women struggle as a narrow fight, which bypassed the primary struggle of the Filipino people for genuine land reform and national industrialization. I was part of the Student Christian Movement of the Philippines then.

After several years in the movement, things gradually changed. My gay best friend would always discuss the life and struggle of women in different parts of the world. Through discussion and debates, I questioned. I critically went back to the principle of handling the women struggle, which I admitted, I wasn’t able to understand well at that time. (READ: One struggle, one success for all)

I rectified. I started again. I started listening to the women’s voice. Since then, whenever we integrated with the farmers in the countryside, workers in the factories, indigenous people, informal settlers, I would always ask about the women’s condition in their communities.

I will never forget the story of Ate Ruby and Kuya Lito’s family who lives in the southern part of Luzon. In order for them to pay the ballooning usury to their landlord, as the underpricing of their palay is common practice, they were forced to let their daughters work in their landlord’s house. At the age of 8, 10 and 12, their children stopped their schooling to work as housemaids.

Until one day, a day before Christmas, these children opted not to go home, so the parents wondered why. They asked their children, they tried hard to make them talk until they found out that the eldest was pregnant.

She was raped by the landlord.

She had tried to seek help from others in the house but they could not help her. So she just let it happen and didn’t tell her two sisters. But, a few months later, they found out that they had shared the same experiences.

All 3 girls had not only experienced child labor but also rape.

There are many other painful stories.

I still remember the condition of the women workers in the factory in the southern part of Metro Manila. The manager would only renew their contracts if they first allowed him to touch their bodies.

In the indigenous communities in the Philippines, although I respect their traditions, I empathize with the women I visited there who were forced into early marriage in order to escape from poverty.

I still remember my neighbour, Aling Cora, who shared her story with me when I stayed in the informal settlements in Metro Manila. As a battered wife, there was one night when her husband beat her until she almost died. It just happened that their daughter came and pointed a knife at her father’s neck to make him stop. She was brought to the hospital and physically recovered only after 6 months. But until now, two years after, she still has nightmares abour her husband visiting her.

These stories happen not only to the women I talked to, but to many other women who suffer everyday not only because our system is profit-oriented where greed and monopoly of wealth exist. But because it is also patriarchal society where women are treated as objects of desire, as weak human beings who can be battered physically, sexually, and psychologically.

It took me years until I finally understood the distinct and yet not separate situation and struggle of women from the emancipation of humankind.

My mom might not know the words like feminism, activism, and so on, as she wouldn’t hear it in the telenovelas she loves to watch. Words, which I live with every day; words, which the battered women I meet do not know either. One might think that these women are weak. That my mom is weak.

My mom knows that I am an activist but she never hindered me pursuing my choice. Sometimes I want to tell her what I do, what I learned from the outside world. Things that she has never understood but she tolerated and supported.

These women, my mom, our neighbor, a stranger, might not be able to articulate the words which women activists like me can define easily. But like me, they experience what I experience, they feel the women oppression I feel everyday, they suffer from the patriarchal system I suffer every moment of my life. So how come that they will not be able understand it?

They will understand it. My mom can. Aling Cora understood and Ate Ruby as well. So, those who say that they know must explain what women’s struggle is all about.

It is all about freedom. Of mothers. Of women. Of humankind.  – Rappler.com

Kristine Valerio is a sociologist from UP Diliman. She is the author of the book “Storm of Violence, Surge of Struggle: Women in the Aftermath of Typhoon Haiyan”, which was published in the Asian Journal of Women’s Studies in Seoul, Korea. She started her advocacy work on women during her stay in Palestine through the Ecumenical Accompaniment Program in Palestine and Israel of the World Council of Churches.