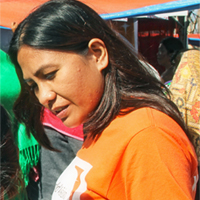 I felt like I opened her wounds. I asked a mother to relive the most painful thing she ever went through, and she gasped for air in between sobs.

She and her son struggled to stay afloat, but he was swept away by the raging waters of Super Typhoon Yolanda (Haiyan). She couldn’t do anything to save him, she said.

I didn’t know how to react.

When the storm surge subsided, she found the boy’s lifeless body near the school in Palo town. They sought refuge at the school where she teaches grade 4 pupils.

I knew for the rest of her life, she would not forget those moments.

As a communicator, my main task is to find, write, and share stories. This is quite simple and easy in normal circumstances. But in a disaster, the duty becomes complex.

It was painful listening to what she went through. I tried very hard not to cry.

It was one of a series of horrific tales I heard in the wake of the typhoon. 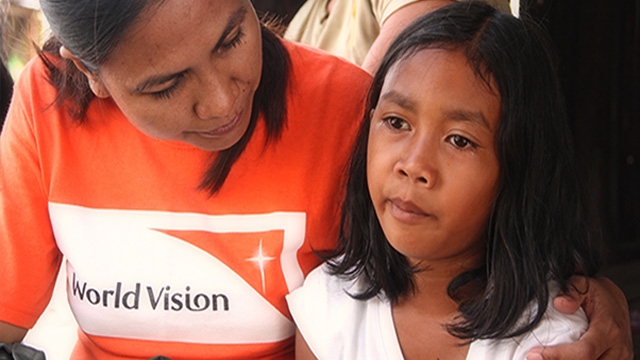 I also talked to another mother in Tolosa town. She shared how her family huddled together near a mango tree during the worst parts of the storm while their house was being flattened by the strong wind.

While the mother was retelling their ordeal, her 10-year daughter who was seated beside me suddenly cried. I hugged her; she was trembling. That was 1 month and 3 days after the typhoon. But for this girl, the memories were still very fresh.

I felt I took something very personal and precious from the survivors as they shared their stories.

I felt guilty. I made them cry and relive the most agonizing moments in their lives and left them feeling anxious.

I worried I might have made them realize they lost everything. I couldn’t find the right words as they poured out their grief. I began to doubt my work – was it actually helping anyone?

One late afternoon the following week, we passed by a group of young and old women standing near a destroyed chapel. We told the driver to pull over.

The roof and walls were totally blown by the typhoon’s strong winds. The only thing left that revealed it was a chapel was the altar with the carved images of the saints, the concrete floor, and several pews.

It was drizzling; they were praying the novena. 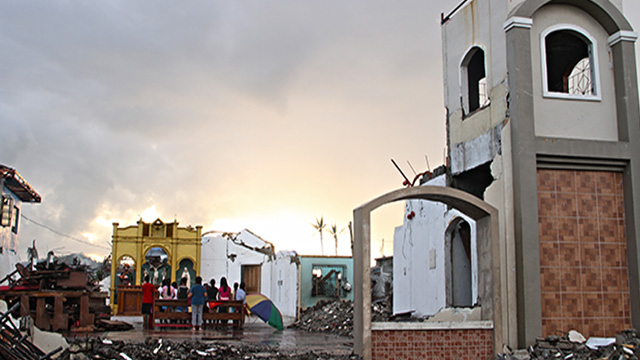 When they were done praying, I approached the old woman leading the group. I introduced myself and told her I was stirred by their faith in the face of despair.

“This is our way of thanking the Lord for sparing our lives,” she said.

“I want to inspire young people to have the faith that can withstand even the strongest typhoon,” she added.

I asked her how they were coping and what their thoughts were about the future.

“I am not very sure how, but I am certain we will be fine and will emerge stronger after this,” she replied.

We bade goodbye and apologized we didn’t have anything to offer them.

“Giving relief to survivors like us does not only mean relief goods. By merely stopping by and asking questions, by just talking to me, you bring healing. It’s the best relief I received,” she said.

I was stunned, erasing all my doubts.

Without realizing it, we help survivors when we listen to the stories they generously share without expecting anything. It gives them solace. – Rappler.com

Leoniza O. Morales is the communication officer of World Vision’s Haiyan response team. She is currently based in Tacloban City.