A message to women: Fight against violence

This essay is one of two winning essays of a national essay competition for the Global Summit to End Sexual Violence in Conflict. The summit, led by British Foreign Secretary William Hague and UN Special Envoy Angelina Jolie, will be held at the Excel Centre in London from June 10 to June 13.

When the strong wage war, it is the weak who suffer. Conflict around the world has seen many faces. Weapons have caused mass destruction, loss of life, and immeasurable physical damage. But perhaps the cruellest form are violent acts against the defenseless and the innocent.

Recently, the language of war has gone far beyond physical harm. Aggression is no longer solely defined by a soldier’s bullets but also by the unconscionable acts against the most vulnerable. In a U.N. report, 21 countries were identified where rape and sexual violence has been committed in recent conflict; many of the victims were women and children. 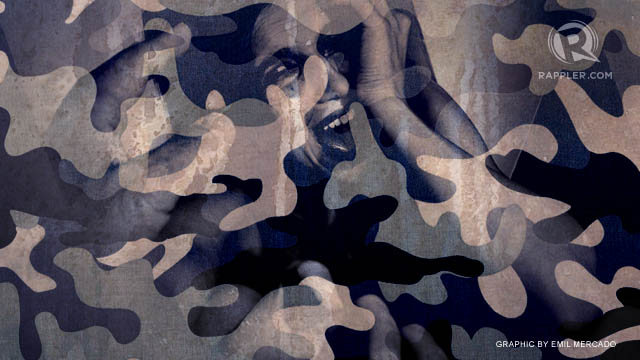 Women and children are not spoils of war. They deserve preventive protection, information and justice. The reality of conflict may be inevitable but the security of the vulnerable has to be assured. This can be enforced through awareness. Due to lack of data on sexual violence in conflict, this battle is currently being fought in the obscure. Recognition of the rampancy and graveness of sexual violence in conflict and its personal and societal impacts should be forged in civic society so that vulnerable members of society can be shielded from such threats.

Civilians, civic organizations and non-government organizations can join hands in protecting women and children in times of war or conflict. Protection, though, is not enough.

While the rest of society can safeguard our women and children, women too should be equipped with the appropriate tools to counter such abuses. As a woman myself, I too can be my sister’s keeper.

We, as women, should be empowered to protect ourselves and be equipped with the right knowledge and skills – on self-defense, evacuation procedures, negotiation strategies; the possibilities abound. Information is a powerful tool and if you strengthen the weak, you will not need the strong to protect them.

Many have fallen prey to such acts in the past and, unfortunately, many have either cached themselves in shame and fear or kept silent. Some cases have been brushed off as mere consequences of war.

Sexual violence, within the context of conflict or not – is a crime; a crime that goes beyond territory, culture or beliefs. It is an actionable offense and a violation of basic human rights. Perpetrators have to be prosecuted and punished under customary laws in the national and international level.

Women, or people of any gender for that matter, should actively call for the prosecution of such offenders. Punishment is an effective deterrent and holds a huge potential of gradually reducing incidences of abuse and gives the victims the redemption and justice they deserve. Also, we should not stop at criminalizing offenders. There is a need for a human rights-based approach towards the treatment of victims of sexual violence. Our efforts should also focus on the psychological recovery of victims and their seamless reintegration into society.

Women and children have been most susceptible to sexual violence in times of conflict. But in a woman is a fighting spirit that is born with the instinct to protect and nurture. Women should channel awareness through their professions as educators, health care providers, public servants and so on.

As the political, economic and social roles of women grow, so should their active participation in local and international efforts to put an end to Sexual Violence.- Rappler.com

Jill Angeli Bacasmas is one of two Filipinas who won the national essay competition sponsored by the British and Australian Embassies in the Philippines.

She works at the Foreign Service Institute of the Department of Foreign Affairs and is currently pursuing a Masters degree in International Studies at the University of the Philippines in Diliman.

Jill will represent the country in the Global Summit to End Sexual Violence in London from June 10-13.

Her winning entry answers the question: “What can we do to end sexual violence in conflict and how can women act as agents of change to accomplish this?”

Read the other winning essay by Reinna Bermudez