#FootballForPeace: How the Marines helped kids in Misamis Oriental

Jun 11, 2014 7:00 PM PHT
Facebook Twitter Copy URL
Copied
The Marines and the children of Gingoog City see football as a source of joy and relief. They believe that not all wars are won by guns. 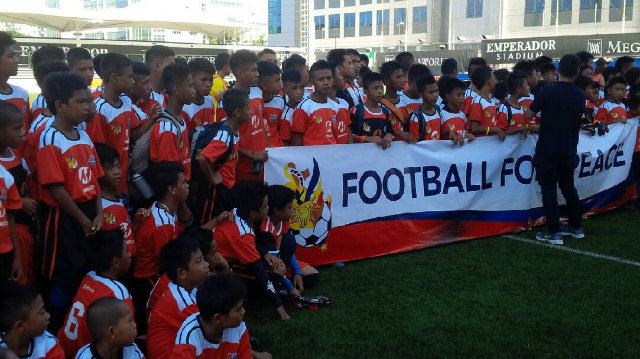 GINGOOG CITY, Philippines – Gingoog City is an agricultural area where farming is mostly the means of livelihood for many families. Although far from the economic development of its two neighboring cities – Butuan in the east and Cagayan De Oro in the west – the city is a serene and beautifully green place to live in.

It was once peaceful until leftist rebels recently disturbed its identity as the “City of Good Luck.”

They made headlines when they ambushed the convoy of then Mayor Ruth De Lara Guingona, seriously injuring her and killing two of her bodyguards.

This was the second major display of atrocity in the area. The first one was when they launched an attack in the municipality of Medina, 12 kilometers west of Gingoog City.

Some families were displaced and as a result, some children were forced to stopped schooling. For the innocent kids, the situation denied them of the thing they loved most – playing.

The government responded to the conflict by sending the 3rd Philippine Marine Company to Medina and Gingoog City.

But the Marines saw another way to end conflict in the areas – they were determined to help bring peace through sports. They saw football as something that can offer children temporary relief, with the belief that not all wars are won by guns. For them, sports can help heal the pain of bitter wars. (READ: ‘2000 balls for peace’)

Did the Marine program make a difference? The answer is a resounding yes.

The local government units, the Department of Education (DepEd), and the kids’ parents were so impressed with the initiative that they decided to make their own program to be implemented by the district schools. (READ: Football for peace in Cotabato, Maguindanao) 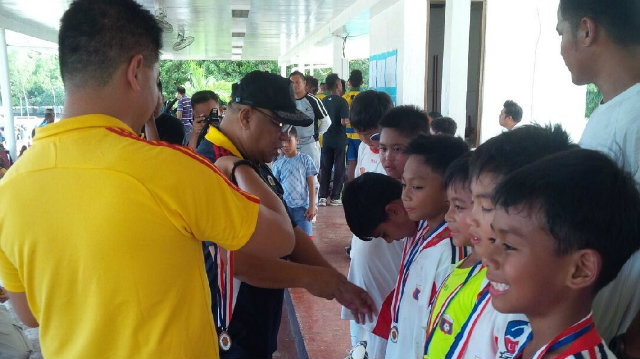 At the end of their assignment in February 2014, the Marines moved out to their next assignment in Zamboanga City. They, however, they left us good memories of playing football. They donated balls, constructed football goals, and gave trainings to young players. We all thought that was the end of the beautiful experiences they entombed in Gingoog, but we were mistaken. (READ: Indestructable dreams)

Several months after the Marines left our city, they sent an invitation to all conflict areas to the 3rd Marine Football Festival in Manila held May 11-19. (READ: Football kids from confclit areas visit Manila)

The sports event included a package tour to museums, malls, and football clinics with the Azkals, the Younghusband brothers, and the Loyola Meralco Team.

The children were exposed to a world they never knew – a world where there is peace, abundance, and quality of life. This was a far contrast from the everyday scenarios they experienced back home.

Gingoog City sent 8 children and two coaches to represent Misamis Oriental in the Football Festival. One of the young coaches is Alvin Dalauta, a son of a tenant-farmer, serves as the head coach of young football players in an elementary school.

It was only a few days of fun and sports, but it brought profound joy and a lot of positive things to the hearts of the children. By experiencing an atmosphere of peace, the children realized that they can reach their dreams through sports. – Rappler.com

Rubio Lopez is a teacher at the Elpedio G Ampatin Primary School, East District, Division of Gingoog City. He is also the Football Head Coach of the Gingoog Association of Football Club.