What’s next for hunger and poverty after 2015? 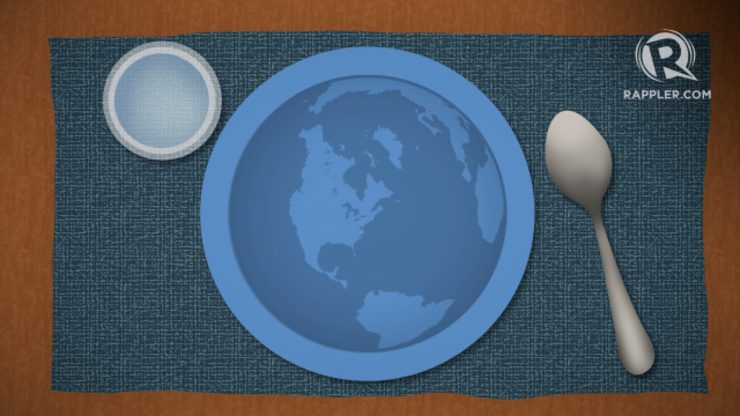 Facebook Twitter Copy URL
Copied
With the coming deadline, the next issue is how to sustain the achieved Millennium Development Goals

MANILA, Philippines – Hunger and poverty still exist globally despite the nearing expiration of the Millennium Development Goals (MDGs) in 2015.

The United Nations, together with Open Working Group (OWG,) proposed the Sustainable Development Goals as answer to the need to further strengthen the fight against problems brought about by poverty and hunger.

The SDGs, also called the Zero Draft, consist of 17 items geared towards universal application by considering the different realities, capacities, and development levels each country is facing.

The recent list contains goals ranging from ending poverty and attaining gender equality to even addressing the problem of climate change. (Read: In our response to the Arctic, we will be judged by posterity)

Leaders around the world are challenged to coincide their policy-making responsibilities with these goals throughout the 15-year duration before 2030.

Unlike the MDGs that focused on developing countries, the SDGs will be put in a global agenda, but still taking into consideration the unique characteristics and situation of each nation.

OWG said in a statement that they “affirm that there are different approaches, visions, models and tools available to each country, in accordance with its national circumstances and priorities, to achieve sustainable development in its three dimensions”.

The group also recognized the importance of the development of goals which are rendered useful for establishing actions on sustainable development that are coherent and focused.

Zero Draft was developed as agreed upon during the UN Conference on Sustainable Development (Rio+20) last June 2012.

The Philippines is not part of the Asia-Pacific Group of OWG that helped draft the list.

The 2013 MDG Report shows that several targets have either already been achieved or are within reach.

Despite major progress, one in every 8 people still go to bed with an empty stomach.

According to the report, there is also not much progress in the eradication of maternal deaths despite it being preventable. From 1990 to 2010, maternal mortality declined by 47% yet it falls short of the goal of reducing deaths by three quarters.

The United Nations explained that attaining the MDG target requires “accelerated interventions and stronger political backing” for women and children.

Meanwhile, the recent disasters that struck the Philippines were seen as hindrances in achieving MDGs, specifically targets associated with maternal and child welfare. The country even ranked 105th in the latest State of the World’s Mothers’ Index. (READ: PH ranks 105th in state of mother’s index).

The UN is expected to present the full report regarding the MDGs on 2015. The final version of the SDGs will also be unveiled the same year. –Rappler.com

Ending hunger and eliminating poverty are part of the 17 Global Goals and are important issues #PHVote 2016 aspirants should tackle! How can the Philippines achieve this by 2030? Join the conversation at Rappler’s Innovation +Social Good! Register here.