Jun 23, 2014 3:53 PM PHT
Adrienne Villaruel
Facebook Twitter Copy URL
Copied
'We are counting on you, the youth, to rise up and define your generation as the one that will finally and definitely put an end to modern day slavery,' Justice Secretary Leila De Lima says to the youth participants. 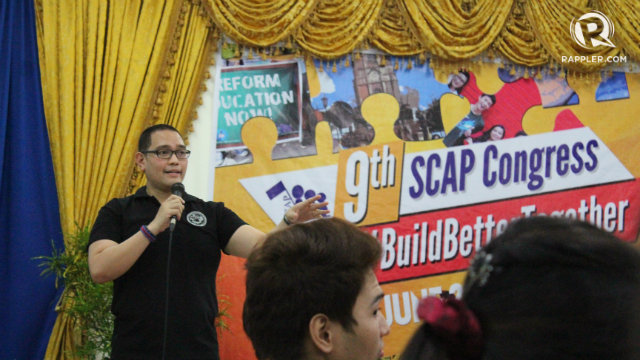 ILOILO, Philippines – “Just as thinking that the youth’s role in nation building lies in the future has become obsolete, so is the thinking that society’s problem can be solved by counterproductive acts. The best and only way to solve the problems is to actively work together to find solutions.”

These were the words from the keynote message of Department of Justice (DOJ) secretary and Inter-Agency Council Against Trafficking (IACAT) chairperson Leila De Lima.

The message was delivered by Lawyer Michelle Munoz in her behalf at the launching of the #Malaya campaign during the Student Council Alliance of the Philippines’ (SCAP) 9th National Congress in Iloilo city on Friday, July 20, 2014.

Student delegates from different universities and colleges all over the country gathered together for ‘#Malaya: Going against Human Trafficking,’ a nationwide campaign organized by the Embassy of the Netherlands, SCAP, and IACAT.

The 4-day gathering encouraged the youth sector to join the fight against modern day slavery. Representatives from the IACAT spoke to the delegates about human trafficking in the country, the laws against it, and the government’s efforts to end it.

According to the speakers, human trafficking is considered the world’s most profitable crime second to illegal drug trade. It has become an illicit global enterprise generating an estimated US $32 billion as of 2011, according to the United Nations Office on Drugs and Crime (UNODC).

The UNODC defines human trafficking as the acquisition of people by improper means such as force, fraud or deception, with the aim of exploiting them. Human trafficking may include at a minimum, prostitution, forced labour, slavery or removal of organs.

Based on a report by the UNODC, sexual exploitation is the most common form of human trafficking which constitutes 79% while forced labour make up 18%.

According to the IACAT, the Philippines is known to be a source and destination country for human trafficking.

In 2012, a DSWD data stated that there were 1,376 individual-victims of various kinds of trafficking nationwide.

In 2013, the US State Department’s Annual Trafficking in Persons Report, the Philippines retained its Tier 2 Ranking. The department stated that “the government of the Philippines does not fully comply with the minimum standards for the elimination of trafficking; however, it is making significant efforts to do so.” 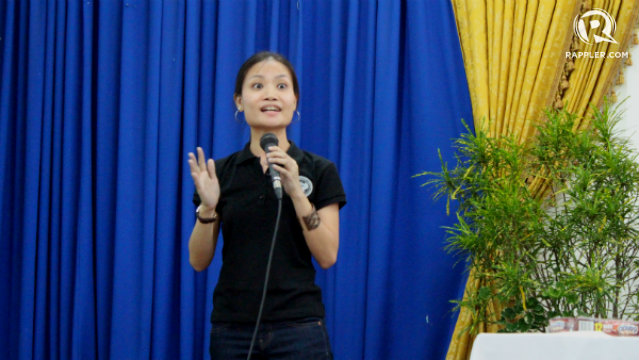 Section 20 of the Republic Act 9208 or the Anti-Trafficking in Persons Act of 2003 was the basis for the establishment of IACAT, a body responsible for the strict implementation of laws on human trafficking.

Lawyer Rea Roxas of the IACAT stressed that the fight against human trafficking is an uphill battle and that is why they are involving the youth to help in fighting it.

Roxas also presented the initiatives of the Philippine government through the IACAT:

“We are not only fighting human trafficking when it comes to prosecution and law enforcement. We want to create advocates out of people,” she explained.

She added that when trying to end something like human trafficking, people should not merely use the remedial approach – that people can prevent themselves from becoming victims by being educated.

Hope for the youth 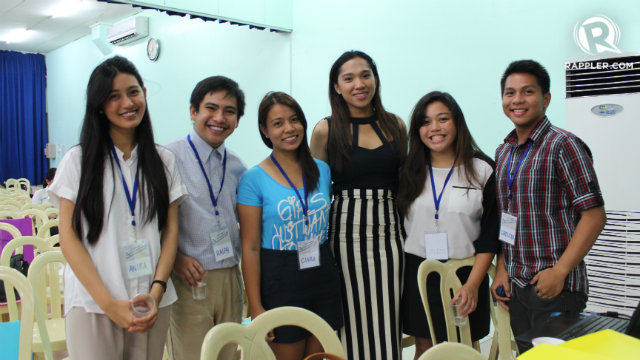 Though the youth is seen as a vulnerable sector to human trafficking, IACAT members strongly believe in their potential.

In her message, De Lima said that the saying “the children are the future” has already become passé. People must recognize that as much as they are the future, they too, are the present, she said. Largely aided by social media and modern technology De Lima believes that the youth is a formidable force in society.

“You may count on us. But we are likewise counting on you, the youth, to rise up and define your generation as the one that will finally and definitely put an end to modern day slavery,” she said.

The SCAP is the largest alliance of student leaders all over the country. With the knowledge shared to them by the IACAT and through the launching of #Malaya, the youth participants are expected to commit to the advocacy and to relay their newfound knowledge to their peers and families. – Rappler.com

Adrienne Villaruel is a Rappler mover.