The problem with unlimited rice

Jun 28, 2014 9:45 AM PHT
Jodesz Gavilan
Facebook Twitter Copy URL
Copied
A diverse diet is key to better health but in a country that's big on rice, this might be a problem 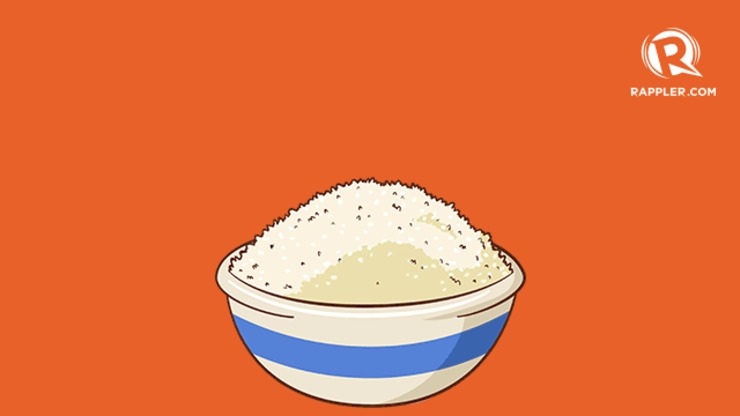 MANILA, Philippines – Considered a food staple, there is no denying that Filipinos love rice.

Most have it at least 3 times a day. A plate with no mound of steaming rice in sight is considered incomplete. If the Americans have their mashed potato with their roasted meat, Filipino households have rice for their adobo, sinigang or simply tuyo. (Read: How much rice do Filipinos consume?)

The country’s rice “addiction” is seen as an opportunity in the business sector as more restaurants have been offering the unlimited rice option in their menu. From big restaurants in malls to small neighborhood carinderias (eateries), the option has been a good marketing ploy for customers.

But did you know that despite the full stomach you’ll get after getting the most out of the usually P99-unlimited rice meal, your health might be put at risk?

Dr Cecilia Acuin of the Department of Science and Technology-Food and Nutrition Research Institute (DOST-FNRI) advised against unlimited rice as it does not promote a healthy lifestyle.

“Unlimited rice is not healthy,” she said at the launch of the 8th National Nutrition Survey results on June 26. “You can already tell that when you’re getting most from one food group, you do not have a good diet.”

Any food that belongs to the same food group also has the same nutritional value. This means that your body might miss out on more important nutrients if you eat the same thing every meal.

“It’s not the quantity that matters, but also the quality and diversity,” she said.

A diverse diet, according to Acuin, is consuming food from different groups, not having the same type of meal in a time period or over-consuming.

As each food group boasts of a unique micronutrient, consequences due to lack of vitamins and minerals can be prevented. This is called hidden hunger and it affects close to 2 billion people worldwide. (Read: Nutrition facts: Hidden hunger)

“Isa sa mga indicators ng magandang diet at pagiging healthy ay ang diverse diet,” she explained. (One indicator of a great and healthy diet is having a diverse one.)

The Philippine Rice Research Institute of the Department of Agriculture suggest that rice should take up only one-fourth of a regular-sized plate. 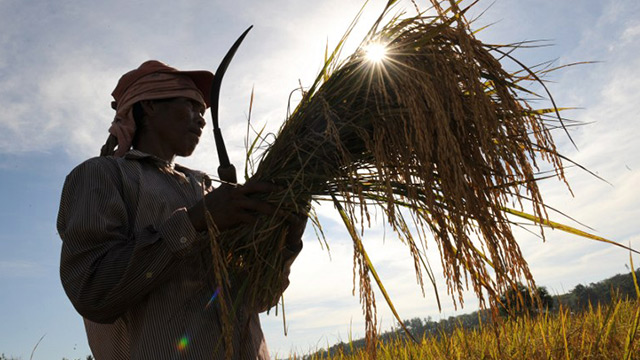 Filipinos tend to overeat rice by consuming half a regular-sized plate. Because of this, carbohydrates in the body reach dangerous levels that may result to diseases.

Meanwhile, Director Mario Capanzano of the FNRI said that the institute is looking into the possible correlation between the rise of diabetes cases in the country and the unlimited rice trend.

The price of uncooked rice shot up in recent years. Despite the agricultural nature of the country, we still import our rice. (Read: PH road to rice self-sufficiency)

Low-income communities are considered the driving force behind the high consumption of rice in the country. Long lines can be seen in any place selling NFA rice, a cheaper alternative for those belonging to poor communities to get their meal staple. It even led to the phrase “Parang pila ng NFA rice (It’s like a line for NFA rice)” to describe long queues. (READ: Filipinos’ high rice consumption fueled by the poor)

Capanzano advices Filipinos against cooking too much rice per meal as it leads to food wastage. (READ: PH food wastage: Think twice before wasting your meal)

In the Philippines, a person wastes an average of 3.29 kilograms of rice a year or almost 9 grams a day.