Then there was “fraternity.”

It’s enticing – ideal to be exact, the prospect of having instant close buddies in a world, college or university, where name recall pays, and pays big time.

At the slightest hint of trouble, they come to your rescue in the blink of an eye. It’s nice to think that in a world of uncertainty – of higher social circle standards, of heavier pressure to excel – a new found family is there for support. After all, they become your brothers after initiation. That is, if you survived it all.

They call it initiation, the rite of passage that every neophyte has to go through to become a full-fledged member. However, the rituals are shrouded in mystery – we know that it involves pain in different stages.

Count the punches, kicks, and the famous paddle hits in numbers significant to the fraternity. Tally the numbers until they are reached or until the neophyte gives up, whichever comes first.

Alas, death takes over even before the victorious sigh of relief and welcoming roars of the seniors. 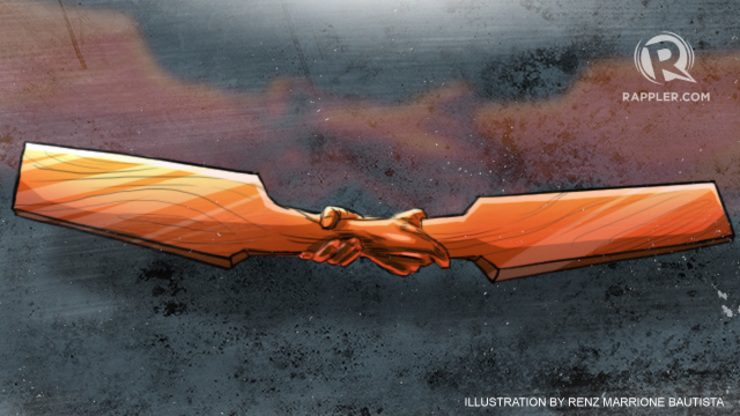 When such tragedy happens, what comes next is the news coverage about it that will last for maybe a week or until the lifeless body – in black and blue – finds its place 6 feet under.

Issues about the past hazing victims is the talk of the town, related controversial decisions of judges are reviewed, questions about the effectiveness of the Anti-Hazing Law of 1995 are raised. But since Filipinos are notorious for their ningas-kugon (habit of starting out something then leaving it unfinished) mentality, we are expecting the issue to rest in a few days until another hazing incident happens again.

Our culture,  particulalry the ‘kumpadre’ (patronage) system, pushed – and it continues pushing – students to join fraternities for reasons beyond being one of the in-crowd at school.

When fraternities enumerate its luminaries, one will be left wanting, with little hesitation, to join. After all, it’s one of the easiest ways to gain connection, to share a common denominator with some generals or lawmakers.

In these fraternities, we silently tolerate corruption even as we publicly condemn it.

Who wouldn’t be lured by the promise of easy access to public office or the corporate ladder? I wouldn’t even be surprised if those neophytes are encouraged by their parents. Or maybe, the parents are members themselves thinking they survived hazing, maybe their son will, too. Of course,  parents will not wish their children harm let alone death. I don’t know anyone who does. If there is, that’s another story.

But who’s to blame?

I like to believe those students joined joined fraternities because they wanted to, out of freewill and regardless of motivation.

I also like to think during the initiation, they believed their motivations are as valuable as their lives. That every contusion left on their body after hours of struggle will be worth the price.

We cannot blame the initiation masters for they just did their task.

And since the justice system in this country – the institution many hazing victims aspired to serve – is slow, we can only wait for conviction, if cases will be filed.

But can we just wait and watch for yet another body to be buried while parents grieve?

No Greek alphabet can hide the fact that a life was taken – life of someone who was not really treated as a brother but as an object of plain savagery.

Those lives could have been spent for a greater mission. Built around the noble purpose of brotherhood, fraternity at its inception was, well, noble. Since when did its mission plummet from building kinship to inflicting hardship?

I’m not a fan of fraternities, and this article doesn’t aim to assert I don’t need a group. It is a statement that condemns violence in any form, not the kind that masquerades as something greater than violence itself.

It happened before – a lot of times – and it happened again. It is ironic that a “brotherhood” will claim the lives of brothers and and kill young dreams. – Rappler.com

Khenard Ramil is an accountant by license and a writer by calling. He wants to be a video jock and he has  a huge crush on Miranda Kerr. Khenard thinks the biggest problem of the country is not listening to the music of Daughtry, his favorite band.