#GlendaPH response: What Albay is doing Facebook Twitter Copy URL
Copied
(2nd UPDATE) Share what your LGU is doing to prepare for disasters, and stay alert with the latest weather and disaster information through Project Agos

MANILA, Philippines (2nd UPDATE) – The province of Albay, regarded as a model for excellence in disaster management, shows how a local government should quickly respond to Typhoon Glenda (international name Rammasun).

Governor Joey Salceda led the Provincial Disaster Risk Reduction and Management Council (PDRRM) in undertaking the following steps to prepare for the typhoon which is expected to make landfall over the Albay-Sorsogon area by Tuesday evening, July 15.

On Facebook and other media, Salceda told his constituents to stay alert for regular emergency advisories through the PDRRMC Smart infoboard and local broadcast stations.

What LGUs should do

Here is a checklist on what LGUs should undertake during disasters. 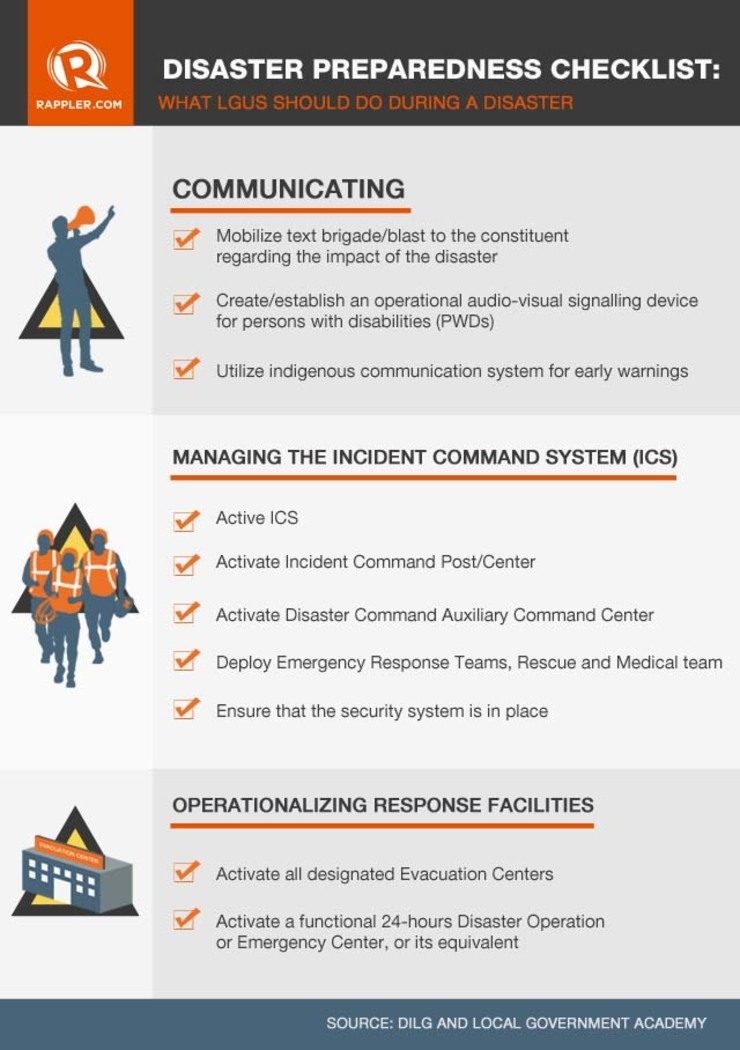 The material includes lessons from “Iba na ang panahon (Time has changed): Science for Safer Communities,” a series of workshops with LGUs initiated by Department of the Interior and Local Government, Office of Civil Defense, and the Department of Science and Technology. The workshops were conducted across the country in April and May to prepare vulnerable communities for the typhoon season. – Rappler.com

Tell us what your LGU is doing to prepare for disasters, and stay alert with the latest weather and disaster information through Project Agos.