Aug 14, 2014 9:20 AM PHT
Facebook Twitter Copy URL
Copied
Youth leaders from different parts of Luzon gather to talk about how the youth can effectively participate in disaster risk reduction and management 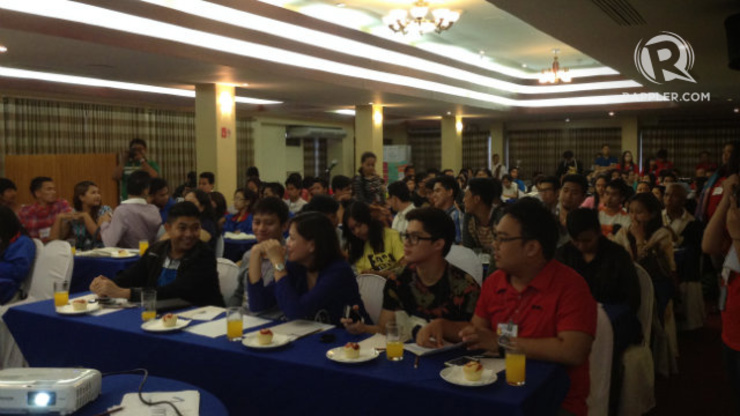 “Kailangan nilang [youth] may involvement kasi diba at this stage they are grasping a lot of knowledge about disasters. They could think of something much relevant in times of disasters, to address not only the youth sector but also the children and elders,” the University of Caloocan City student said.

He, and a hundred more youth participants, gathered to discuss how young Pinoys can actively participate in disaster risk reduction at the community and national levels.

The National Youth Commission (NYC) organized the two-day consultation workshop from August 11 to 12, as part of its celebration of International Youth Day.

Hailing from different parts of Luzon, the youth participants were divided into groups to discuss the four areas of disaster risk reduction and management (DRRM): prevention and mitigation, preparedness, response, and rehabilitation and recovery.

(What is the role of the youth in disaster risk reduction? We assume many roles, but usually [they are] reactionary. We want them to be part of the whole DRR cycle)

The Philippines is no stranger to disasters. Its location along the Pacific Ring of Fire and the typhoon belt makes it prone to typhoons and other calamities.

Though disasters affect everyone, it is the vulnerable sectors of society – the poor, the women, and the youth – that suffer the worst harm.

According to the NYC, the youth make up 28% of the population or about 28 million people. By the sheer the number, the government agency says, youth involvement disaster preparedness and response is necessary to build more resilient communities. In particular, the NYC wants young people to be included in the planning and decision-making of local governments nationwide.

(During disasters, youth organizations are among the first ones to be called. We want them involved from the very beginning – during planning.)

“Magiging sobrang malaman yung output nito,” Dantes added. (The output [from this workshop] will be fruitful.) 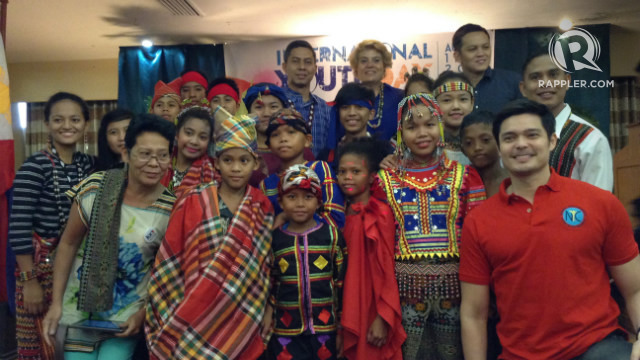 Voltaire Tupaz, coordinator for Rappler’s citizen engagement arm – MovePH, said that another way by which the youth can help during disasters is through the use of social media.

In this age of social media, where most young people have Facebook and Twitter, one can share and be informed of the situation on the ground in real-time, making it easier for authorities to respond during disasters.

Tupaz introduced Rappler’s Project Agos, an online platform that combines social media and technology to maximize the flow of critical information before, during, and after a disaster. (Read:#ProjectAgos: One-stop shop for climate change)

Dantes said that even through simple things like reposting information on typhoons or floods, the youth can actually contribute a lot to increasing awareness about disasters.

(Everyone wants to do something. They become aware of what’s happening. They know they can contribute something.)

According to the NYC, although there are existing campaigns to promote youth participation in disaster prepapredness, such as the United Nations International Strategy for Disaster Reduction, the youth are still ‘left out and heavily reliant on adults.’

The agency said there was a lack of knowledge of the DRRM law and the lack of dialogue with the youth on disaster preparedness, adding that their views should be presented if the country wants holistic DRRM programs.

The NYC will send the results from the workshop to the National Disaster Risk Reduction and Management Council (NDRRMC) for their reivew.

With more rounds of workshops in Visayas and Mindanao planned, Dantes hopes that the youth will finally be represented at all levels of disaster management, from the national down to the local level.

The NYC is part of the Project Agos partnership program. – Rappler.com

Be a Project Agos volunteer or partner and help report critcial information such as flooded areas, damaged roads, or people in need of rescue. The crowdsourced data can be used by disaster management agencies to mobilize response teams to affected areas.