Aug 14, 2014 5:43 PM PHT
Jodesz Gavilan
Facebook Twitter Copy URL
Copied
The Philippines is one of the top nations with the least number of exclusively breastfed children despite its full implementation of the Milk Code 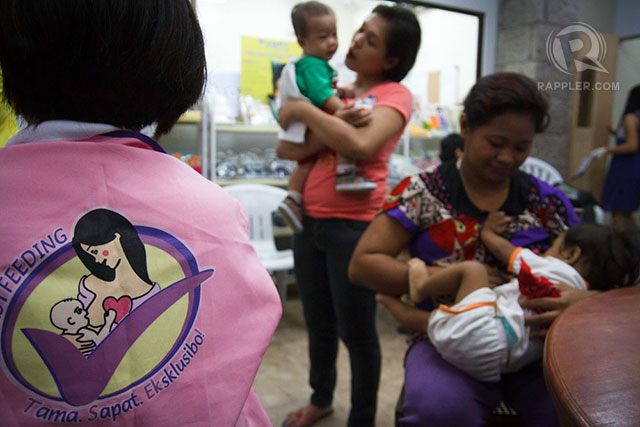 MANILA, Philippines – The situation of the Philippines’ breastfeeding culture is ironic.

According to the United Nations Children’s Fund (Unicef), the Philippines is one of the 37 countries that fully implements the International Code of Marketing of Breast-milk Substitutes through its Milk Code.

The International Code maintains that there should be no form of advertising or promotion of milk formula to the public, and medical authorities are expected to play a part in the promotion of exclusive breastfeeding in the country.

Its local counterpart, Executive Order No. 51, was enacted in 1986. It institutionalized the international code and ensures the firm protection of the breastfeeding culture in the country. (READ: Who’s violating the Milk Code?)

Almost 29 years since its full implementation, surveys show that Filipino mothers have yet to fully grasp the benefits of feeding their infants exclusively with their breast milk. (READ: Why you should care about breastfeeding)

The Unicef and the World Health Organization (WHO) recommend that infants be fed only breast milk for the first 6 months of their lives.

But in the Philippines, only 34% of infants under 6 months are exclusively breastfed. The Unicef’s 2014 State of the World’s Children report also shows that only 34% continue breast milk intake until two years old.

Most mothers opt to use milk formulas for various reasons such as alleged inability to produce breast milk and time constraints.

Although an improvement from 2011’s 27%, these findings still put the country among the top nations with most children not exclusively breastfed.

Recent data on child malnutrition in the country can be attributed to the low number of children breastfed as infants.

The 8th National Nutritional Survey of the Food and Nutrition Research Institute (FNRI) shows that almost 20% of children under 5 years old are considered malnourished. (READ: What’s the nutritional status of Filipinos?)

The Department of Health (DOH) hopes that its campaigns such as Breastfeeding Tama, Sapat, Eklusibo (TSEK), would encourage mothers to wean their children from milk formulas.

Almost 6,000 barangay support groups have been established, with more than 23,000 trained counselors, to raise awareness on the benefits and importance of breastfeeding. Aside from disseminating information on campaigns, they are also tasked to inform communities about the existing related laws. 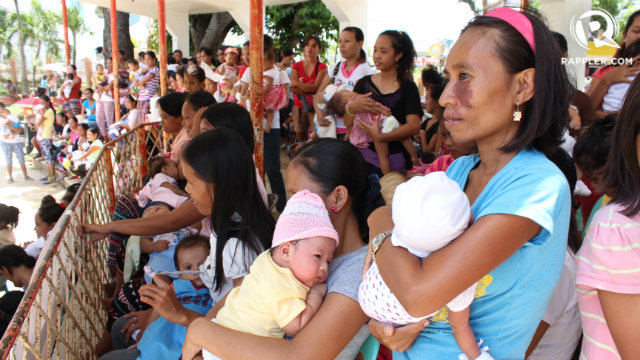 Enemy of the cause

The Philippine Coalition of Advocates for Nutrition Security (PHILCAN) believes that there is no need to change existing laws on breastfeeding in the country. The problem could be solved by effective implementation.

“We don’t need to amend or put up a new law. We just need to make this work,” said Deewai Rodriguez of PHILCAN and Action Against Hunger.

The enemy, PHILCAN pointed out, is the milk formula industry.

“Any discussion may become the floodgate of amendments that we do not want to face,” Rodriguez explained.

Advertisements of breast milk substitutes in the Philippines amounted to more than $100 million in 2006. These ads often give misinformed claims and false promises regarding milk formulas at the expense of the child’s health.

According to Dr Anthony Calibo of the Family Health Office of DOH, only a few milk companies abide by the Milk Code. But the violations often go unreported due to lack of awareness.

In reporting Milk Code violations, DOH is using a health system-approach. This means that violators should be directly reported to concerned authorities.

For example, Calibo shared, a health professional can be reported to the Professional Regulation Commission (PRC), while the Food and Drug Authority (FDA) can be notified when it comes to packaging concerns. They are also aiming to put up regional centers for milk code violations.

In the end, what is important is to properly educate those directly involved in a child’s life on the benefits of breastfeeding.

“If mothers know how easy and good breastfeeding is, then we will win the battle,” Unicef Country Director Lotta Sylwander said. – Rappler.com

August is Breastfeeding Awareness Month! See related stories on the importance of breastfeeding: