Bound for London via Chevening

I first read about the Chevening scholarship when I was a sophomore at the University of the Philippines. It is what one could call a “designer label” scholarship.

In addition to covering the tuition of a UK-based university and providing airfare, a monthly stipend, and other allowances, it is known to have high standards for selection, seeking young leaders who have the potential to make a significant contribution to society.

From then on, I researched courses and schools I could apply to in 4 years. The goal then was an MA in Literary Linguistics at the University of Birmingham. I was confident that I could meet the qualifications. They were simple enough: be a Filipino citizen; return to the Philippines at the end of the course; hold a degree equivalent to at least an upper second-class honours degree in the UK; pass the English language test requirements; have at least two years of work experience; obtain a visa; and get into a UK university. 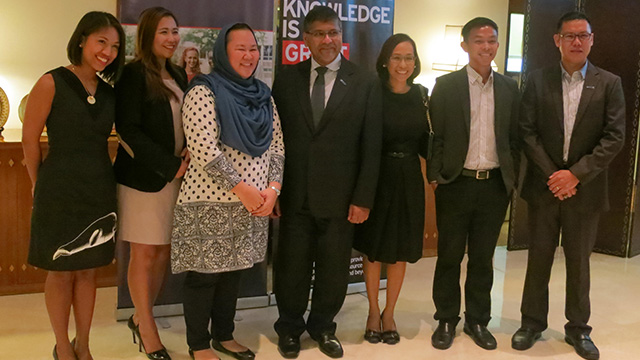 Six years later, I found myself at UK Ambassador Asif Ahmad’s house, being introduced as one of the 8 Chevening scholars for 2014-2015. “The expectation is for the scholars to come back and invest their talent in the Philippines,” he said. “That is what this country desperately needs.” 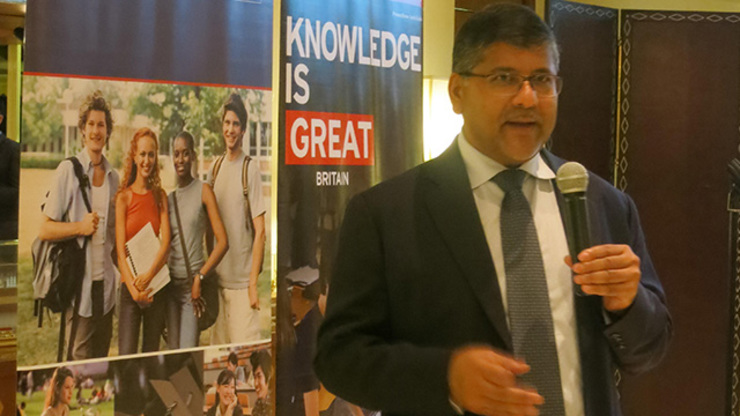 “We want them to come back and invest their talents in the Philippines.” -UK Ambassador Asif Ahmad

The dream to get the scholarship remained, but by this time, my goals and vision had evolved. The website enumerates the qualifications and requirements, but the scholarship also demands more personal ones.

My 20-year-old self wanted the scholarship because it was prestigious and it seemed cool to live and study abroad for free. But as I discovered my passion for marine conservation and community development, my views changed.

After I graduated, I plunged into the tough, sometimes depressing and often inspiring, underwater world armed with nothing but my English degree and idealism. I first shelved the idea of pursuing further studies because I had an  appetite for learning by experience. This resulted in me co-founding an NGO, establishing a community-based project in a far-flung island, failing many times, and building my resilience and optimism.

Applying for the scholarship

In 2013, I felt I was ready to apply for postgraduate studies and the Chevening scholarship because, oddly enough, I knew that with or without the latter, I would continue what I was doing. But I also knew that the scholarship would help me gain the credibility, network, and technical knowledge that I needed to take my advocacy to a higher level.

My 20-year-old self wanted the scholarship because it was prestigious and it seemed cool to live and study abroad for free.

The Chevening application process involves applying to 3 schools (which was nerve-racking and expensive already) and an initial screening based on personal statements. If you make the shortlist, a panel interview would be scheduled. I almost withdrew my application due to a newly sealed employment opportunity and out of town trip, but the stars aligned and the trip was cancelled due to bad weather.

The panel interview usually has 3 members: a Chevening alumnus and two representatives of the UK Embassy, including a designated “Simon Cowell,” or the one that asks the hardest questions. Mine, held in early April, was like a thesis defense on steroids. They wanted to know what my 10-year plan was and how I intended to get there, and grilled me on the local and international environment and climate change scene.

The UK Embassy got in touch with the selected scholars in late May. My first reaction was, “Are you sure?!” 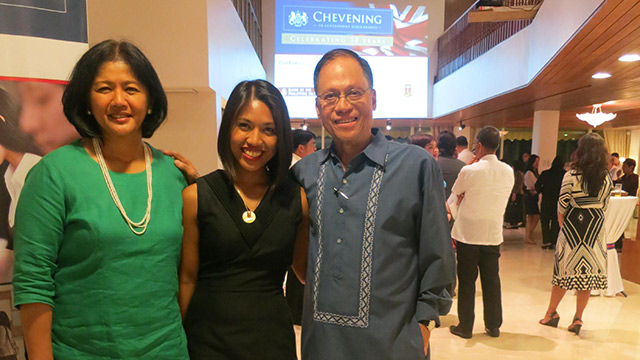 We started out as a batch of 12 scholars, but 4 had to decline for various reasons. Now, we are 8, and we come from diverse backgrounds and will all be pursuing different courses all over the UK. “There is no quota for any discipline,” reminded Ambassador Ahmad at the Chevening sendoff last night.

The current and future applicants of the Chevening scholarship are luckier, as the UK Embassy is committed to select over 20 scholars from all over the country next year. Of this number, at least five potential leaders engaged in the Comprehensive Agreement on the Bangsamoro are expected, as part of the UK’s commitment to support the Mindanao peace process. -Rappler.com

Don’t miss out on this opportunity. To apply for the Chevening scholarship, visit http://www.chevening.org/philippines/.

26-year-old Anna Oposa is a writer by profession and marine conservationist by passion. She is the co-founder of Save Philippine Seas, a movement to protect the country’s abundant but threatened marine resources. She will be studying MSc in Conservation Science at the Imperial College London.